Home
Stocks
Key Words: Sen. Sherrod Brown inquires of Treasury’s Steven Mnuchin: ‘How many workers should give their lives to increase the GDP or the Dow Jones by a thousand points?’
Prev Article Next Article
This post was originally published on this site 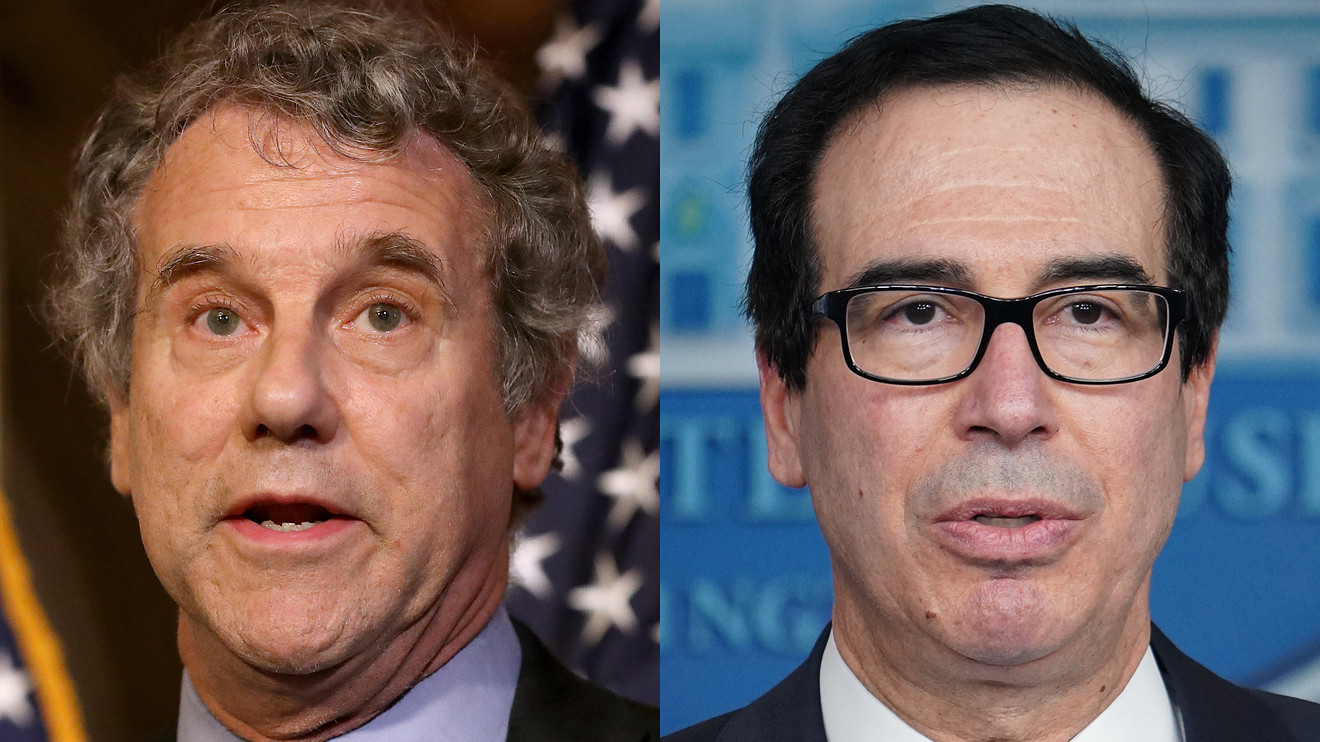 “ ‘How many workers should give their lives to increase the GDP or the Dow Jones by a thousand points?’ ”

That line came from Democratic Sen. Sherrod Brown of Ohio in a tense exchange on Tuesday with Treasury Secretary Steven Mnuchin over efforts to reopen the U.S. economy after lockdowns triggered by the coronavirus pandemic.

Brown said he was hearing from experts that it was not safe to reopen the economy until there were better worker protections, including more testing, contact tracing and protective equipment. The senator said President Donald Trump has failed to lead the country on these matters.

“No workers should give their lives to do that, Mr. Senator, and I think your characterization is unfair,” Mnuchin responded. “We have provided enormous amounts of equipment. We’ve worked with the governors. We’ve done a terrific job of getting…”

Brown then cut off Mnuchin, saying he wouldn’t let the Treasury boss “make a political speech.” Their exchange came during a virtual Senate hearing on relief programs.

The Dow Jones Industrial Average DJIA, -0.34% was trading in the red Tuesday after the main U.S. stock gauges closed sharply higher on Monday. The Dow is down 14% in the year to date, but the blue-chip benchmark has rallied from a March low.

Trump has said the economy has to get going again, and states continue to lift restrictions on business and personal activity imposed about two months ago to combat the spread of the coronavirus causing the disease COVID-19.

In Brown’s home state of Ohio, May 4 brought a reopening for offices, warehouses, manufacturers and construction companies. Retailers and service businesses were able to open on May 12, according to MarketWatch’s report on moves by various states.

More broadly, Brown said he remains outraged that Senate Majority Leader Mitch McConnell has held the Senate in session for three weeks, requiring legislative staff, Capitol police and cafeteria and custodial workers and others, to report for work, contrary to public health guidance, as he and his fellow Republicans pursue their own Senate priorities and not the needs of American families and communities.

The Kentucky Republican sees no urgency in responding to those latter exigencies brought on by the pandemic, Brown said — “those are his words: no urgency.”