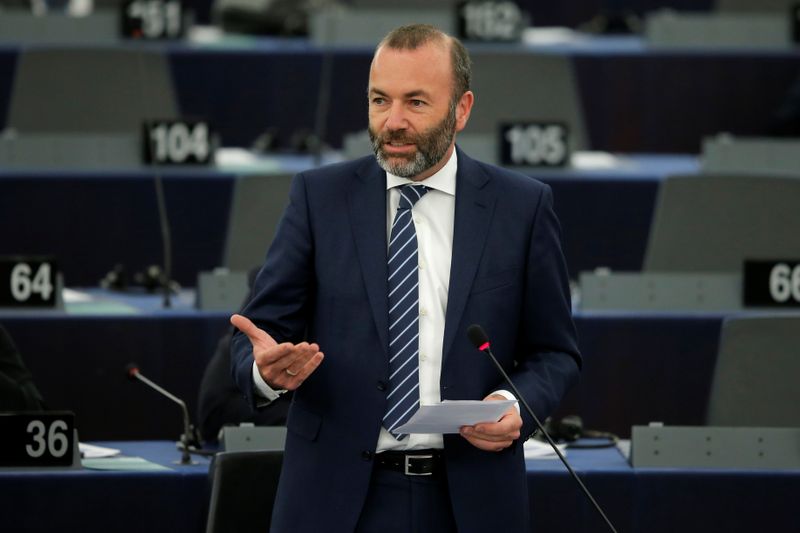 Manfred Weber, a senior German conservative and head of the centre-right EPP grouping in the EU Parliament, told Germany’s Welt am Sonntag newspaper that he was in favour of declaring a twelve-month ban for Chinese investors who want to buy European firms.

“We have to see that Chinese companies, partly with the support of state funds, are increasingly trying to buy up European companies that are cheap to acquire or that got into economic difficulties due to the coronavirus crisis,” he said.

The European Union therefore should react in a coordinated way and put an end to the “Chinese shopping tour” by imposing a twelve-month moratorium on sales of European companies until the coronavirus crisis is hopefully over, Weber said.

“We have to protect ourselves,” he added.

China and the EU launched negotiations on a comprehensive investment agreement in 2013, and have held numerous rounds of talks since then. Sticking points have included reciprocal market access and a level playing field.

Chinese and EU leaders are slated to meet at a special summit in September, though the coronavirus pandemic has cast some doubt on whether the meeting can go ahead as planned.

“China will be our biggest competitor in the future, in economic, social and political terms,” Weber said. “I view China as the strategic competitor for Europe, that represents an authoritarian model of society, that wants to expand its power and replace the United States as a leading power.”

Europe should take China seriously and show respect for the country as a world power, “but above all we have to be vigilant,” Weber said.

The move comes at a time when Europe’s biggest economy, and the EU as a whole, are reconsidering relations with China in the face of increased investment in critical sectors by Chinese state-owned enterprises.

German officials have described the Chinese takeover in 2016 of Bavarian robotics firm Kuka (DE:KU2G) as a wake-up call that underlined the need to shield strategic parts of the economy.

An attempt by China’s State Grid in 2018 to buy a stake in power grid operator 50Hertz also focused German minds. After Berlin failed to find an alternative private investor in Europe, German state-owned bank KfW stepped in to keep the Chinese out.