Home
Stocks
Microsoft, Visa and others worth combined $11.5 trillion want Congress to include climate in COVID-19 recovery plan
Prev Article Next Article
This post was originally published on this site 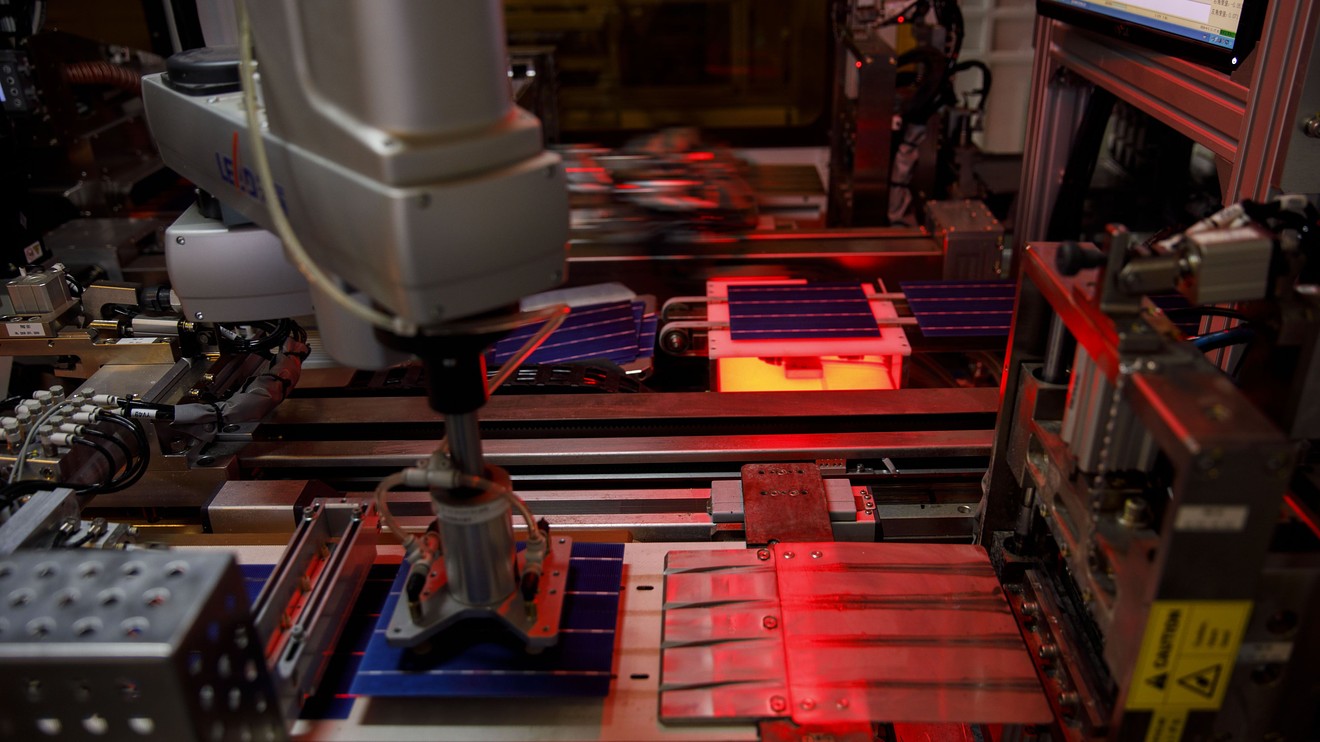 The businesses, in lobbying Congress Wednesday through an effort they call LEAD on Climate 2020, represent combined annual revenues of more than $1 trillion and a shared market valuation of nearly $11.5 trillion. They employee more than 3 million people. The group, supported by sustainable investing advocates Ceres, claims they are the largest ever to advance a call to action from the business community to Congress on climate change.

Read:Microsoft aims to be ‘carbon negative’ by 2030

House Democrats unveiled their opening bid Tuesday in the next debate on Capitol Hill over how to fight the coronavirus and revive the economy. The sweeping bill, projected to cost a little over $3 trillion, was set to be voted on at the end of the week. The proposal includes bolstering the direct payments program put in place in the $1.8 trillion coronavirus bill passed in late March, additional monies for state and local governments, and extending the expiration date for some unemployment benefits related to the pandemic.

The businesses behind the pledge want Congress to work toward putting Americans into clean-energy jobs, as well as foster an accelerated transition to a net-zero emissions economy by 2050 or sooner and provide more investment in sustainable infrastructure. The business leaders also urge Congress to consider a goal of reaching net-zero emissions by 2050 and setting a carbon price. Setting a market-based carbon price remains a policy sticking point in a divided quest for a solution to man-made accelerating climate change, although has been increasingly, if slowly, adopted.

Some economists believe that raising the cost of burning coal, oil and gas can be a cost-effective way to curb emissions. But countries using the practice have found it politically difficult to set prices that are high enough to spur truly deep reductions in emissions. Many carbon pricing programs today are fairly modest.

Several participants LEAD on Climate call for plans that put the U.S. on a 1.5° Celsius warming target, the more aggressive end of a range of temperatures deemed a manageable level of average warming in coming decades by the Paris Climate accord and other initiatives. The Paris pact, for instance, has called for slowing to at least 2°C by 2050.

Read:5 ways to slow global warming that share the burden with the oil patch: McKinsey

The LEAD on Climate businesses include more than a dozen Fortune 500 firms as well as trade associations, including the skiing-tourism sector, medium and small businesses from all 50 states. The companies and investors calling for climate action as part of economic recovery efforts span across the American economy, including retailers, manufacturers, health-care services, food and beverage companies, outdoors industries, technology companies and energy providers.

The high level of participation is notable given the disruption most of the companies and investors are experiencing due to the economic collapse, as well as the current social distancing constraints on in-person advocacy.

This increased corporate and investor policy engagement comes at a time when the consequences of the climate crisis have never been clearer or more dire. Last year, carbon dioxide levels in the atmosphere were at their highest levels in at least the last 800,000 years, and the World Meteorological Organization recently found that the last decade was the hottest on record.

As U.S. and global emissions have steadily grown over the years, so has corporate and investor ambition to reduce emissions even amidst the current pandemic. In April, General Mills committed to source 100% renewable electricity by 2030 after joining the RE100 global corporate initiative, while both the clothing brand Eileen Fisher and the commercial real estate company JLL had their ambitious science-based targets approved by the Science Based Target initiative to limit their greenhouse gas emissions in line with the 1.5 degrees Celsius ambition of the Paris Agreement. All three belong to LEAD on Climate.

Also announced Wednesday, Rep. Alexandria Ocasio-Cortez, the New York Democrat, will co-head the climate policy group that presidential contender Joe Biden has set up in collaboration with his one-time rival Bernie Sanders, his campaign confirmed on Wednesday. The panel’s other co-chair will be former Democratic presidential nominee John Kerry, a Biden ally who helped craft the Paris climate accord when he was President Barack Obama’s Secretary of State. Ocasio-Cortez and co-writers of a proposed New Green Deal share some of the objectives of the LEAD on Climate effort, including green-job promotion.

Below, select quotes from the participants:

“Today we have a health crisis, an economic crisis and a climate crisis all happening at once. The best solutions will tackle all three together. We have a distinct opportunity at this unique moment in history to define what we want our future to look like,” said Patrick Flynn, vice president for sustainability at Salesforce.

“At Nestlé, our ambition to achieve zero net greenhouse gas emissions by 2050 is at the heart of our strategy to build a resilient business,” said Meg Villarreal, government affairs manager at the food giant.

“We urge Congress to enact policies that leverage private sector investment and innovation, such as a carbon dividend,” said Hannon Armstrong HASI, -5.68% Chairman and CEO Jeffrey Eckel. “This is how we turn the tide on the climate crisis and propel our country toward a thriving economy that is good for people and the planet.” Hannon Armstrong is the first U.S. public company that provides capital to companies in energy efficiency, renewable energy and other sustainable infrastructure markets.

“Policymakers must ensure that the decisions that are being taken today to rebuild our economy also factor in the dire climate consequences that are not too far behind,” said Mindy Lubber, CEO and president at Ceres. “They have the potential to reshape a new resilient economy in fundamental ways that prevent the next climate-fueled crisis.”

“Through smart investments in infrastructure and clean energy, we can create and build on industries and pave the way for family-sustaining careers, all while keeping our families healthy and making our communities more resilient for decades to come,” said Rep. Kathy Castor, a Democrat of Florida, and chair of the U.S. House Select Committee on the Climate Crisis.

“Cement and ultimately, concrete, is a fundamental part of society, literally creating the foundation and structure of every city and community in the United States,” said Jamie Gentoso, CEO, U.S. Cement at LafargeHolcim. “As the leader in cement manufacturing in the U.S., LafargeHolcim actively seeks ways to decrease our carbon footprint. In participating with such a diverse, accomplished group of companies, I believe our combined experience, expertise and advocacy efforts will prompt Congress to take action on the climate crisis.”

“In the face of a global pandemic, America’s farmers have displayed tremendous resolve to ensure we remain fed and fueled—but grower profitability is at even greater risk due to the economic impact of the virus,” said David Perry, CEO of Indigo Ag. “By paying farmers for storing carbon in their soil we can create a new income stream for farmers during this challenging time, while leveraging one of the most scalable, affordable and immediate opportunities to address climate change: agriculture. Indigo is proud to stand by industry-leading companies to encourage Congress to build back better with climate positive stimulus funding, including incentives for agricultural carbon sequestration.”

“Tiffany & Co. TIF, +0.03% has long been committed to operating in a manner that respects both people and the planet,” said Anisa Kamadoli Costa, chief sustainability officer at Tiffany & Co. “Businesses must continue to lead in this way but cannot tackle climate change alone. We need smart public policies to advance our economy while protecting society’s most vulnerable citizens and facilitating a net-zero emissions future.”

“The ski industry has been increasingly vocal about the need for climate action at the federal level. Now, the opportunity exists to rebuild our economy and future focused on renewable, clean energy,” said Kelly Pawlak, president and CEO, National Ski Areas Association. “Ski areas have paved the way for other small and rural businesses by installing and investing in wind and solar energy, and making broad-scale change to their operations to reduce their carbon emissions. This pandemic has given us a preview of the havoc climate change can wreak on our industry, and our way of life. It’s time to raise our collective voice and advocate for the policies that ensure a sustainable future.”