Home
Market
Qatar Airways sees slow recovery in travel from pandemic
Prev Article Next Article
This post was originally published on this sitehttps://i-invdn-com.akamaized.net/trkd-images/LYNXMPEG4A1DH_L.jpg 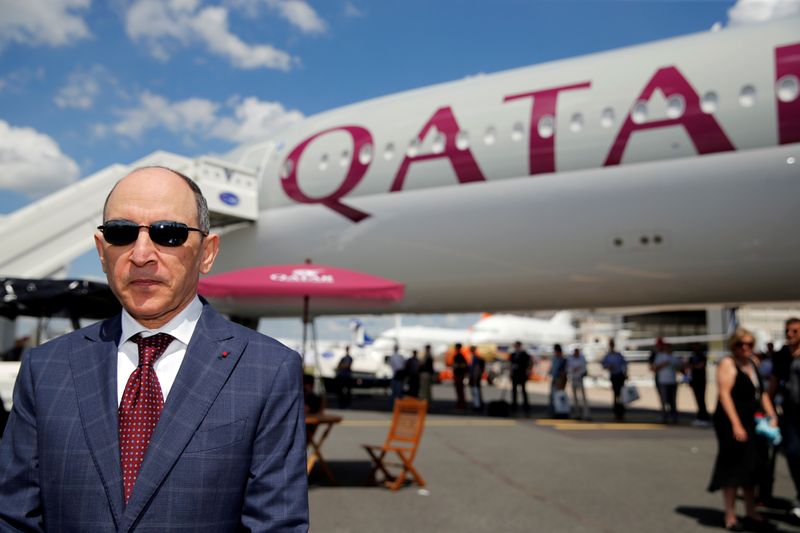 The state-owned airline is one of only a few to have maintained some scheduled passenger flights through the pandemic. Earlier this month, it said it would start rebuilding its network in anticipation of governments easing travel restrictions.

Qatar Airways expects to fill between 50% and 60% of seats on flights over the coming weeks as it reopens more routes and increases the frequency of flights.

“There are still a lot of people stranded around the world, (and) people who want to go and visit their loved ones,” Akbar al-Baker told Reuters by phone.

But Baker said he would be “very surprised” if travel demand recovered to pre-pandemic levels before 2023/2024.

He also said many business travellers may never return, having become accustomed to working remotely, while job losses and business closures would also have an impact.

Qatar Airways will reduce flights to some destinations and its fleet will become 25% smaller, with some aircraft grounded and others returned to lessors, Baker said.

It plans to nearly triple its network by June 30 to about 80 destinations, mostly in Asia-Pacific and Europe. It flew to 165 cities before the pandemic.

The airline also said it would give away 100,000 return economy class tickets to frontline healthcare workers around the world as a thank you for their efforts in fighting the virus.