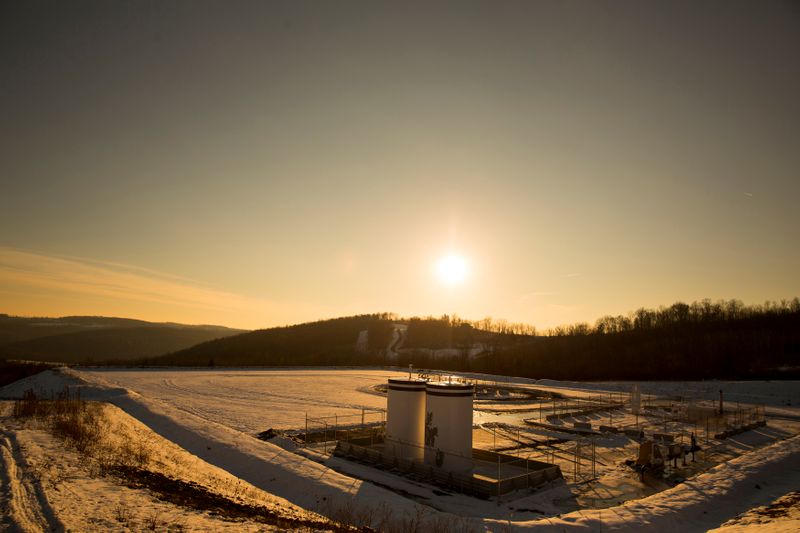 NEW YORK (Reuters) – Chesapeake Energy Corp (NYSE:CHK) said it would prepay a total of $25 million in incentive compensation to 21 top executives to ensure they are motivated, even as it prepares to file for bankruptcy protection to tackle its nearly $9 billion debt pile.

The Oklahoma City-based company, co-founded by late wildcatter and outspoken natural gas proponent Aubrey McClendon, has been struggling with an unprecedented rout in oil and gas prices, as the coronavirus-driven economic downturn saps energy demand. Reuters reported last month that Chesapeake was in discussions to line up bankruptcy financing.

The move comes as investors are closely monitoring executive pay at struggling energy firms after Whiting Petroleum (NYSE:WLL) Corp and Diamond Offshore Drilling (NYSE:DO) changed incentive programs for their senior management teams in the days before filing for Chapter 11 last month to award them cash sums.

“The board and compensation committee, with the advice of their independent compensation consultant and legal advisors, determined that the historic compensation structure and performance metrics would not be effective in motivating and incentivizing the company’s workforce,” Chesapeake said in a regulatory filing published on Friday.

Executive officers, including CEO Robert Lawler, will earn half their incentive compensation based on their continued employment for a period of up to 12 months and half based on achieving certain incentive metrics, the company said.

Moreover, Chesapeake added it would convert its annual incentive plan for other employees into a program that would pay “cash retention payments earned on a quarterly basis over a 12-month period”. These payments are also contingent on continued employment, according to Chesapeake.

Chesapeake’s stock has fallen by 91% this year. The company completed a reverse stock split in April to avoid being delisted from the New York Stock Exchange.