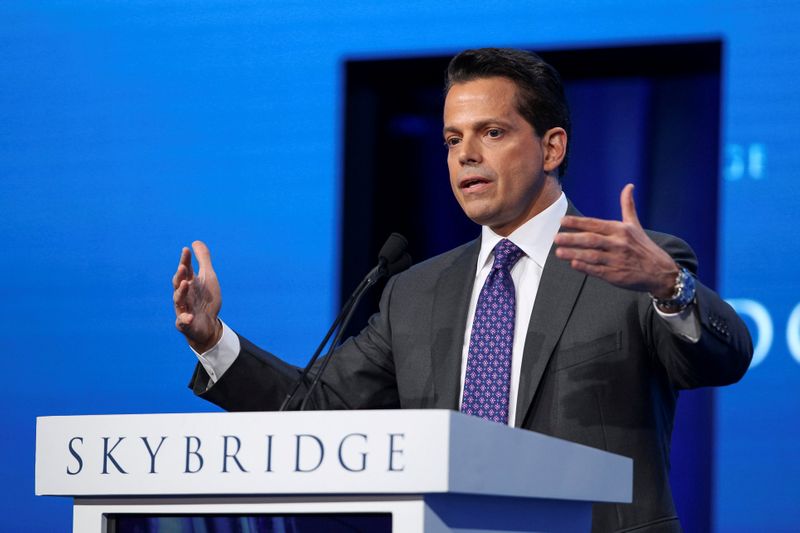 BOSTON (Reuters) – Investors in SkyBridge Capital asked for hundreds of millions of dollars back after the fund suffered a 23% loss in March when investments made by its debt-focused hedge fund managers soured, Anthony Scaramucci wrote in a letter to clients, saying he was “embarrassed” by the loss.

“Redemptions were approximately 9.3% of assets as of March 31, 2020,” Scaramucci wrote about the firm’s main portfolio, called Series G. The letter was dated April 23 and seen by Reuters on Friday. The firm manages $7.7 billion in assets.

SkyBridge, which invests with a handful of hedge funds, in turn submitted redemptions of more than $1 billion to these managers in order to pay back its investors and shift around its investments.

He also detailed the Series G portfolio’s March losses, described new investments and said that a long-serving executive who had planned to retire was returning to full-time service.

“We have to do better, and we will,” Scaramucci wrote, noting that the fund made a $170 million investment with $22 billion hedge fund manager Canyon Partners on April 1, having waited for a distressed credit cycle to make the investment.

Ray Nolte, SkyBridge’s long-time co-chief investment officer who had been transitioning into an advisory role, is back full time for at least two years. “He is energized by the opportunity to lead the investment team and, once again, produce the attractive returns that marked the past fifteen years,” Scaramucci said.

Scaramucci himself returned to SkyBridge, the firm he founded in 2003, after a planned sale to Chinese conglomerate HNA Group fell through in 2018. He spent 11 days as the White House communications director in 2017 and has since spoken out widely on economic and political topics.

SkyBridge’s heavy investments in structured credit — a bet that helped it a few years ago — contributed to this year’s heavy losses, the letter said. Angelo Gordon Mortgage Value Partners funds, Medalist Partners Harvest funds, and Axonic Credit Opportunities funds hurt SkyBridge the most, the letter said, noting that the funds were “insufficiently hedged relative to their peers.”