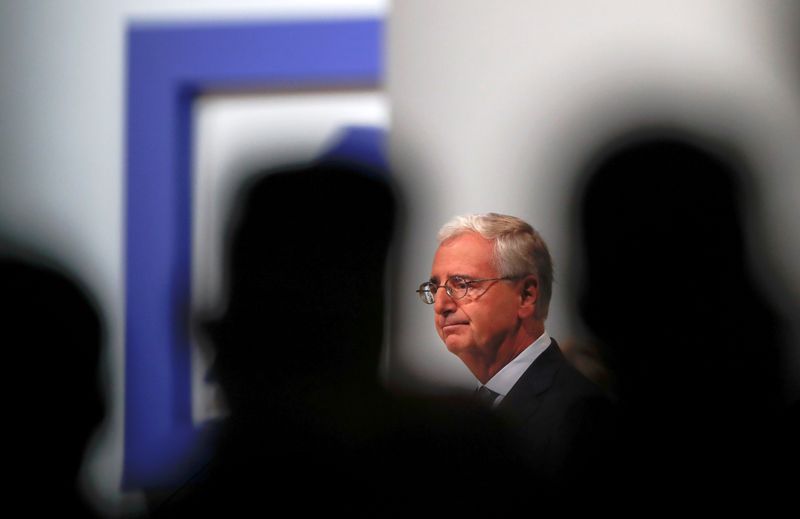 The comments by Germany’s Union Investment, a top 20 shareholder in the bank, is a rare public endorsement in the succession wrangling that has so far largely remained behind the scenes.

Achleitner, whose second-five year term as chairman ends in 2022 and has been under pressure to leave earlier, has been working on a succession plan, according to people with knowledge of his thinking.

Weimer is a top contender to replace Achleitner, some of those sources have said. Weimer is up for election to fill a spot on Deutsche Bank’s supervisory board at the lender’s annual general meeting (AGM) on May 20.

“After his departure from Deutsche Boerse, we believe he would be a suitable successor to Mr. Achleitner.”

Investors have been frustrated with the 80% decline in Deutsche Bank’s share price over the past decade, billions of euros in losses, as well as the bank’s involvement in money laundering scandals.

A top shareholder advisor, Glass Lewis, has called on investors to vote against ratifying Achleitner’s actions at the AGM in a blow to one of Europe’s most prominent bankers.

Weimer is under contract to manage Deutsche Boerse until the end of 2024. There is no indication he would leave the well-paying CEO job at the exchange operator early for the less lucrative oversight role at Deutsche Bank.

A spokeswoman for Weimer said he wouldn’t be available to chair Deutsche as long as he is at the helm of Deutsche Boerse.