Home
Stocks
‘Where else am I gonna find a $145 sun dress with grapefruits on it?’ J.Crew will have to slash prices to get people to buy their clothes, analysts say
Prev Article Next Article
This post was originally published on this site 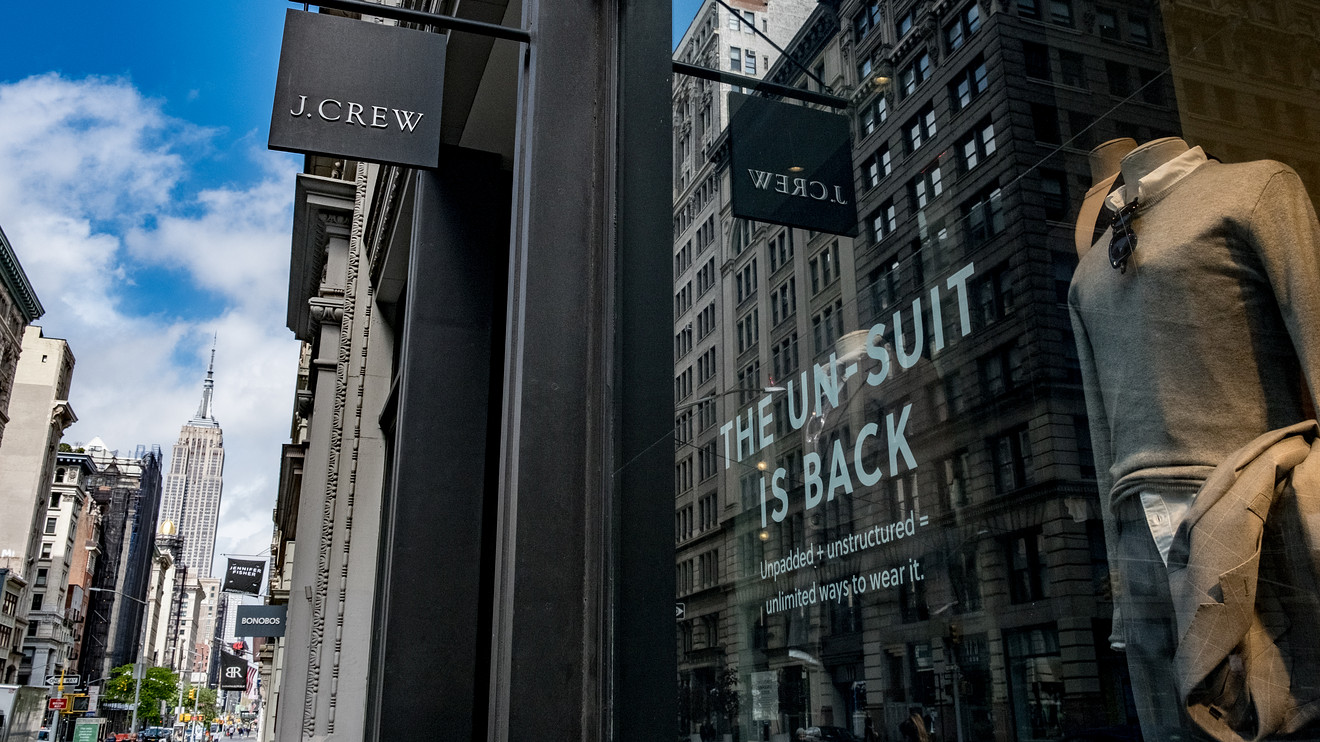 For J.Crew fans, there’s some finely-tailored silver lining on the news of the upscale preppy clothing retailer’s bankruptcy — the court case could translate into future price reductions for shoppers, according to experts on bankruptcy in the retail industry.

J.Crew Group, a company with debts on its balance sheet before the coronavirus outbreak, announced Monday it was filing for Chapter 11 bankruptcy protection after working out a deal with lenders to re-structure its corporate debt. The deal would turn debts of $1.65 billion into company equity for the lenders.

J.Crew is not closing its doors and not liquidating, the company emphasized in its announcement. “Chapter 11 is a tool that provides companies the breathing room necessary to fix their business and address their liabilities while continuing day-to-day operations,” it said.

The company’s J.Crew, J.Crew Factory and Madewell websites continue to operate, and the company said it looks forward to reopening brick-and-mortar stores “in accordance with CDC guidance as quickly and safely as possible.”

“ ‘They may have to get extremely aggressive.’ ”

The bankruptcy case, filed in the Eastern District of Virginia Bankruptcy Court, will not affect the price of merchandise at stores, the company said on its website. But analysts say that the company will have to slash prices to get people to buy.

Consumers pointed out that J.Crew’s problems began long before the coronavirus pandemic took hold. “Bummed about J.Crew because where else am I gonna find a $145 sun dress with grapefruits on it?” one Twitter TWTR, -0.56% user wrote when news of the bankruptcy filing hit. Another wrote: “The reason behind J.Crew’s bankruptcy filing is simple: people either want to pay $1,000 for a garment, or they wanna pay $10.”

But time will tell about that, said Marshal Cohen, chief retail analyst at NPD Group, a market research firm. “They may have to get extremely aggressive. Part of the bankruptcy process is the need to elevate cash,” Cohen told MarketWatch.

“There will be markdowns,” said attorney David Wander, a partner at the New York-based law firm Davidoff Hutcher & Citron, where he represents creditors, debtors, vendors, landlords and others during bankruptcy proceedings.

“What retailer is going to open with inventory that’s sitting on the shelves for a month, six weeks, eight weeks and not have markdowns? They’ve got to get rid of inventory that’s stale,” said Wander, who recently represented vendors when Sears filed for bankruptcy.

J.Crew’s bankruptcy filing may be a high-profile example of what’s to come. Bankruptcy experts have previously told MarketWatch they’re bracing for a wave of both commercial and consumer bankruptcy cases as unemployment skyrockets and cash flow dries up.

At the same time, data suggests that some consumers might be ready to pounce on deals, just as some states are relaxing shutdown rules.

Retail sales in the week ending April 25 were down by double digits from a year earlier, according to NPD Group data. But those sales as of April 25 were up 16% from one week earlier, the firm said.

J.Crew has already been offering 40% to 70% discounts through its website, but Cohen said that had nothing to do with bankruptcy proceedings.

J.Crew, like all other retailers, was suddenly stuck with loads of merchandise as stores temporarily closed and consumers stayed home under social distancing orders meant to slow the spread of COVID-19, he said.

The real bankruptcy-driven bargains could come with off-season items, he said. J.Crew’s Spring collection will see the heaviest discounts, Cohen said, adding that — like many apparel stores — the retailer will need to prepare for the summer for back-to-school shopping.

J.Crew has approximately 500 stores across the world and prior to the outbreak, it had 4,000 full-time employees and 9,000 part-time employees, according to court papers filed in the bankruptcy case. The company furloughed 11,000 workers on an as-need basis and, as of Monday, it employs 2,000 active full-time workers, the filing noted.

Other major apparel retailers are facing stiff economic challenges — and that could mean deals across the board for shoppers willing to spend money right now.

Wander represents vendors in China; his clients have had orders on various consumer goods first cancelled and then shipped over. “If the retailer now has summer goods that they would have started selling 30 days ago, they will have a shorter window in which to liquidate that inventory,” Wander said.

But he believes J.Crew’s bargain-basement sales will be just the beginning. “I suspect everyone is going to have a markdown to attract customers back to the malls.”