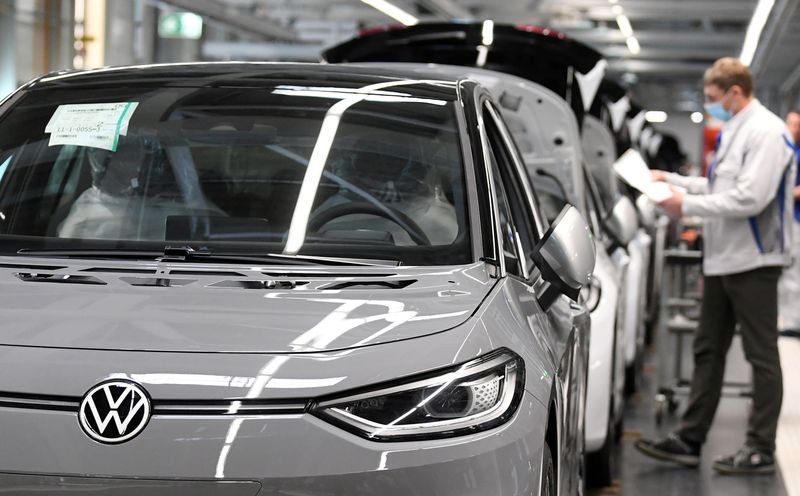 Sales of passenger cars in China were above year-earlier levels in the last week of April, Volkswagen executive Juergen Stackmann, who is responsible for passenger car sales and marketing at the VW brand, said on Wednesday.

“It is clear to see that China will go through V shape,” Stackmann said, referring to the shape of the recovery curve. “We are not counting on a V shape recovery for Europe.”

In April, sales in Germany were down 60% on the year, with the rest of Europe down 85% as some major markets like Italy and Spain came to a full stop, Stackmann said.

Sales in North America were down 50%, and down 81% in South America, Stackmann said.

“There might be a trend toward individual mobility since people want to avoid public transport these days,” he said, explaining that VW’s Chinese budget brand Jetta had picked up market share after the country eased lockdown rules.

“Jetta in the first month of reopening has been a very, very strong month,” Stackmann said, adding that unlike Europe, China still had lots of first time car buyers.

In Europe demand was patchy, he said

“We will see a two-speed Europe. Southern Europe was hit really badly. Italy, Spain and to some extent France. We expect recovery to take much longer, it will be bathtub shaped,” he said.

Pre-booking for VW’s ID 3 electric car stands at 37,000 vehicles, with demand coming from across Europe and strongest in Germany, Stackmann said.

Aside from seeking government stimulus measures, Volkswagen is adapting its financing and leasing offers to make downpayments more palatable.

Some financing offers will be stretched to 72 months, instead of 36, and Volkswagen will offer unemployment insurance, which allows new car buyers to suspend payments if they lose their job.

“Financing will become the main instrument for the industry in the months to come,” Stackmann said.