Home
Market
How Boeing went from appealing for government aid to snubbing it
Prev Article Next Article
This post was originally published on this sitehttps://i-invdn-com.akamaized.net/trkd-images/LYNXMPEG4101S_L.jpg 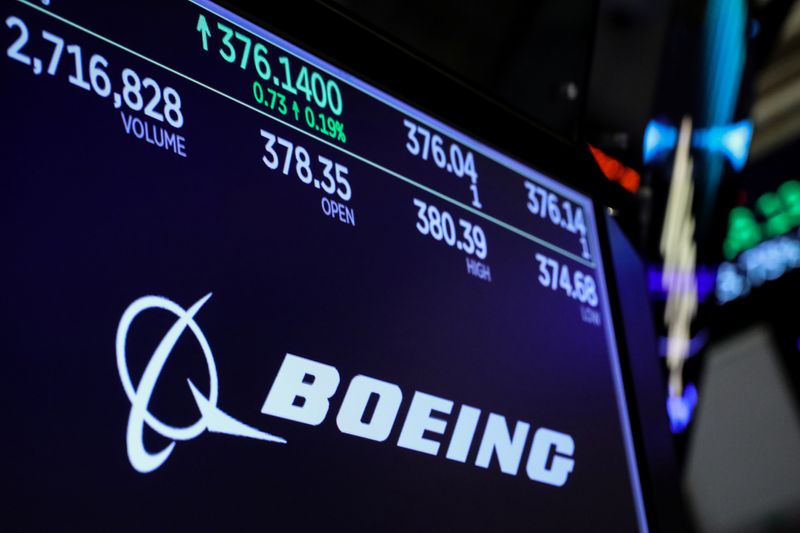 The company’s $25 billion bond issue this week made all the difference.

The upsized deal, this year’s largest investment-grade bond issue and the sixth largest on record, surpassed Boeing’s expectations. It underscores how the Chicago-based company capitalized on U.S. government support, even without having to accept taxpayer money as aid.

On March 24, Boeing’s Chief Financial Officer Greg Smith told Reuters in an interview that the credit markets were “essentially closed” to the largest U.S. plane maker, and that the entire U.S. aerospace industry urgently needed capital to cope with the fallout from the coronavirus outbreak.

A $2.3 trillion U.S. stimulus package, enacted into law at the end of March to provide relief to the U.S. economy which was hit hard by the pandemic, subsequently carved out $17 billion in aid for Boeing and other companies critical to national security.

Boeing itself had lobbied extensively for aid and had called for at least $60 billion in government loans for the entire aerospace manufacturing sector. “We can’t let anything happen to Boeing,” U.S. President Donald Trump said last month, in one of the many instances he expressed support for the company.

Several bond investors in interviews with Reuters cited the U.S. government’s backstopping of Boeing, as well as the Federal Reserve’s support of the credit markets in the aftermath of the pandemic, as reasons for the success of the capital raise.

“Boeing is pretty vital to, not just the U.S. economy, but to national security interests. Also, you can’t argue (with the fact that) the Fed support is what has been the primary driver of what is allowing risk assets to boom,” said Mark Heppenstall, chief investment officer at Penn Mutual Asset Management.

Already saddled with $39 billion in debt as of the end of March, Boeing started the week searching for cash, to cope not just with impact of the coronavirus outbreak on air travel, but with the long grounding of its flagship 737 Max aircraft as well, following a string of accidents.

Smith and Boeing Chief Executive David Calhoun had taken what they called a “balanced” approach, reiterating on Wednesday that they were exploring a mix of government aid and commercial funding.

One potential source of government aid, the $17 billion national security-related fund administered by the U.S. Treasury Department, came with significant strings, including the possibility of the U.S. government getting a stake in Boeing. That could have led to Boeing’s shareholders getting diluted.

Then Boeing had a breakthrough. Its plan was to gauge investor interest for a bond issue of between $10 billion and $15 billion, according to people familiar with the deliberations. Yet demand for the bonds on Thursday peaked at more than $70 billion from over 600 investor accounts, according to the sources.

Credit rating agencies told Boeing it could borrow as much as $25 billion through a bond issue and just about retain its investment-grade rating, according to the sources.

This was important for Boeing, to reign in its borrowing costs and attract more investors to the bond offering, the sources said. Investors that traditionally invest in junk-rated debt, such as hedge funds, also flocked to Boeing’s bond issue, because it was priced at premium to investment-grade deals, according to the sources.

“Let’s face it, Boeing is not an investment-grade company by any stretch of the imagination,” said Nick Maroutsos, co-head of global bonds at Janus Henderson Investors.

Boeing declined to comment on its internal planning for the capital raise.

But Boeing announced on Thursday that as a result of the strong response to its bond offering, it did “not plan to seek additional funding through the capital markets or the U.S. government options at this time.”

Boeing expects the money from the bond issue to cover its funding needs for the year, barring any unexpected event. Before announcing it would no longer seek government aid, it stress-tested its financial assumptions and considered numerous scenarios to ensure it has liquidity for the remainder of the year, according to the sources.

Boeing has also had to take several cost-cutting measures, including announcing plans to shed about 16,000 jobs this year, about 10% of its workforce, through early retirements and likely layoffs.

On Friday, Smith told Boeing employees in a message he wanted “to thank the administration for the actions they have taken to support our economy and the credit markets.”