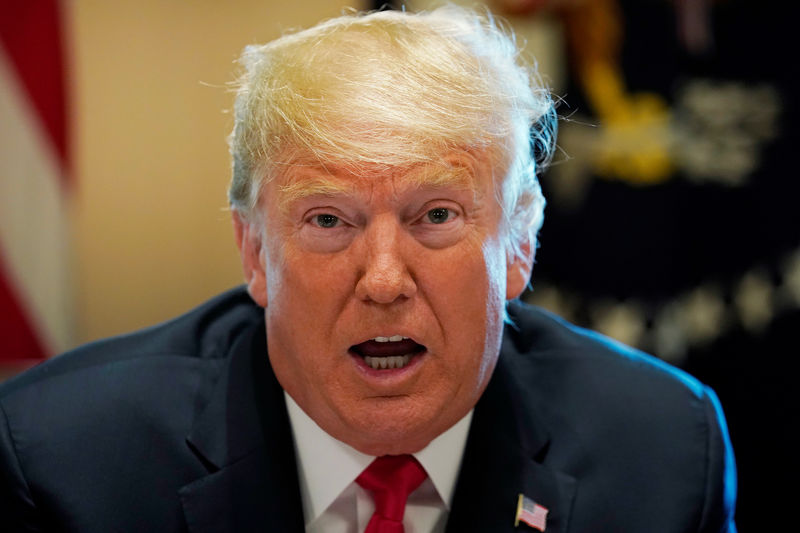 Investing.com – The Dow declined on Friday, paced by declines in Amazon and Apple, after their earnings reports failed to live up to investor expectations, and fresh worries over U.S.-China tensions.

With many seeing the worst of the Covid-19 pandemic in the rearview mirror, investors sentiment was dealt a blow as President Donald Trump renewed the prospect of a fresh U.S.-China conflict.

Trump insisted Beijing would be held accountable for its role in the pandemic after alleging that the virus originated from a lab in China.

White House economic advisor Larry Kudlow told CNBC there was “no question” Trump would follow through on his threat.

On the earnings front, Amazon.com (NASDAQ:AMZN) fell 6.6% after the e-commerce giant late Thursday reported lower first-quarter earnings and said it expected an operating loss of $1.5 billion to an operating income of $1.5 billion in the second quarter due to a jump in Covid-19-related expenses.

Newell Brands (NASDAQ:NWL), meanwhile, slumped 10% after the manufacturer reported a decline in quarterly earnings and revenue.

Energy stocks, meanwhile, were among the biggest decliners, shrugging off a climb in oil prices as major oil-producing countries got their agreed output cuts underway in a bid to offset falling demand.

Elsewhere, Tesla (NASDAQ:TSLA) slumped 9.5% after CEO Elon Musk tweeted that the stock price was “too high.” The remark comes just days after the electric automaker reported a surprise quarterly profit.