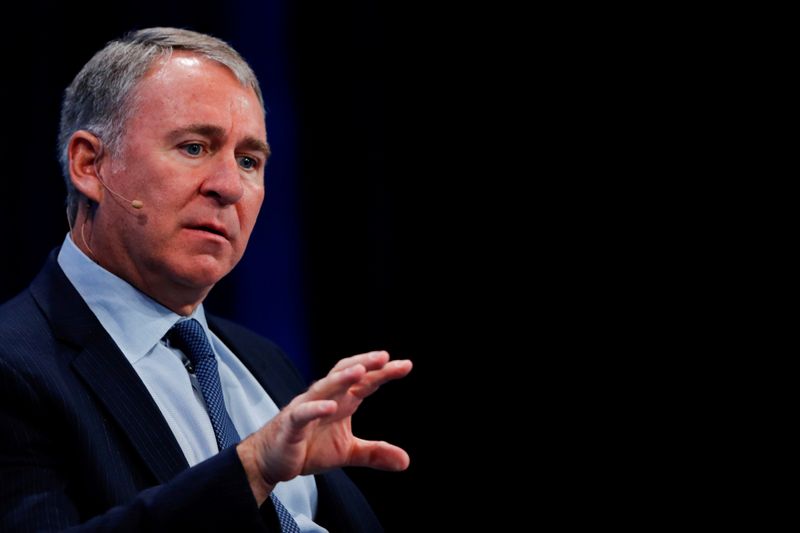 Pershing Square (NYSE:SQ) Capital Management, the New York-based hedge fund run by William Ackman that pushes companies to perform better, gained 13.6% in its Pershing Square Holdings fund in April, leaving it up 17.3% for the year, data released after the close of trading on Friday show.

Citadel, the Chicago-based hedge fund giant which relies on teams of traders to make bets on stocks, bonds, commodities and other securities, earned a 4% return in its flagship Wellington hedge fund last month, according to a performance estimate. The fund is now up 10% for the year, a person familiar with the numbers said.

Ackman and Ken Griffin, who runs Citadel, identified the coronavirus dangers early and positioned for shocks.

The S&P 500 has lost 10% for the year but jumped 13% in April. By the time the market recovered ground, many hedge funds benefited. Ackman, for example, put fresh money into stocks he already owned and once again bought into Starbucks (O:SBUX) just as the market recovered from heavy selling.

Verition Fund Management’s Verition Multi-Strategy Fund returned 8.37% for the year to date, after a 3.7% gain in April, according to preliminary figures from an investor.

On average, hedge funds gained 2.73% for the month through April 23 and are now off only 4.6% for the year, data from Morgan Stanley (NYSE:MS) show.

Some firms also benefited from volatility in oil markets where prices, for a time, fell so far that sellers had to pay buyers to take oil off their hands.

Benn Eifert’s QVR Advisors’ absolute return strategy gained an estimated 7.57% last month, leaving it up 59.44% for the year, an investor said. Hedged positions in dividend futures helped, as did option positions which benefited from the volatile move lower in oil prices, the investor said.

Franklin Parlamis’ Aequim Alternative Investments, which specializes in relative value arbitrage, gained roughly 3% in April, leaving it up roughly 5% for the year, an investor said.

Boardman Bay Capital Management, which runs a fund focused on technology, media, and telecom investments, reported a gain of 17.65% before fees in April. That shrinks its loss to 5.09% for the year, an investor said.

Not everyone made money last month, however.

David Einhorn’s Greenlight Capital extended losses, with a 1.1% drop in April, which leaves the fund down 22.3% for the year, an investor said. Looking ahead, Einhorn warned that technology companies, which fueled last month’s gains, could be vulnerable if ongoing economic weakness hurts their advertising.

Hedge fund industry investors polled by law firm Seward & Kissel said there was demand for experienced managers, especially in distressed debt markets. New managers may have more trouble raising cash, especially after investors soured on the industry in the first quarter and pulled 1% of capital out, data from Hedge Fund Research show.

Most hedge fund managers are still finalizing their numbers for April.