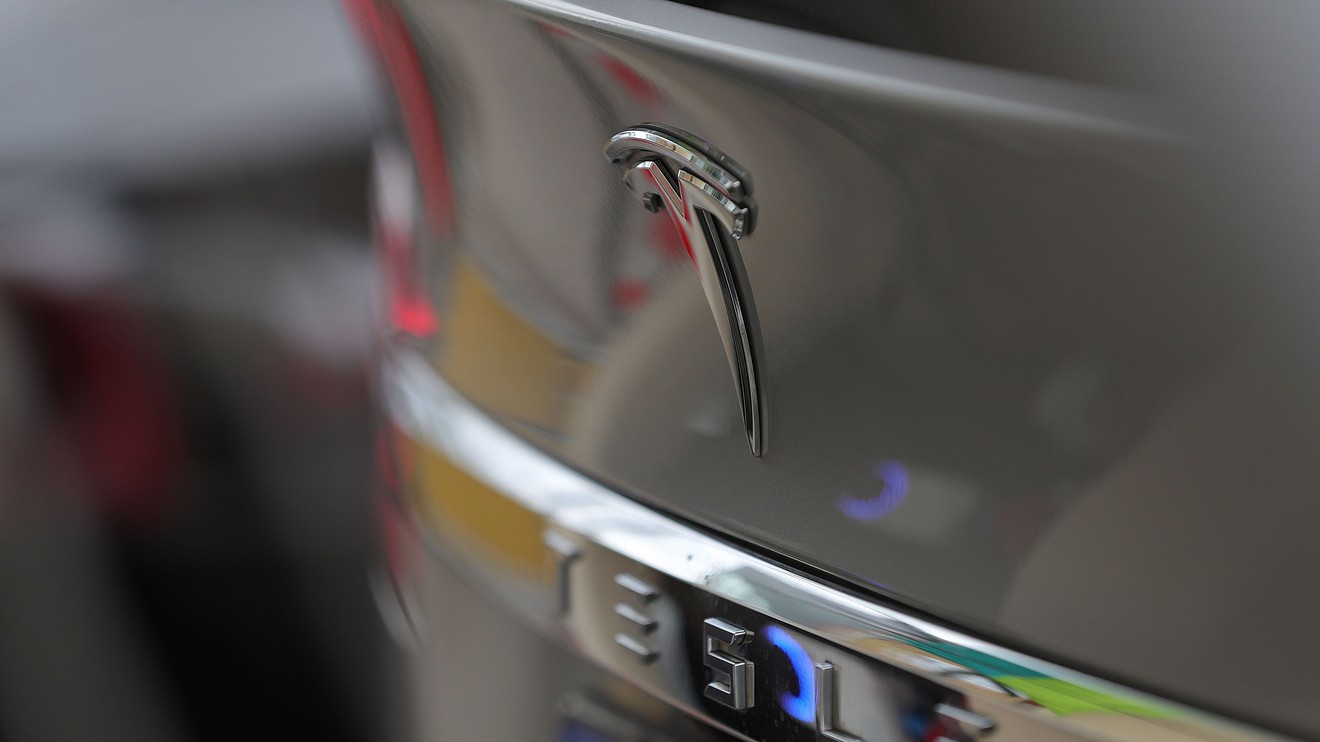 Tesla Inc. posted a surprise profit in the first quarter, the first to reflect the economic destruction wrought by the coronavirus pandemic, boosting shares in the extended session.

Sales rose to $5.99 billion from $4.54 billion a year ago. The stock rose more than 9% following the report. A conference call with analysts is expected to start momentarily.

Analysts polled by FactSet had expected the electric-car maker to report an adjusted loss of 28 cents a share on sales of $6.1 billion.

First-quarter 2020 “was the first time in our history that we achieved a positive GAAP net income in the seasonally weak first quarter. Despite global operational challenges, we were able to achieve our best first quarter for both production and deliveries,” Tesla said in its letter to investors.

The results were “quite impressive, given the difficulties incurred towards the end of the quarter with COVID-19 issues,” Argus Research analyst Bill Selesky said.

“Going forward, the most challenging quarter of the year will be the second quarter, given the dislocation caused by the coronavirus,” he said. “My biggest worry is that demand for Tesla’s vehicles may take a pause,” as people grapple with unemployment concerns and less discretionary income and put off buying an electric car.

“As gasoline prices remain weak, consumers may just want to keep driving what they have (and repair what they have) until the economic climate comes back to a better place,” Selesky said.

First-quarter profit may have been small but that Tesla “managed to be profitable for a third quarter in a row is an impressive feat, especially given the challenges of the coronavirus crisis and the company’s expansion of its product lineup,” Edmunds analyst Jessica Caldwell said.

“(Chief Executive) Elon Musk is leaning heavily on the Model Y to carve the company’s path forward so it’s an encouraging sign that the vehicle’s launch is not only going much better than expected, but it’s been a process free of the major drama surrounding its Model 3 predecessor,” she said.

In the letter to investors, Tesla said its gross margins remained strong, with the Model Y, the compact SUV that is next on Tesla’s lineup, already profitable. The 24-page letter did not mention the pandemic at all — it referred to the coronavirus only tangentially, using words such as “challenges” and “uncertainty.”

Perhaps more crucially, Tesla said it has the “capacity installed” to deliver more than half a million vehicles in 2020 “despite announced production interruptions.”

For its U.S. factories, which remain shuttered, “it remains uncertain how quickly we and our suppliers will be able to ramp production after resuming operations. We are coordinating closely with each supplier and associated government,” the company said.

Tesla also reiterated it had enough liquidity, although it added that a near-term cash flow guidance was on hold. Earnings guidance is also not possible at the moment, but Tesla said it “will achieve industry leading operating margins and profitability with capacity expansion and localization plans underway.”

Going into the report, Tesla shares had seen spikes, including a 10% rally on Monday and 10 straight sessions of gains recently.

Wall Street seemed focused on hopes that the car maker would be able to weather the coronavirus challenges better than peers, and that it had given itself a crucial liquidity cushion with its $2.3 billion capital raise in February.

Investors had also zeroed in on Tesla’s still-healthy first-quarter vehicle deliveries announced earlier this month, alongside news that production of the Model Y started in January and that the first few vehicles were delivered ahead of schedule, which Tesla reiterated on Wednesday.

Late Tuesday, Musk, no stranger to controversy, stirred a fresh one on Twitter, voicing his opposition to the ongoing shelter-in-place orders in effect in most U.S. states.

San Francisco Bay Area authorities this week extended their regional order through the end of May, quashing hopes Tesla was readying the reopening of its sole U.S. car-making factory in Fremont, Calif.