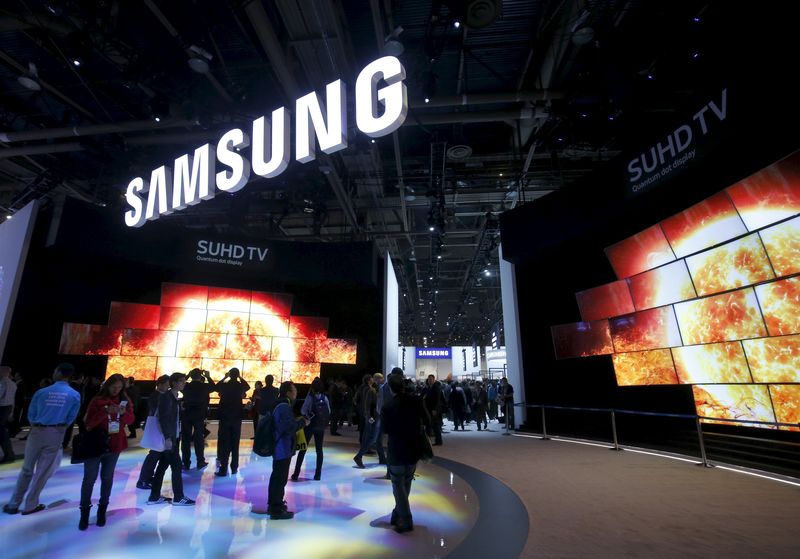 South Korea’s largest company reported a 4% slide in net income to 4.9 trillion won ($4 billion) in the three months ended March. Samsung (KS:005930), which had reported better-than-expected operating profits earlier this month, said the pandemic continued to hammer demand across an array of markets.

The warning from the world’s largest maker of memory chips, smartphones and consumer appliances underscores the uncertainty gripping global industry. As the pandemic spread in the first months of the year, the technology sector took hits from both supply and demand. Samsung joins peers such as Intel Corp (NASDAQ:INTC). in cautioning about the impact of a global economic slowdown.

Samsung “expects the memory business to remain solid, but overall earnings are likely to decline from the previous quarter because COVID-19 will significantly impact demand for several of its core products,” it said in a statement. “In the second half, uncertainties driven by COVID-19 will persist as the duration and impact of the pandemic remain unknown.”

In particular, Samsung said a drop in smartphone earnings is “inevitable” in the second quarter because of store closings and other factors, while profits would also slip in mobile displays. Executives on a post-earnings conference call refrained from offering guidance on the memory market but said the company will continue to invest in semiconductor expansions and research.

The Covid-19 pandemic has emerged as one of the largest economic shocks in recent years, disrupting both consumer demand as well as supply chains worldwide. Factories in countries such as China were temporarily shut, crimping orders for Samsung components like displays. Meanwhile, retail stores, including those of client Apple Inc (NASDAQ:AAPL)., were closed to avoid spreading infections. That’s been offset in part by demand for the memory chips used in datacenters and computers, which allow people to work and study from home. Samsung’s shares stood largely unchanged Wednesday.

Samsung Electronics’ downbeat 2Q profit guidance reflects its smartphone-shipment plunge amid the Covid-19 outbreak. In contrast to a sequential as well as year-on-year increase, according to Bloomberg consensus, Samsung expects 2Q earnings may decline. We expect its memory chip profit will stay sturdy in 2Q since most contracts should have been concluded with customers.

Should the pandemic persist into the second half, the tech giant foresees missing its own 2020 revenue projections by a double-digit percentage, Bloomberg News has reported. A prolonged virus outbreak may also disrupt its supply chain.

Predicting the outlook is difficult due to Covid-19 in the U.S. and Europe, said Samsung Securities analyst Hwang Min-seong. “But the good news is that China is showing signs of a fast recovery,” he said. “Still, there are concerns over whether chip demand will be sustainable in the second half despite improved sentiment on server demand.”

SK Hynix Inc. and Micron Technology Inc (NASDAQ:MU)., which control the bulk of the memory chip market together with Samsung, have told investors that strong demand from data-center clients boosted sales and profits and that the trend is expected to continue in the first half.

Chip companies have projected that the contract prices for DRAM and NAND will remain solid throughout the second quarter. In addition to server expansions, the pandemic is seen as a catalyst for expediting the transition to 5G and autonomous or touchless technology, driving component sales.

Apple and Huawei Technologies Co. supplier Hynix said there was a possibility that even server demand could lose steam if the economic downturn is prolonged. Intel withdrew its full-year sales forecast last week for the year, citing “significant” uncertainty.

“Demand for server and PC to remain solid as more people work from home, but a decline in mobile demand to remain a risk,” Samsung said Wednesday in an earnings presentation.

Sluggish sales of Samsung’s flagship S20 lineup will be reflected in the current quarter, eroding profitability at the smartphone division, which has been reeling from plant and store shutdowns in some regions.

(Updates with Samsung’s shares and comments from the fifth paragraph)