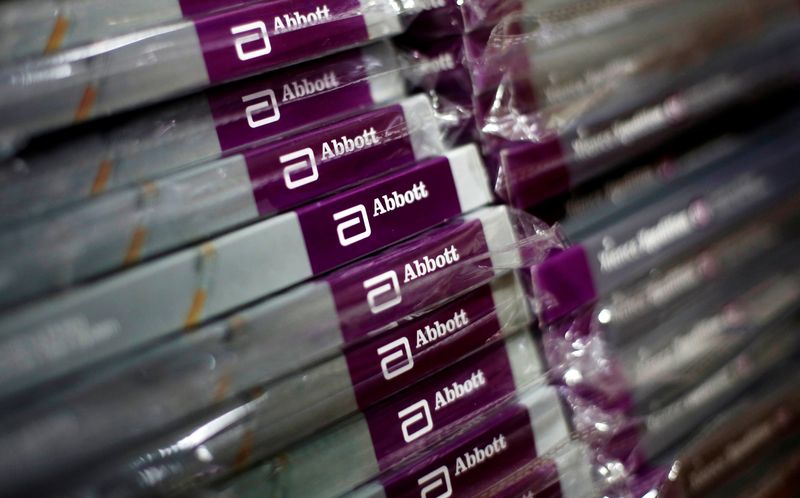 Abbott has launched three coronavirus tests in the United States, including an on-site diagnostic kit that can deliver results within minutes and heralded as a game changer by President Donald Trump.

However, sales in its diagnostics unit fell nearly 1% to $1.83 billion, as increased use of its tests for the fast-spreading virus could not offset the decline in demand for its other diagnostic tests.

Sales at the company’s nutrition products division rose 6.3% to $1.90 billion, benefiting from increased demand for children’s products in late March as U.S. states began to impose shelter-in-place restrictions to curb the spread of the virus.