Home
Stocks
Key Words: Chris Christie doesn’t want to hear complaints about Trump golfing while the coronavirus outbreak turned into a pandemic
Prev Article Next Article
This post was originally published on this site

That’s former New Jersey Gov. Chris Christie getting combative on the ABC DIS, +2.41% show “The View” on Tuesday when host Sunny Hostin asked about the Trump administration’s response to the coronavirus pandemic.

Hostin took issue with what she described as “the delayed response of at least 70 days” during which Trump reportedly ignored numerous warnings.

“That falls squarely on the shoulders of this administration, and I think it cost American lives,” the host said. “Why won’t this president take responsibility for just hiding his head in the sand and golfing?”

Christie took exception to her line of questioning and said bringing up golf was symptomatic of a “death spiral” between the media and the president, in which, he said, both sides deserve blame.

“I don’t think it helps the president, in the long run, to be in hand-to-hand combat with any member of the media, and I think also the media has some measure of responsibility as well for some of the things that they do,” he said. “So, unfortunately, I think they’re both hurting the situation here.”

Of course, Trump’s detractors have closely followed how much time the president spends on the generally Trump Organization–owned links, considering how critical he was when his predecessor teed it up: 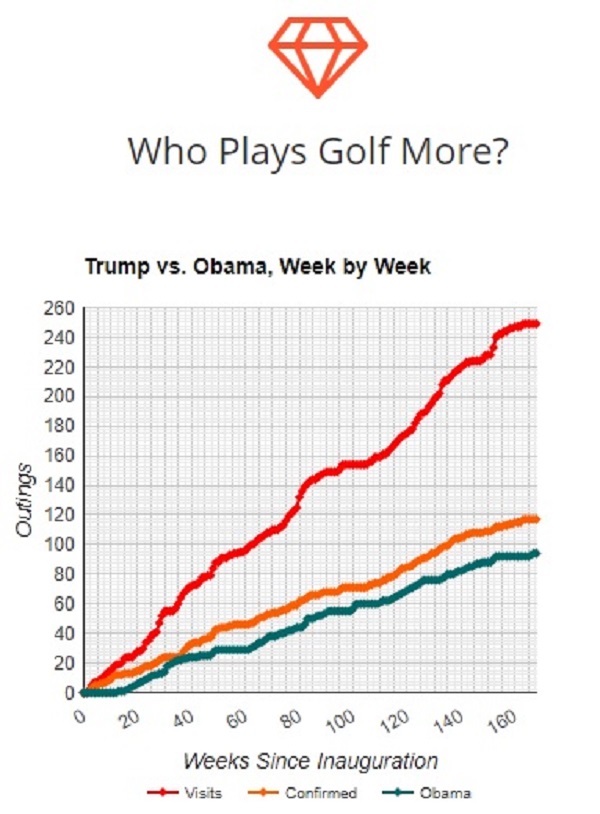 As for Christie, his little exchange on “The View” turned him into a trending topic on Twitter TWTR, +2.68% , which is something he’s probably accustomed to by now: