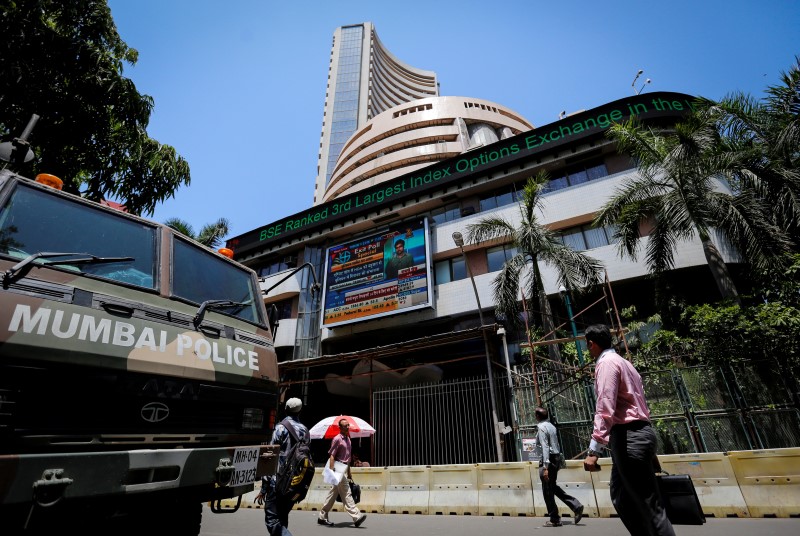 Equity plans received 117.2 billion rupees ($1.53 billion), according to data released by the Association of Mutual Funds in India. That’s the highest since March 2019 and the fourth straight month of increased inflows.

The stickiness of the flows will be tested next month when the full impact of the nationwide lockdown, which began late March and may be extended, will be felt. India’s key equity indexes last month logged their worst declines since 2008, as the nation’s assets got swept up in the virus-fueled rout that erased trillions of dollars from global stock values.

“April will likely see tepid flows both on account of fear as well as operational issues in investing for offline investors,” said Vidya Bala, head of research and co-founder at Chennai-based Primeinvestor.in. “In the early stage of a correction, investors feel emboldened to average. This trend may not continue with how the pandemic has turned out since late March.”

India’s policy makers are trying to cushion an economy that was slowing even before the coronavirus outbreak. Prime Minister Narendra Modi ordered a 21-day nationwide lockdown until April 14 after the country witnessed a steady rise in cases. More than 5,900 people have been infected in India with the death toll at 178, according to data compiled by John Hopkins University.

The uncertainty hit liquid funds, which saw withdrawals of 1.1 trillion rupees, versus an outflow of 438.3 billion rupees in February, according to AMFI data. This the biggest withdrawal from the category since September. The product is used mostly by companies to park short-term cash and typically see a spike in redemption at the end of a quarter.

The withdrawals from liquid funds accounted for the bulk of the net outflow of 2.13 trillion rupees across all mutual fund segments, the data showed. That is the biggest decline since September 2018 when defaults by the IL&FS Group sparked an exodus from debt plans.

Even so, AMFI is banking on the robust liquidity from institutional investors that has helped cushion the market against large outflows sparked by global shocks in recent years. Mutual funds and insurance firms together invested a net 555.95 billion rupees ($7.3 billion) into shares in March even as global funds yanked out a record $8.4 billion.

“We expect pace of inflows into equity funds to remain robust as every dip is being used by investors to buy and the industry has been able to move most transactions online,” said N. S Venkatesh, chief executive officer at the AMFI.