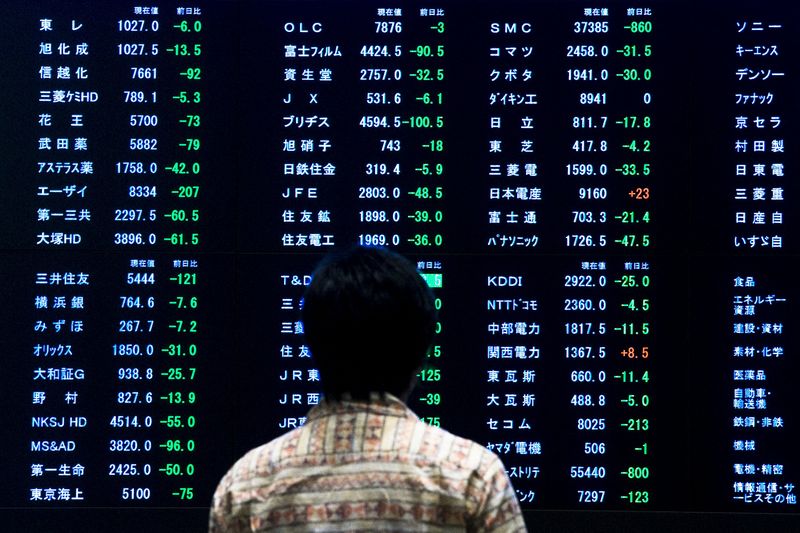 Investing.com – Asian stock markets were mixed on Wednesday morning as the region continues to combat the COVID-19 pandemic.

Neighboring South Korea’s lost 0.23%, even as President Moon Jae-In announced an additional 36 trillion won ($29.5 billion) worth of cheap loans for exporters hard hit by the virus at a policy meeting with economic chiefs in the morning.

Down Under, the  fell 0.54% as S&P Global Ratings downgraded the country’s credit-rating outlook from stable to negative.

Hong Kong’s  was down by 0.97% as the special administrative region extended its social distancing measures until April 23.

China’s  was down 0.4 % while the  was down 0.39% as the city of Wuhan, where the outbreak started, lifted its lockdown.

But the increased New York death toll is a stark reminder that the fight against COVID-19 is far from over, on both the economic and medical fronts, despite the falling number of new cases.

“As the quarter progresses, investors start to understand that everything we’re seeing is in the form of assistance and aid to just tide the economy over,” Bob Michele, global chief investment officer at JPMorgan (NYSE:) Asset Management, told Bloomberg. “It’s not stimulus that gets the economy going at a much higher rate than where it is.”