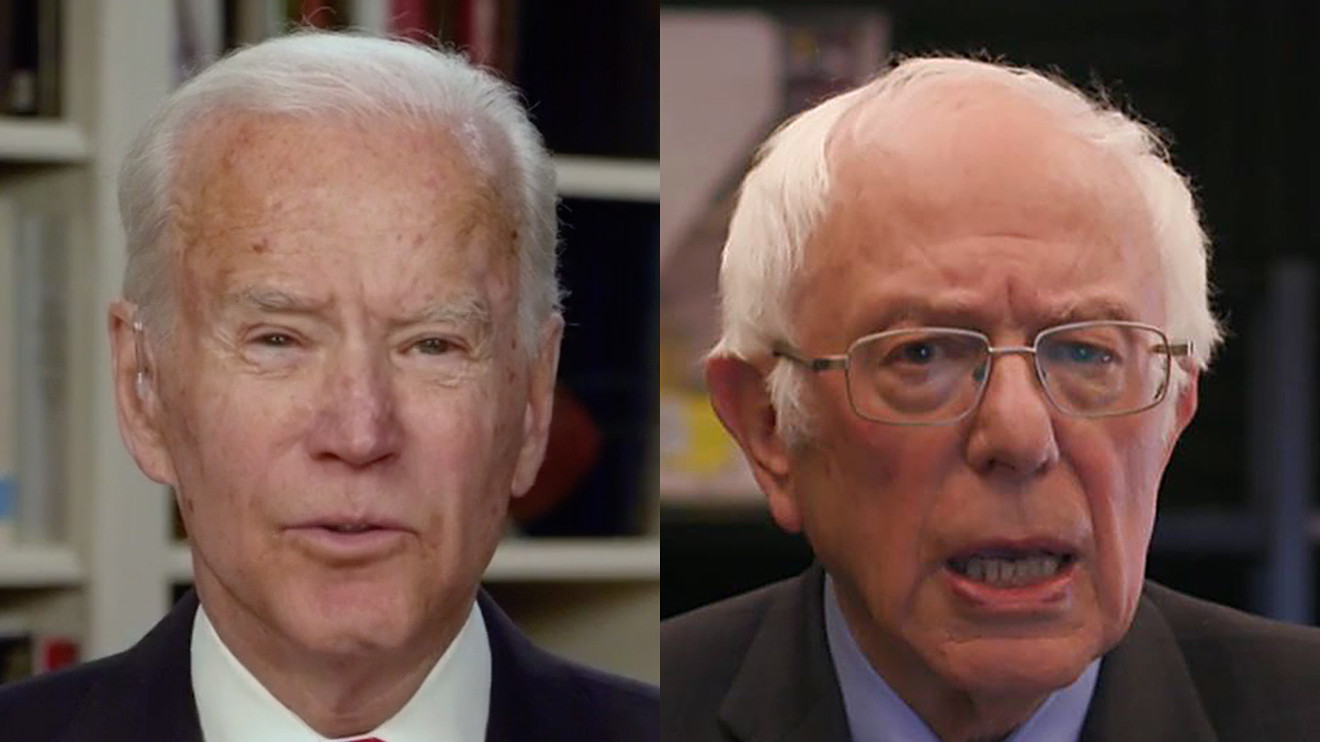 Ahead of Wisconsin’s primary on Tuesday, Democratic presidential front-runner Joe Biden has a big lead over rival Bernie Sanders in polls of the Badger State’s voters, with the latest Marquette Law School survey putting him up by 28 points.

The former vice president gets the support of 62% in the poll, which was released Wednesday, while the independent senator from Vermont gets 34%. In a RealClearPolitics moving average of Wisconsin polls as of Monday, Biden holds a lead of 18 points.

Also:Trump campaign adviser tells Wisconsin Republicans in secret recording that voting-place tactics will be stepped up

“You can really see that the party has coalesced behind him,” the Marquette poll’s director, Charles Franklin, told a Madison, Wis., television station on Thursday, referring to Biden. Franklin noted that Biden’s support has quadrupled since February, but also cautioned that Tuesday’s results are uncertain because of the shift to absentee voting amid the coronavirus pandemic.

A federal judge on Thursday ruled against postponing the voting in Wisconsin, saying the state’s politicians should have taken that step but it wasn’t appropriate for “a federal district court to act as the state’s chief health official.” The judge also extended absentee voting until April 13 and ordered officials to hold off on reporting results until that date, though Republicans on Saturday asked the U.S. Supreme Court to block counting of absentee ballots received after Tuesday. The high court was considering whether to intervene.

More than a dozen other states have postponed their primaries due to the pandemic, while Wisconsin’s push to proceed has left it struggling to find enough polling-place workers as well as relying on the National Guard to help staff voting sites.

Voter turnout could be a factor on Tuesday, according to Kyle Kondik, managing editor of the Sabato’s Crystal Ball newsletter.

“Biden has seemed to benefit from higher turnout in this year’s primary,” Kondik wrote in a Thursday post. “Will lower turnout, which seems likely moving forward given both the state of the race and the coronavirus crisis, advantage Sanders? Wisconsin, which is still slated to vote Tuesday, will provide some clues.”

A record 1.2 million absentee ballots had been requested and more than 724,000 had been returned as of Monday morning, an Associated Press report said.

The Sanders campaign has said it’s assessing its effort as the senator faces pressure to drop out of the race to become the Democratic Party nominee and take on President Donald Trump in November. Biden has 1,196 delegates vs. 883 for Sanders, according to an NBC News tracker.

A lead of nearly 300 delegates is “a commanding position in a Democratic primary,” Kondik said. “Barring some sort of massive new development, Biden remains on track to be the Democratic nominee.”

From the MarketWatch archives (August 2016): Wisconsin primary may not be Trump’s Waterloo, but the state is worth watching