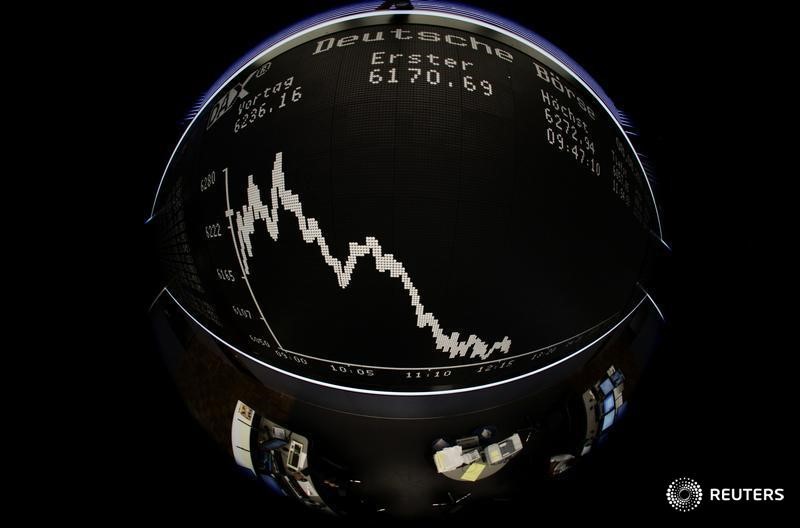 Investing.com – European stock markets are set to edge higher Tuesday, lifted by signs of an economic stabilization in Asia.

C/hina’s official Purchasing Managers’ Index rose to 52 in March from a plunge to a record low of 35.7 in February, above the 50-point mark that separates monthly growth from contraction.

Analysts polled by Reuters had expected the March PMI to come in at 45.0.

As welcome as this is, economists are still forecasting a steep contraction in China’s first-quarter gross domestic product, the first such contraction in three decades.

Italy, seen as the epicenter for the outbreak in Europe, announced Monday that it would be extending its nationwide coronavirus lockdown measures until at least Easter as its cases continue to rise.

Italy has been shut down for three weeks now, and its restrictions were set to be lifted on Friday. It has become the world’s hardest hit country in terms of number of deaths, with more than 11,500 passing away – around a third of all global fatalities. However, its death rate has appeared to plateau, or even decline slightly in recent days.

The situation in Spain is almost as bad, while France has reported its highest coronavirus death toll in 24 hours, with 418 deaths on Tuesday to take the country’s total to 3,024.

The data barrage continues in Europe Tuesday, with March inflation data for the region expected at 5 AM ET (0900 GMT). However, of the most interest is likely to be the German March unemployment data at 3:55 AM ET. given the economic slowdown in place to combat the virus outbreak.

Earlier U.K. GDP was confirmed as flat on the quarter in the final quarter of 2019, growth of 1.1% on the year, as expected.

In corporate news, JC Decaux (PA:JCDX) is likely to be in the spotlight Tuesday after the French advertising group confirmed that it is part of an consortium launching an offer for Clear Media, worth around 3.86 billion Hong Kong dollars ($497.4 million).

The group is planning to buy a 23% minority stake in the Hong Kong-listed outdoor advertising company and pay HK$887 million.

Oil markets rebounded after recent sharp losses Tuesday, but the outlook remained grim as the pandemic continued to hurt demand while the market was still oversupplied as a price war between Saudi Arabia and Russia remained unresolved.