Home
Stocks
No-Nonsense College: How to pay for college if your kid’s 529 tanked
Prev Article Next Article
This post was originally published on this site 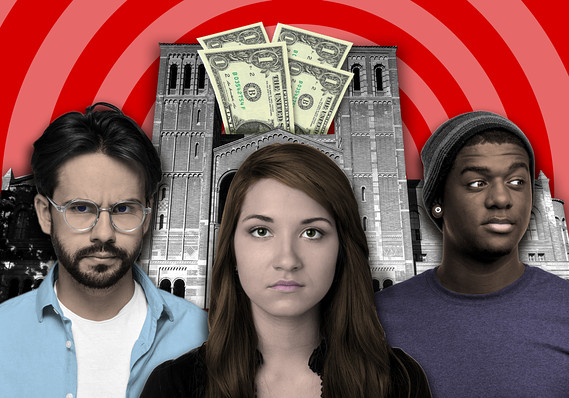 With the markets tanking and the kids going off to college soon, many parents wonder: How the heck are we going to pay for this now?

Last week many sequestered high school seniors across America got good news that raised their spirits amid all the coronavirus pandemic doom and gloom: Acceptances arrived from the colleges of their choice — or second or third or fourth choice.

Parents summoned up the requisite joy and support, or reassurance, but many of them no doubt wondered: How the heck are we going to pay for this now?

The Dow Jones Industrial Average DJIA, -4.06%  and S&P 500 Index SPX, -3.37%  sold off Friday after rallying 20% from their recent lows—for now. But the previous plunge of those benchmark indices from their February all-time highs dealt a severe blow to retirees, near-retirees, or anybody who relied on a strong stock market to meet their financial goals.

No doubt that included parents who were counting on 529 college savings plans to finance their kids’ increasingly pricey college education. It’s too soon to find hard data on how big a hit 529 plans took, and it probably won’t be a problem if your kids are more than five years away from matriculating.

A big hole to fill

But it is a problem for those whose kids are in college or entering within the next two years and who were relying on a continuing bull market in stocks to pay their way. There’s now a big hole in their 529 plans where money for tuition, room and board used to be.

This column has warned readers many, many times not to keep too much money in stocks as you approach retirement. The same is true for college savings. But this is not the time for finger wagging. What do you do now?

First of all, don’t panic and sell stocks now. (This is good advice in general.) Second, stall, stall, stall on paying tuition and tapping into the equity portion of your 529. Third, learn from this mistake and either hire a reputable financial planner or choose an age-based investment option for younger children.

Many are doing that already—two-thirds of families in 529 plans are invested in age-based investing plans, according to Mark Kantrowitz, publisher and vice president for research for SavingforCollege.com.

But for the one-third of families who counted on a rising stock market to help them “catch up” and reach their savings goals, it’s a big challenge. Let’s say you’ve been diligent or fortunate enough to amass $100,000 in a 529 plan for your kid, who is supposed to start college in the fall. And let’s say stocks return to their recent lows, about a one-third decline from their all-time highs.

Since colleges take real money, not stocks, as payment, that’s a big gap to fill. Let’s also assume you’re doing the financially smart thing and sending your kid to a good state university rather than an overpriced private college. Total annual expenses for an in-state resident at the State University of New York at New Paltz, for example, are just over $27,000.

That means you can tap into the cash or bonds in your 529 for your child’s first year and then wait until the market bounces back to cut back your equity position and fund future years of college. (I would recommend doing this gradually to avoid the same kinds of “timing the market” strategies that put you in this position in the first place.)

Jordan Sowhangar, a certified financial planner at Girard, a division of Univest, in Souderton, Pa., says parents have some options—like paying out of pocket first (if you can afford to) and tapping into the 529 later, maybe when the market recovers a bit.

“if you use your own money to pay for some of these qualified expenses and you incur that expense within 2020, you can then go in for a reimbursement in the 529 plan by the end of year 2020 and the IRS will allow that,” she told me in a phone interview. “You will have to have the expense be taken in the year that you actually paid for it yourself,” she emphasized.

Many colleges allow you to pay per semester, which gives you time to raise funds or, we hope, see your 529 balance recover, at least a little. Many also offer monthly payment plans, for a fee, which let you stretch out the payments. Combine these with Sowhangar’s 529 reimbursement idea and you can see the beginnings of a way out of this mess.

So, don’t panic, don’t sell right away, use the school’s payment options and your 529 to your advantage, and make sure you’ve switched to an age-based plan or reduced your 529’s stock holdings below 20% by the time your next child goes to college. We’re human beings, so many of us just have to learn the hard way.