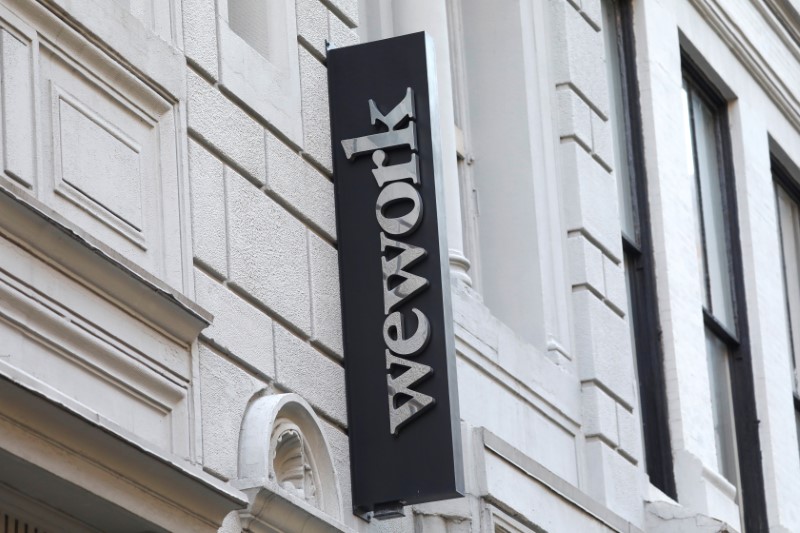 NEW YORK (Reuters) – WeWork told investors on Thursday the $4.4 billion in cash and cash commitments it had on hand at year-end 2019 is sufficient to execute its five-year plan, including managing the challenges posed by the recession-bearing coronavirus crisis.

WeWork, whose losses more than doubled to $1.25 billion as of the third quarter of 2019, told bond investors in a letter reviewed by Reuters that it was in a sound financial position to execute its previously announced plan through 2024.

WeWork said it had $1.3 billion in cash at year end, $800 million of cash that became unrestricted when it closed on a new letter of credit facility in February and $2.2 billion senior unsecured debt funding from major shareholder SoftBank Group.

WeWork said there was another $100 million of remaining capital commitments from SoftBank, according to the letter. WeWork did not indicate the size of its losses by year-end.

The company has said it will release full-year 2019 results to bond holders after markets close at 4 p.m. on Thursday.

WeWork faces a tough business environment as its costs rise due to the coronavirus outbreak. The yield on its junk bonds in the past month has tumbled by more than half as markets plunged on pandemic-induced recession fears, a slowdown that is likely to further erode WeWork revenues and increase its costs.

S&P Global’s credit rating unit on Monday cut WeWork’s 7.875% bond further into junk territory and put the company on watch for possibly another downgrade over concerns about the commitment to WeWork of major shareholder SoftBank Group (T:9984).