Home
Stocks
Project Syndicate: Government action must be laser-focused on the health crisis and on saving lives and livelihoods
Prev Article Next Article 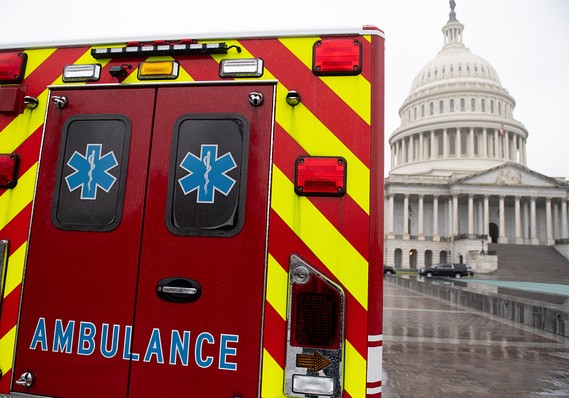 By mandating that people isolate themselves at home, policy makers hope to slow, and then reverse, the rate at which COVID-19 is spreading.

But a lockdown alone, or a burst of money creation, will not stop the pandemic or save our economies. We need government intervention, but many current proposals appear misguided, some woefully so. Others move in the right direction but are too piecemeal.

The very possibility of millions dying as the economy is crippled justifies substantially scaling up the extent and scope of government action. This action should be viewed as an unprecedented form of short-term systemic insurance for our lives and livelihoods.

Given the absolute value we place on both, citizens and governments should be prepared to pay what might appear an extravagantly high premium for such insurance.

The systemic insurance that is needed demands a government-led effort in four main areas:

• Redirecting the economy’s existing productive capacity to overcome the rapidly growing shortages of equipment and services required to respond effectively to the pandemic.

• Supporting firms that are not directly involved in efforts to combat the crisis, so that they can continue to supply essential goods and services.

• Ensuring that the population has sufficient means to purchase these goods and services.

• Creating a financial facility to help those unable to pay their mortgage and meet other obligations, thereby mitigating cataclysmic risks to the financial sector.

Such systemic insurance goes well beyond current proposals to spend trillions of dollars, much of which is earmarked for policy initiatives that misdiagnose the crisis as one of deficient aggregate demand or as the result of an ordinary supply shock.

Moreover, substantial sums are being dedicated to bailouts without explicitly conditioning the money on a firm’s participation in the effort •to combat the health crisis and its economic consequences.

So, as officials around the world consider large outlays to combat the COVID-19 crisis, the most immediate questions that we face are whether the policies currently under consideration provide sufficient insurance against the systemic risks that are now mushrooming. The criteria are straightforward:

• Is government spending sufficiently laser-focused on overcoming the public-health crisis?

• Is the economic rescue package adequate to sustain the population’s wellbeing?

Considering the second criterion first, government injections of so-called helicopter money (direct cash handouts) to help keep the population afloat should be recurrent, rather than the one or two disbursements now being discussed. Expanded unemployment benefits, together with expanded eligibility for food stamps and other such payments, would also help provide the means to pay for essential goods and services.

Policies aiming to stimulate employment, such as the cuts in corporate or payroll taxes advocated by Senate Republicans, certainly won’t help combat the pandemic and its consequences for the supply of goods and services. Employees who are sick or apt to be sick, and thus a hazard to others, cannot be relied upon to maintain the production of goods and services.

What is now painfully clear is that there is a supply shortage of an unprecedented type: medical equipment and facilities. And it is equally clear that the policies under consideration in the U.S., which mostly rely on voluntary repurposing of existing manufacturing capacity, are woefully inadequate to close the growing gap.

Re-equipping factories to produce ventilators for patients and personal protective equipment (PPE) for medical personnel, for example, takes time. So these measures must be scaled up without delay. Moreover, such retooling requires substantial financial outlays, which are hard to make in a collapsing economy.

In order to repurpose existing capacity, the government should condition support for any private firm on the firm’s commitment to producing vital equipment (specified by a body of medical experts) and meet its payroll at reasonable wages. To avoid price-gouging, medical supplies must be priced at pre-crisis levels.

This conditionality should not only apply to firms producing equipment.

The systemic insurance approach to allocating taxpayer funds would require that large service-sector companies such as airlines or hotel chains receive bailouts only if they repurpose their capacity to support the fight against the pandemic. Rather than standing idle waiting for passenger travel to resume, airlines should be provided funds to re-equip their airplanes to transport medical supplies and equipment, or to move sick patients to locations with the capacity to care for them.

Similarly, hotel chains should be supported by the government only if they agree to repurpose their hotels to serve as temporary hospitals.

Beyond repurposing existing capacity, systemic insurance would require that employees of bailed-out companies continue to be paid an adequate wage. The bailouts should not be allowed to be diverted to management pay raises, stock buybacks, or dividends.

What makes the systemic insurance unprecedented is that it requires not just government spending — which can be thought of as the cash part of the premium — but also large-scale government-led interventions in how our economies produce and distribute goods and services. This move toward state action is much more encompassing than the mobilization for World War II — a frequently invoked parallel — ever was.

But such a reorganization of our economies poses more than operational difficulties, especially in the U.S., where government has historically strictly limited its direct intervention in productive activities. Although governments’ intervention in modern economies takes many forms, ingrained ideas about the balance between the state and the market are even now impeding an adequate response to this crisis.

President Donald Trump and U.S. policy makers have thus far favored piecemeal measures, especially when it comes to the state directing — indeed, reorganizing — the private sector. Their instinctive belief in the superiority of the market and private initiatives, regardless of the circumstances, leads them to recoil from the scale of government intervention needed to save our lives and livelihoods.

Lingering shibboleths about the state’s proper role must not become roadblocks to mitigating the grave systemic risks that we face. Governments’ poor track record on addressing another existential threat — that of climate change — does not inspire optimism.

Roman Frydman is professor of economics at New York University. He is the co-author of “Imperfect Knowledge Economics and Beyond Mechanical Markets.” Edmund S. Phelps, the 2006 Nobel laureate in economics, is director of the Center on Capitalism and Society at Columbia University and the author of “Mass Flourishing” and “Dynamism.”