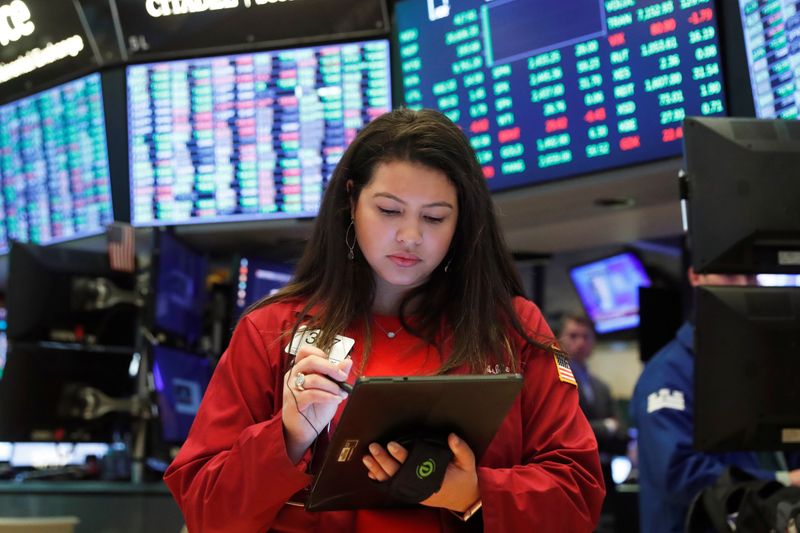 By Noel Randewich and April Joyner

(Reuters) – U.S. Treasury Secretary Steven Mnuchin’s suggestion on Tuesday that the country’s stock exchanges might shorten their trading hours did not go over well with investors reeling from Wall Street’s worst day in three decades and growing fears about the coronavirus.

At a news conference, Mnuchin said the Trump administration intends to keep markets open, but said shortened trading hours may be needed at some point.

Investors cited potential problems in cutting trading hours, such as increasing the burden on electronic trading infrastructure and hurting the market’s credibility, especially if it is perceived as a move to avoid further losses.

With state and local governments across the United States taking steps to contain the coronavirus spread, including closing schools, restaurants and other meeting places, questions have swirled about whether stock markets will shutter.

The S&P 500 jumped 5% on Tuesday, rebounding from Monday’s nearly 12% drop, which was the worst one-day decline since 1987. With the S&P 500 down almost 30% from its record high on Feb. 19, many investors have been unwilling to predict how much further Wall Street may fall.

On Friday, the NYSE, which is owned by Intercontinental Exchange Inc (N:), issued a trader alert that it aims to keep its equity and options trading floors open “in the days and weeks ahead.”

“We may get to a point where we shorten the hours, if that’s something they need to do, but Americans should know that we are going to do everything that they have access to their money at their banks, to the money in their 401(k)s, and to the money in stocks,” he added.

The last time the NYSE closed its doors due to an unforeseen circumstance was in 2012 after Hurricane Sandy battered New York City. After the Sept 11, 2001, attacks on the World Trade Center in New York and the Pentagon in Washington, D.C., the NYSE did not reopen until Sept 17, a day when the S&P 500 tumbled nearly 5%.

“It’s more likely that we would have shorter trading hours than shutting down the market, but I don’t believe that will do much of anything,” said Oliver Pursche, chief market strategist at Bruderman Asset Management in New York.

Dennis Dick, a proprietary trader at Bright Trading LLC in Las Vegas, said a limited overnight trading window for S&P futures, known as E-minis, might help reduce volatility. Open nearly around the clock, late-night trading in E-minis is often thin and volatile, and can have a big influence on investors looking for a reference point ahead of Wall Street’s opening bell, he said.

“My vote would be not to reduce trading hours, but if they are going to, overnight E-mini trading is the first place I would look,” Dick said.