Home
Stocks
Key Words: Pence agrees there’s been ‘irresponsible rhetoric’ around coronavirus as morning show hosts including Savannah Guthrie grill him on Trump’s speech
Prev Article Next Article
This post was originally published on this site 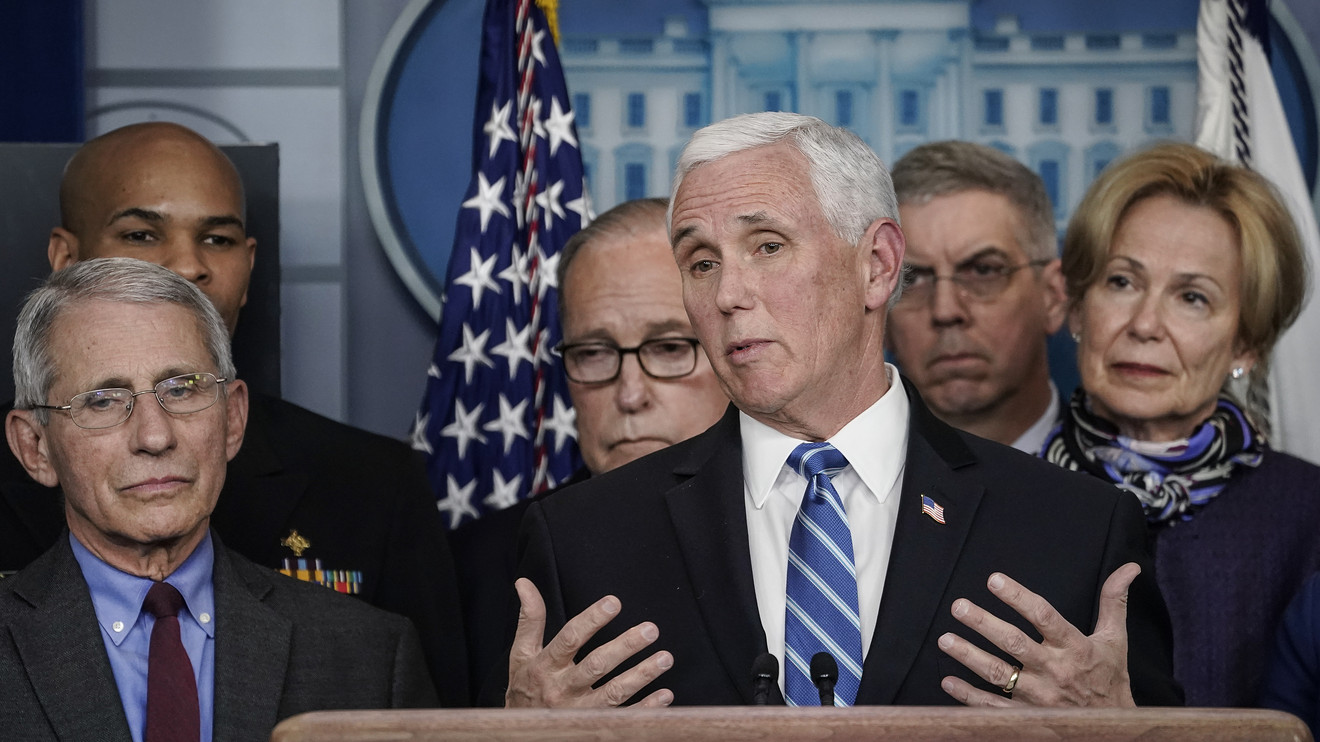 But Pence’s exchanges early Thursday with the “Today” show’s Savannah Guthrie in particular went viral on Twitter TWTR, -8.15%  as the NBC anchor pressed the head of the White House coronavirus task force about the politicization of the pandemic. She noted that Trump tweeted on Monday that the “fake news media” and the Democratic Party were working to “inflame the coronavirus situation,” and asked Pence to address the people “who aren’t afraid of coronavirus, and think it’s just politics and hype.”

Pence admitted that, “There’s been some irresponsible rhetoric,” without naming Trump or any rhetoric-spewers, in particular. “But the American people should know President Trump has no higher priority than the health and safety and well-being of the people of this country,” he said.

“There’s been some irresponsible rhetoric, but the American people should know President Trump has no higher priority than the health and safety and well-being of the people of this country.” –@Mike_Pence in response to people who aren’t afraid of the coronavirus pic.twitter.com/8sQPHMGhdW

Guthrie also asked Pence whether it had been a mistake for the U.S. not to take the WHO’s coronavirus test, and instead wait to develop our own, as the CDC’s coronavirus test rollout was hampered initially by questions over accuracy and availability.

While Pence said it was “a fair question,” he didn’t directly answer it. “That’s not the way we do it in the U.S.,” he said, before calling America “the world leader in infectious diseases,” and adding that state labs, university hospitals and commercial labs like LabCorp LH, -10.21%  and Quest DGX, -8.70%   are ramping production on coronavirus tests to be made available on “a broad basis in the days ahead.”

@Morning_Joe Good on Savannah Guthrie for pointedly asking @VP about Trump’s rhetoric of late and putting HIS supporters at risk for believing it’s all a hoax. About time reporters start being more aggressive when asking either one questions about what THEY have said.

Pence also received a grilling on CNN’s “New Day,” where Alisyn Camerota asked him why the CDC website shows the number of tests for coronavirus in the U.S. has actually gone down in the past few days — even as test production is supposed to be climbing.

“Well, I don’t believe they are, Alisyn,” Pence said, explaining that the online figures “may not be complete because we don’t necessarily collect today all the information from state laboratories.”

“OK, but then they haven’t been updated — that’s the same thing” as being wrong on the site, Camerota said.

When Pence countered that the CDC is working on a new website that would presumably deliver more up-to-date information, Camerota asked how many tests have been done.

“Well, I would leave that to the experts,” he said.

The CDC website shows the number of tests for coronavirus in the US have gone down in the past few days. VP Pence says the numbers “may not be complete because we don’t necessarily collect today all the information from state laboratories about the tests that are being done.” pic.twitter.com/KQMJWTkkln

Camerota also asked why there was so much confusion around President Trump’s travel restrictions against Europe. While Trump had initially said that all European travel would be cut off, Homeland Security officials later clarified that the new travel restrictions would apply only to most foreign nationals who have been in the “Schengen Area” (France, Italy, German, Greece, Austria, Belgium and others) at any point for 14 days prior to their scheduled arrival to the United States. And the restrictions don’t apply to legal permanent residents, immediate family of U.S. citizens or others “identified in the proclamation” signed by Trump.

What’s more, while the president said the prohibitions would “not only apply to the tremendous amount of trade and cargo, but various other things,” Trump later tweeted that the restriction “stops people not goods.”

“I don’t think there was confusion,” Pence said, explaining the unprecedented travel ban is part of the president’s “aggressive mitigation strategy” to “protect the American people from the coronavirus.

“I don’t think there was confusion,” VP Pence says about clarifications issued after Trump announced he was sharply restricting travel to the US.

“…Suspending all travel for 30 days from Europe is a part of the strategy. The other part is an aggressive mitigation strategy.” pic.twitter.com/O9sYcxOaSf

The mixed messages didn’t stop there. Pence also appeared on ABC’s “Good Morning America,” telling George Stephanopoulos that health insurance companies “are working with us” to cover treatment — even though Trump had said Wednesday night that health insurance industry leaders have already “agreed to waive all co-payments for coronavirus treatments, extend insurance coverage to these treatments and to prevent surprise medical billing.”

“We essentially want to stop the flow of people bringing the coronavirus here but then continuing to surge resources” to states most impacted by the COVID-19 outbreak, VP Pence says of Pres. Trump’s new travel restrictions from Europe. https://t.co/Te8aBMUSnW pic.twitter.com/tQCAqj3AGU

Stephanopoulos noted at the end of the interview that, “health industry spokespeople did say overnight that they are covering testing, but not treatment.”

Pence had an easier time on “Fox & Friends,” where he said reaction to Trump’s coronavirus address “has been very favorable across the country,” adding, “the American people have seen, once again, that President Trump has no higher priority than the health and safety of the people of this country.”