Home
Stocks
There ain’t no free lunch — but there is ‘free of charge’ hand sanitizer in New York state, courtesy of inmates
Prev Article Next Article 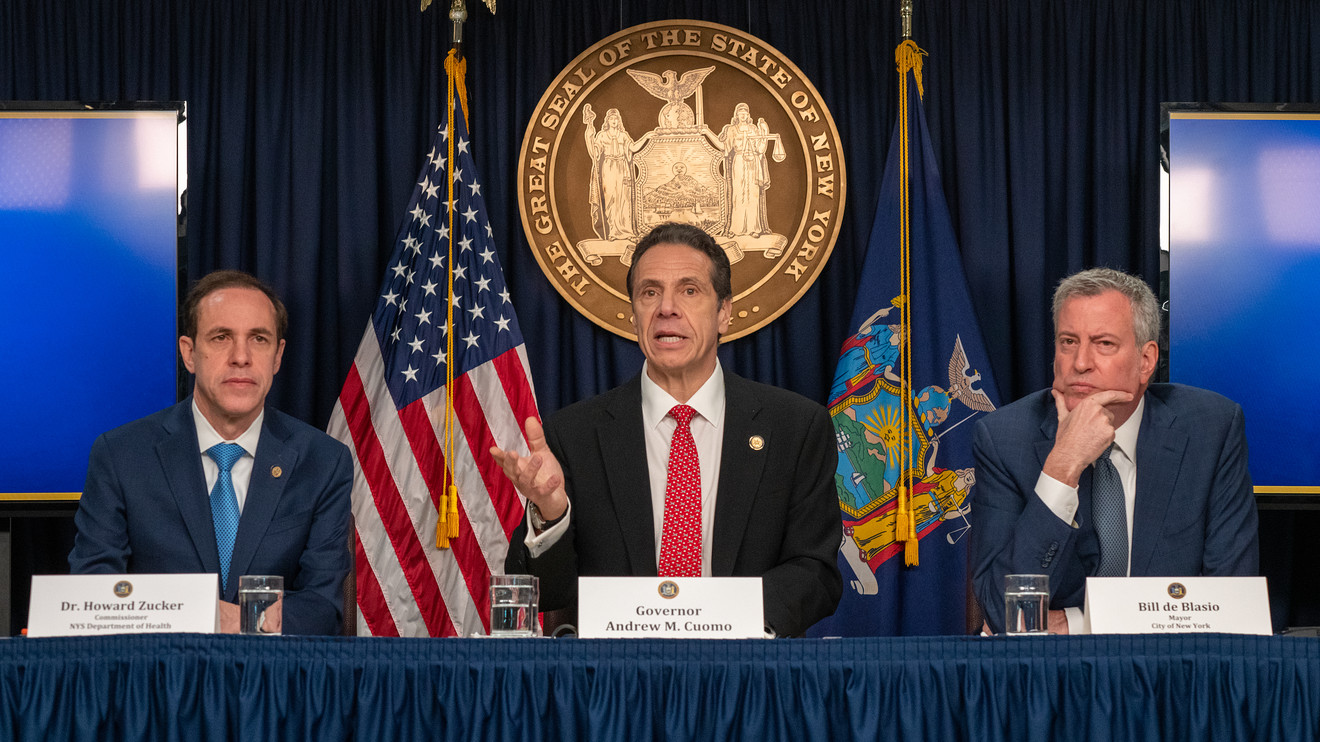 To combat shortages and price-gouging, which Cuomo said is occurring on sites like Amazon AMZN, -5.28% and eBay EBAY, -2.39%, the governor is enlisting inmates to produce 100,000 gallons a week.

The Centers for Disease Control and Prevention recommends using hand sanitizer with at least 60% alcohol when soap and water are not readily available. The “New York State Clean” hand sanitizer is 75% alcohol-based, Cuomo said on Monday.

A gallon bottle, 7-oz bottle and a 1.7-oz bottle cost $6.10, $1.12 and 84 cents, respectively, to make, he added. The sanitizer will be “made available to residents free of charge, and distribution will be prioritized by the most impacted and high risk communities, including the New Rochelle community, and state agencies,” according to a statement released shortly after Cuomo spoke.

“To Purell and Mr. Amazon and Mr. eBay, if you continue the price gouging we will introduce our product which is superior to your product,” Cuomo said.

“We are making every effort to ensure that anyone who sells on our platform follows local laws and eBay policies,” Ashley Settle, an eBay spokeswoman said.

“Price gouging is a clear violation of our policies, unethical, and in some areas, illegal,” an Amazon spokeswoman said. “In addition to terminating these third-party accounts, we welcome the opportunity to work directly with states attorneys general to prosecute bad actors.”

“We assume the State of New York and the company it has identified to produce hand sanitizer in its prisons… and will do what is needed to produce safe and effective product in a way that is fully compliant with all regulations and standards,” said Samantha Williams, corporate communications senior director at GOJO.

Selling state-produced hand sanitizer on those websites would be illegal, according to Corecraft, the correction facility-based group that is manufacturing the sanitizer. “By law, Corcraft can only sell to government agencies at the state and local levels, schools and universities, courts, fire departments, police departments and certain not-for-profits,” Corecraft states on its site.

The governor’s office did not immediately respond to a request for comment on whether the governor intends to sell state produced sanitizer on Amazon and eBay.

Corecraft workers earn an average wage of 65 cents an hour, according to a Gothamist story published in August.

Stores like Costco COST, -3.00%, BJs BJ, -3.05% and Krogers KR, -2.46% have also sold out of hand-sanitizing and household disinfectant products in many stores nationwide.

Consumers, as a result, have attempted to make their own hand sanitizer. In some cases, using vodka and other high-alcohol-content liquors, despite advice from companies like Tito’s Handmade Vodka who have repeatedly told consumers not to do so.

In total, there were 142 coronavirus cases in New York as of Monday, according to the New York Dept. of Heath’s site. 98 of the cases occurred in Westchester County, north of New York City. The majority of the Westchester cases are believed to be related to a single lawyer, Lawrence Garbuz, who came down with the illness.

On Saturday, Cuomo became the fourth governor to declare a state of emergency in light of the coronavirus outbreak.