Home
Stocks
‘They don’t need to know everything.’ How to talk to your children about coronavirus — without scaring them
Prev Article Next Article 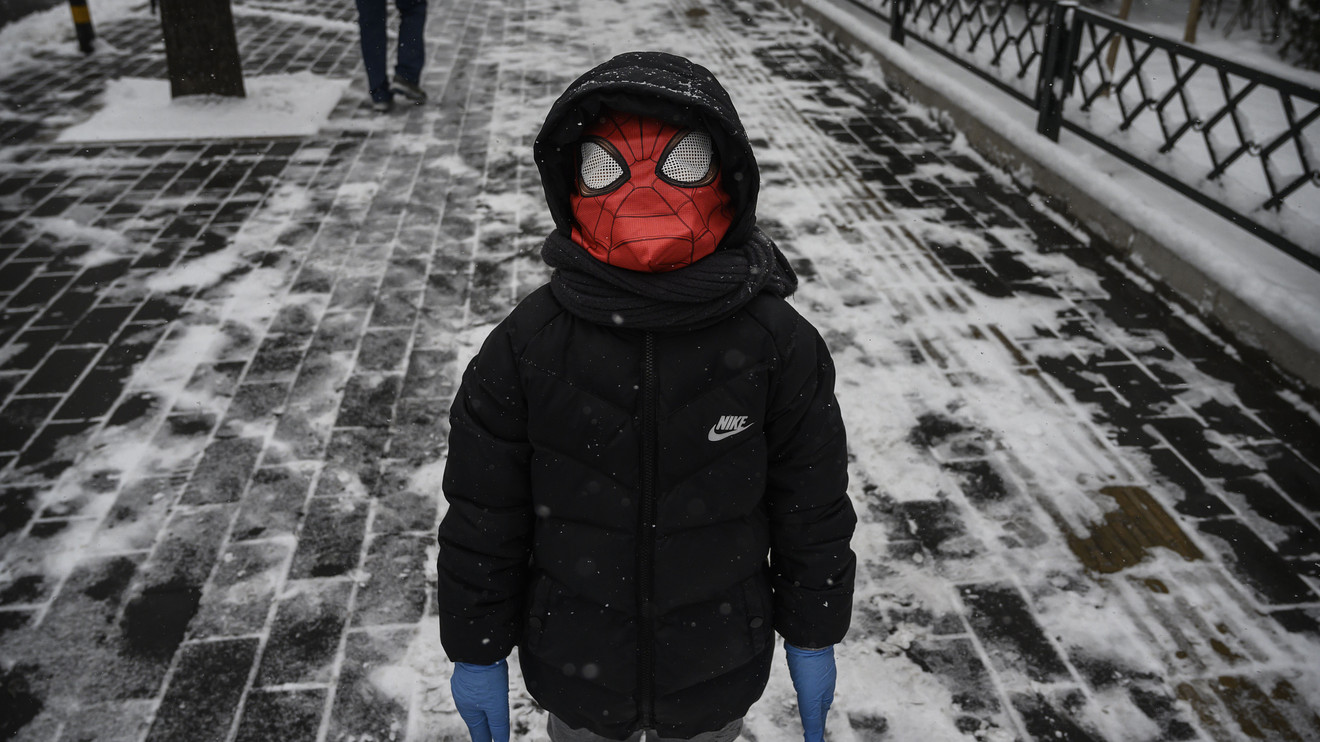 Curious kids are bound to have questions about the new coronavirus — and experts say there are ways to educate them without causing undue alarm.

COVID-19, a respiratory disease caused by the new virus SARS-CoV-2, had sickened at least 97,877 people and killed 3,347 worldwide as of Thursday, with most cases occurring in mainland China, according to data compiled by Johns Hopkins University’s Center for Systems Science and Engineering. The U.S. had at least 213 confirmed cases and 11 deaths as of Thursday.

Most confirmed COVID-19 cases in China have occurred in adults, according to the Centers for Disease Control and Prevention. A World Health Organization report published last month concluded that the disease appeared “relatively rare and mild” in children, with cases reported in people younger than 19 making up just 2.4% of the total. Only 2.5% of those younger than 19 had severe disease, and 0.2% had critical disease.

“It seems to be that children just aren’t as affected, and they don’t seem to get as sick,” epidemiologist Emily Landon, the medical director for infection prevention and control at University of Chicago Medicine, told MarketWatch. Public-health experts remain unsure as to exactly why this is, she added.

But with an increasing number of school-closure announcements, and news of the outbreak dominating headlines and social-media platforms, children are likely to be exposed to loads of information (and misinformation) about the novel coronavirus — and have plenty of questions. Here are some best practices for addressing their concerns:

Educate yourself on how the disease is transmitted and how severe it can be, said Temple University epidemiologist Krys Johnson, who suggested reviewing the CDC’s website. Be sure to manage your own anxieties associated with the disease, Johnson added: The WHO offers a handy guide to coping with stress during the COVID-19 outbreak.

Your approach to the COVID-19 talk will depend on your parenting style and your individual child. Some parents may have a “radical-transparency strategy,” while other may decide to correct misinformation from the schoolyard and/or decide on certain preventative measures, while avoiding telling the child about the number of deaths in the U.S., or other such details.

Aaron Milstone, a professor of pediatric infectious diseases and epidemiology at Johns Hopkins Medicine, suggested letting your child drive the conversation and giving simple and honest answers. “Ask them what their questions are and what they have concerns about, and don’t necessarily provide them with additional information,” he said.

“There are lots of things that we as adults worry about and think about and want to plan for, and if your kids aren’t interested in that, then they don’t necessarily need to know about it,” he added.

The coronavirus talk might even vary across different children within the same family, said Kate Eshleman, a pediatric psychologist at Cleveland Clinic Children’s hospital. Each child “can tolerate different amounts of information, details and discussions,” she said.

“They don’t need to know everything there is to know about it,” Landon said, “but if you avoid the conversation, they can often have fears that are even bigger.”

Empower your kid with knowledge

Teach your child good respiratory etiquette and hand hygiene, Landon said. Remind them to cover their mouth and nose when they cough or sneeze; use tissues when coughing or sneezing and dispose of them afterward; employ the “Dracula” cough by coughing into their elbows; wash their hands with soap and water for 20 seconds after using the bathroom and before eating or drinking; and avoid touching their faces.

“When they feel like they have something that they can do, it can empower them to do these things in order to protect themselves and their family,” Landon said. “Just leaving them with nothing to think about lets them fill the void with things that can be pretty bad and pretty dangerous.”

Remind teens not to share food, drink or makeup with friends or classmates, Johnson added. “That would go toward not only reducing flu and coronavirus infection, but also meningitis,” she said.

Tailor your approach to your child’s age

Talk to your child “in a developmentally appropriate way,” Eshleman said. “The 6-year-old is going to have different questions than the 16-year-old,” Milstone added.

Younger children might need a more layperson-friendly explanation of COVID-19, Landon said, along the lines of: “There’s a new virus that scientists discovered that is a lot like influenza, but we don’t have any vaccines, and no one’s ever had it before — so a lot of people could get sick. The good news is that almost everybody’s going to be just fine, but there are a lot of things that we can do to help keep it from spreading too fast.”

You can even try to make hand hygiene fun for little kids, Johnson said, by singing the “Happy Birthday” song twice or “Twinkle, Twinkle Little Star” for the 20-second hand-washing duration, or making a game out of who can go the longest without touching their face.

Older kids will need “a little more science,” Landon said, as they’re consuming news coverage and might have a firmer grasp of biology. “They’re already going to have a lot of the basic information,” Johnson added. “It’s more about giving them parental and peer support.”

For example, a preteen or teen might not feel particularly “cool” being hyper-vigilant about hand-washing, but you can speak in realistic terms about the consequences of not taking such precautions, Johnson said. While missing a few days of school might sound fun, “you can’t play hockey if you’re sick, so you have to take care of yourself,” she said by way of example. “If you get coronavirus, you can’t go out to the mall or you can’t go to the movies for two weeks.”

Ready them for a long stint at home

Your children might eventually need to hang out at home for a stretch of time, whether it’s due to school closure or their getting sick, and they may want some input on what they would like to have on hand in such a scenario, Landon said. Her son is now set with Gatorade and chicken soup in the event he gets sick, she said; he also wanted to order some puzzles.

Such planning can prime your family both practically and psychologically. “That way when it happens, we’re like, ‘Oh yeah, we prepared for this,’” Landon said.

“We don’t want to scare our kids — we want to make sure they feel safe, and that we’re doing everything that we can to keep them safe,” Milstone said.

Kids (and adults) should understand that there will eventually be some kind of end to the current COVID-19 outbreak, Landon added, and that life will more or less return to normal.

“It’s important to acknowledge that they may have heard or seen a lot about this … [but] there really isn’t a reason for fear right now,” Eshleman said. “We want to provide some reassurance that in spite of what they’ve seen, [coronavirus cases are] still a relatively rare occurrence and often times not that serious.” Most COVID-19 illnesses so far have been mild, the CDC says.

If you don’t know the answer to a question, “it’s OK to tell kids that,” added Eshleman — after all, it’s better to admit you don’t know something than to provide false reassurance or false alarm. Look up the answer together as a family activity, Johnson suggested.

If your child thinks they have coronavirus…

“I think for right now, we can reassure them that it’s not in most communities in the U.S.,” Milstone said. “If it is in your community and people are concerned, they should call their providers and talk to them.”

COVID-19’s symptoms, which range from mild to severe and include fever, cough and shortness of breath, might appear two to 14 days after exposure, according to the CDC. Initial symptoms can be similar to those of the common cold and flu.

If your kid is struggling with anxiety or bad dreams related to the coronavirus, reach out to your pediatrician or school counselor for advice, Landon said. The WHO also has a guide to helping children cope with stress associated with COVID-19.

Remind them that we’re all in this together

Your children might have to make sacrifices as the disease continues to spread — like not being able to visit Grandma when they’re sick, or having to miss a chess-club meet — and it’s important to listen to their feelings and concerns, Landon said. But you can also frame these acts as part of their social responsibility to protect others and be a good community member.

“We are all going to have to work together to slow the spread of this and protect the more vulnerable among us,” Landon said. “It’s a great time to teach your children about prosocial behavior — of avoiding getting other people sick, staying home when you’re sick, and having to give up things that we like to do because it’s better for everybody.”