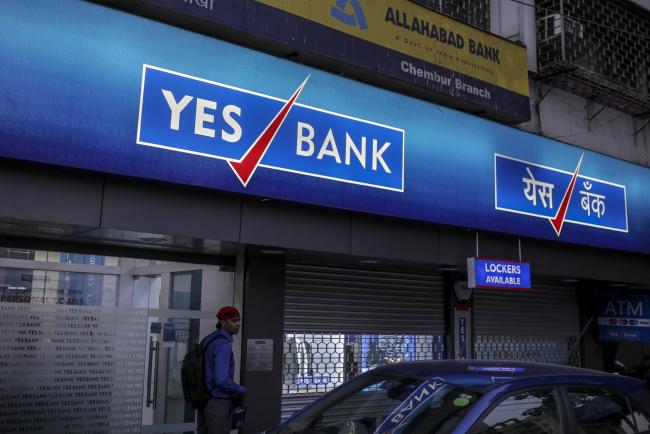 “The effect of Yes Bank’s collapse will be felt across all markets with Sensex, Nifty falling sharply, rupee weakening and credit markets becoming more frozen and illiquid,” Zephyr Financial said in a note. “There could be a flight to safety to government bonds.”

The Reserve Bank of India put strict limits on the lender’s operations while a rescue plan is devised. Under a government-backed proposal, State Bank of India, the nation’s largest lender, will lead a group that will inject new capital into Yes Bank, people familiar with the matter said on Thursday.

The Reserve Bank of India capped Yes Bank withdrawals at 50,000 rupees ($682) and ordered it not to issue new loans as it moved to protect the financial system from the woes of the country’s fourth-largest private lender.