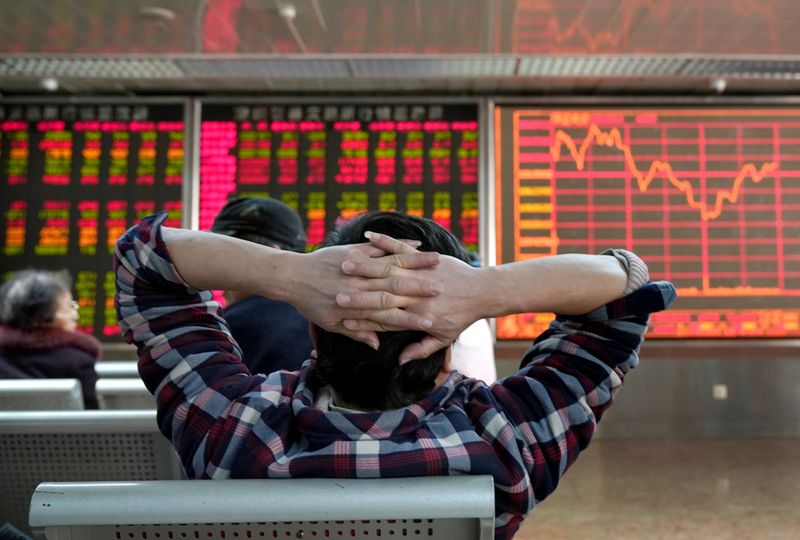 SHANGHAI/BEIJING (Reuters) – China-listed brokerages reported a jump in February earnings as their trading and underwriting businesses benefited from Beijing’s monetary easing and relaxed financing rules aimed at softening the economic blow from the coronavirus.

Major brokerage Citic Securities Co’s (SS:) (HK:) net profit in February jumped 37% from January, and is up 45% from a year earlier, according to Reuters calculations based on monthly results of the parent company released on Friday.

Results from dozens of other brokerages also point to a robust first quarter, setting them apart from other sectors such as tourism and entertainment whose operations have been hit by the epidemic.

“During the epidemic, investors are fully confident of the country’s ability to defeat the virus, and their market participation also increased on the back of stimulus measures,” said Cao Weidong, vice president of Yuekai Securities.

Brokerages’ trading and wealth management business benefited from a boisterous stock market that saw its main index () jumping roughly 14% from January lows on the back of monetary easing.

Fu Ziheng, economist at China Fortune Securities, said recent trading commission income is as good as it was during the 2015 market boom, describing the current run as a “water buffalo”, a reference to the market’s ample liquidity and bullish direction.

A brokerage executive, who declined to be named, said because of the epidemic, investors “don’t have much else to do, so they spent most of the time at home, chasing hype on stocks and making orders for mutual funds.”

Some analysts believe Beijing’s efforts to step up financial reforms will continue to drive brokerage sector growth and could foster China’s own version of Goldman Sachs (NYSE:) or JPMorgan (NYSE:).

Morgan Stanley (NYSE:) expects the uptrend of Chinese brokerages to continue as China steps up financial reforms, and further opens up its capital markets.

Reform could lift brokerages’ profits by at least 17% annually, and drive top players’ return on equity (ROE) by 2 percentage points over the next three years, the Wall Street bank estimates.