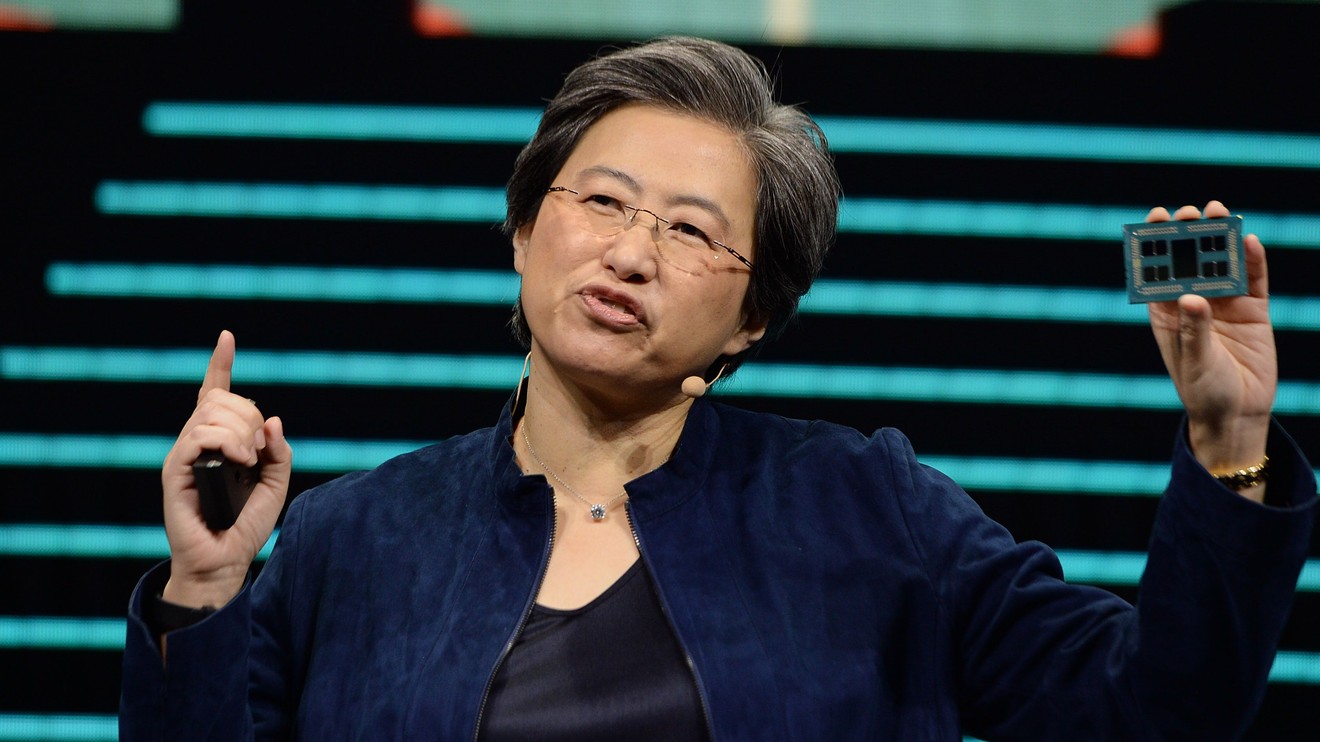 Advanced Micro Devices Inc. showed investors at its big yearly analyst meeting Thursday that it’s not resting on its laurels that made it the best performer in the S&P 500 last year, and presented a convincing case to continue to trust Chief Executive Lisa Su.

But the biggest surprise was that the company does not expect to see much of a revenue hit from the coronavirus outbreak, at least for now. Executives maintained its previous forecast for first-quarter revenue of $1.8 billion, plus or minus $50 million, and admitted that sales will probably come in at the low end of its guidance range. Its shares jumped as high as 6% in after-hours trading. Many companies in tech are seeing bigger hits to revenue due to slowing demand from China.

“Our best visibility is that the impact in the first quarter will be modest,” Su told analysts. She also noted that the company has seen some decline in demand in China, but that it has also seen more demand on the infrastructure side. “There is a lot of puts and takes,” she said.

Su told investors that the company is targeting a five-year compounded annual revenue growth rate of 20%, and that a good chunk of that growth will come from sales of its chips to data centers inside corporations and service providers, also known as hyperscalers. In 2019, AMD’s total revenue grew 50% to $6.7 billion, a major coup for the once-troubled company. Analysts have already projected that revenue growth will start decelerating this year, but still grow by double digits, with a growth rate of 29.4% projected for 2020 and 18.2% for 2021, according to FactSet.

“Data center becomes 30% of revenue, up from 15%, approximately, now,” said AMD Chief Financial Officer Devinder Kumar. In the past, AMD has not broken out revenue from its data-center sales, and has put sales to data-center customers in the segment of enterprise, embedded and semi-custom, which is made up mostly of videogame console designs.

The company is also working on a wide variety of future products, as it aims to continue to make big gains as a high-performance-computing player, Su said. Several new chip architectures are in the works, including CDNA architecture for compute-focused graphics processors with a focus on machine learning, RDNA for gaming-focused graphics processors, and Infinity architecture for its CPUs (central processing units) for PCs. Most of these new architectures are not expected to form the basis of new chip designs until at least 2022.

But the scrappy rival to Intel has come into its own under Su and her team. The company is now strongly profitable, after years of losses and product miscues. A slowing of the huge growth rate it saw in 2019 is going to be a bit of a comedown for investors, but AMD has a strong vision for the future and, finally, a capable leader in charge.