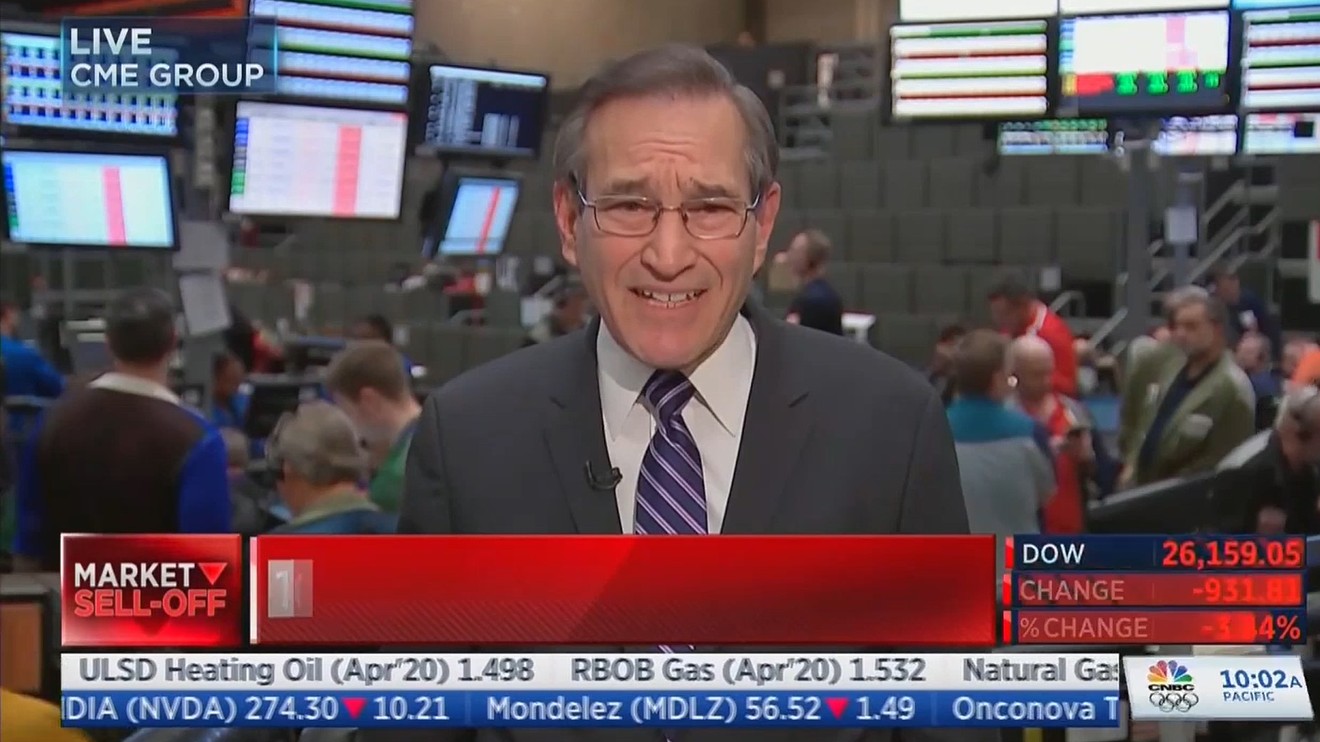 Everyone in America should be given the coronavirus so the economic impact of the outbreak will be lessened, CNBC on-air editor Rick Santelli suggested Thursday.

But what he left unsaid was that would result in more than 11 million Americans dead.

Santelli, who is widely credited with helping spark the Tea Party movement in 2009, made the comments during CNBC’s “The Exchange” in a conversation with anchor Kelly Evans, who asked him what the catalyst was for the recent chaos on Wall Street.

“The catalyst? Just watch your local news. There’s your catalyst,” Santelli said, according to a transcript.

Santelli continued: “Of course, people are getting nervous. And listen, I’m not a doctor. I’m not a doctor. All I know is, think about how the world would be if you tried to quarantine everybody because of the generic-type flu. Now I’m not saying this is the generic-type flu. But maybe we’d be just better off if we gave it to everybody, and then in a month it would be over because the mortality rate of this probably isn’t going to be any different if we did it that way than the long-term picture, but the difference is we’re wreaking havoc on global and domestic economies.”

Of course, infecting the entire population at once would overwhelm hospitals and doom those who would have been saved by a future vaccine, or never caught it at all.

CNBC did not immediately respond when asked to comment on Santelli’s remarks late Thursday.

World Health Organization Director-General Tedros Adhanom said Tuesday that the COVID-19 coronavirus has killed 3.4% of those with reported cases, compared to the seasonal flu, which kills far fewer than 1% of those infected.

At that rate, if all 329 million Americans were infected at once, as Santelli suggested, the death toll would top 11 million. Even a fatality rate of 1.4%, which a February New England Journal of Medicine study suggested, based on cases in China, would result in 4.6 million deaths if every American was infected. (One leading epidemiology professor has suggested 40% to 70% of the world’s population will catch it this year, though most will have a mild reaction.)

In perspective, an estimated 16,000 Americans have died from the seasonal flu this year.

Response on social media was quick and unsparing, with some calling for Santelli to be fired for saying something so irresponsible: