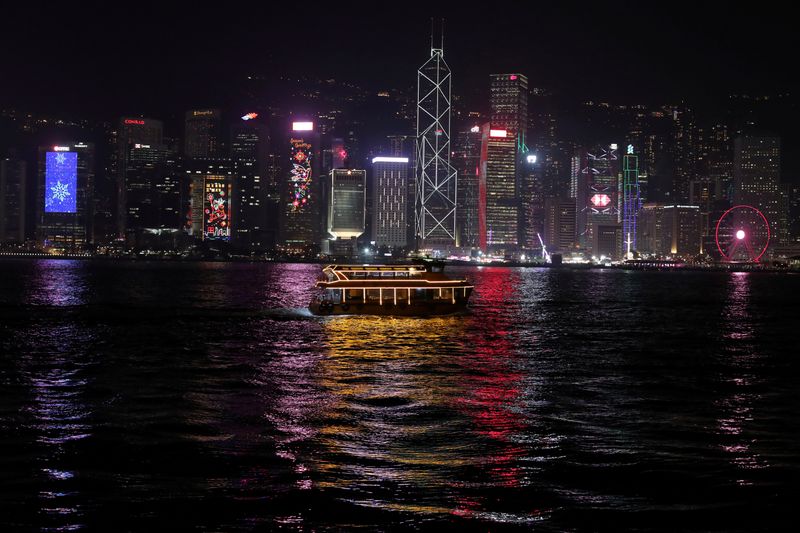 By Scott Murdoch and Julie Zhu

HONG KONG (Reuters) – WeDoctor will push ahead with a Hong Kong listing and invite pitches from investments banks next week to lead an IPO valuing the Chinese healthcare platform at up to $10 billion, two sources with direct knowledge of the matter said.

The Hangzhou-based company, which is backed by Tencent Holdings Ltd (HK:) and Goldman Sachs (N:), could look to raise up to $1 billion in the IPO, and could be among the first major Hong Kong listings since the coronavirus outbreak began.

WeDoctor has invited investment banks in Hong Kong and mainland China to a ‘beauty parade’, which will be held via video conferencing and in person at the company’s offices for bankers located in China, three sources said.

The company’s new chief financial officer John Cai, who is set to join from WeDoctor shareholder and strategic partner AIA (HK:) where he was chief executive, will take part in the discussions from Hong Kong with bankers in the city.

Founded in 2010 by artificial intelligence expert Jerry Liao, WeDoctor has more than 210 million registered users mainly in China for its online appointment booking, prescription and diagnosis services. It is also linked to about 3,200 hospitals and 360,000 doctors.

The planned float, which will likely take place in the second half of the year, will include its core business – online healthcare services, one source said. It is considering whether to exclude some units such as cloud-services from the IPO.

The deal would be a sign that Hong Kong’s equity capital markets, which have been battered by a coronavirus-led slowdown, are set to regain some confidence in the second quarter of 2020.

WeDoctor raised $500 million https://www.reuters.com/article/us-china-tencent-wedoctor/tencents-wedoctor-raises-500-million-values-firm-at-5-5-billion-pre-ipo-idUSKBN1IA08G in a private funding round in May 2018 which valued the company at $5.5 billion at the time.

It is among a spate of technology-driven firms looking to shake up China’s overburdened public healthcare market, with increasingly affluent consumers willing to pay for ways to get more convenient access to doctors and health services.

Its move also comes two years after rival Ping An Good Doctor, formally known as Ping An Healthcare and Technology Co Ltd (HK:), raised $1.1 billion in an IPO, but saw its shares later tumble as investors worried about its high valuation.