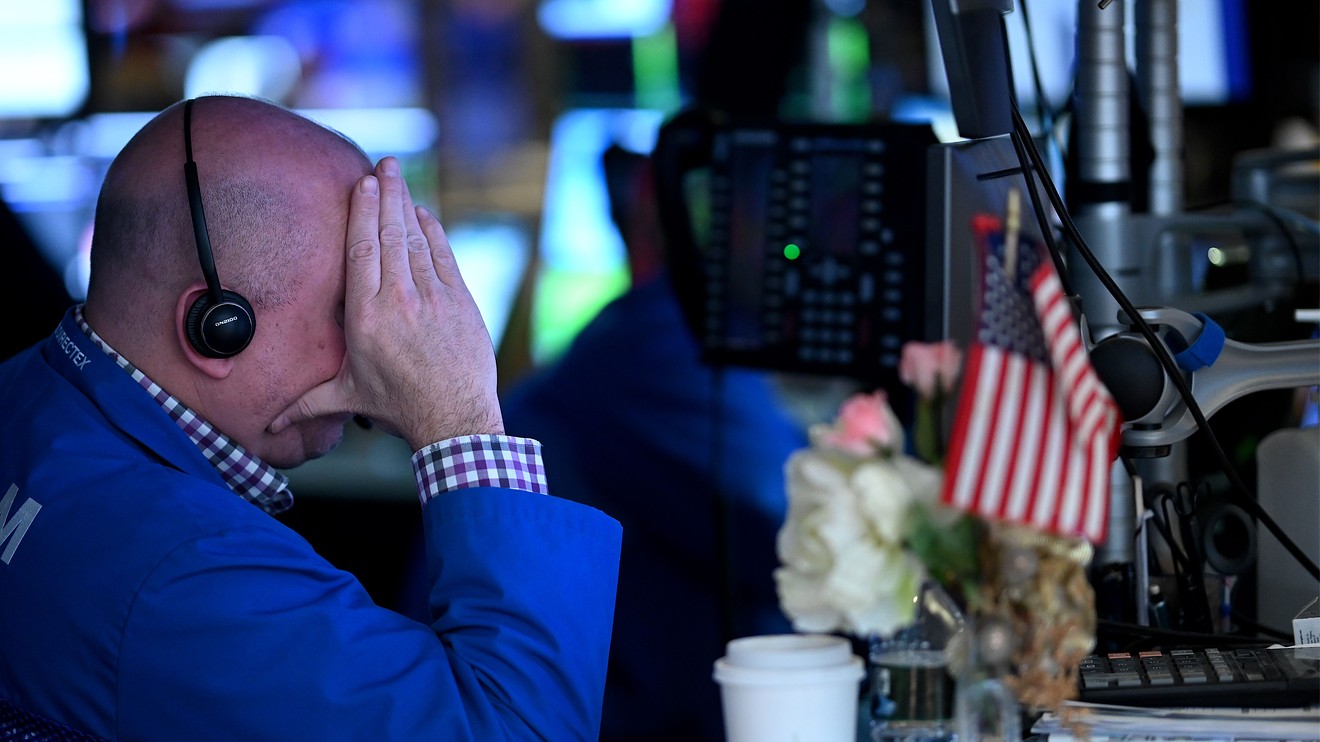 Thank God It’s Friday? That is not the case for Wall Street investors with stocks in the Dow Jones Industrial Average, which is on pace for a dubious distinction if the 124-year-old index finishes in negative territory tomorrow.

Fridays have become a source of dread for Wall Street investors lately because of the uncertain landscape that the viral outbreak of COVID-19 has created heading into the weekends.

In fact, if the Dow DJIA, -3.57% closes lower Friday, it will mark its longest string of losses on that day, seven straight, since the string of eight straight Friday losses ending July 2006, according to Dow Jones Market Data.

“Fridays have become the scariest day of the week because we know with a high percentage of certainty that there’s going to be more bad news and we have seen how that manifests in equity valuations,” Art Hogan, chief market strategist at National Securities, told MarketWatch.

The epidemic that reportedly originated in Wuhan, China in December has sickened nearly 98,000 people and claimed at least 3,300 lives so far, as it spreads rapidly around the globe.

A series of travel restrictions put in place by various governments as well as policies from large employers recommending that workers reconsider business and personal trips in some instances is negatively impacting the travel industry and is likely to dent the global, if not the domestic, economy.

For that reason, the Federal Reserve cut benchmark interest rates on Tuesday by a half-point to a 1%-1.25% range, marking the first time the central bank has conducted an emergency rate cut since the 2008 financial crisis. Market participants are anticipating another half-point cut at the Fed’s scheduled March 18 meeting.

The infectious disease is an exogenous factor that economists and investors are finding difficult to model, and weekends have come with a greater — though somewhat expected — degree of increases in cases outside of China and increased steps by governments to limit the outbreak, which in turn threaten to slow down economic expansion.

Testing for the illness hasn’t gotten under way robustly in the U.S. because the U.S. Centers for Disease Control and Prevention initially distributed flawed tests, USA Today reported.

At least 206 people have tested positive for COVID-19 in the U.S. and 11 people have died, as of Wednesday, according to figures from the Johns Hopkins Whiting School of Engineering’s Centers for Systems Science and Engineering.

Even before the coronavirus anxiety reached its recent apex, the Dow has been trading tentatively on Fridays. So far this year, the blue-chip benchmark has been down eight of the past nine Fridays.

The big catalyst for markets tomorrow may be any signs of the outbreak of the novel coronavirus impacting U.S. jobs. The U.S. likely added a healthy 165,000 new jobs in February after a preliminary 225,000 gain in the first month of the year, according to economists surveyed by MarketWatch.

If there is a big deceleration in the pace of what has been heady gains for jobs, markets could be in for another woeful Friday.