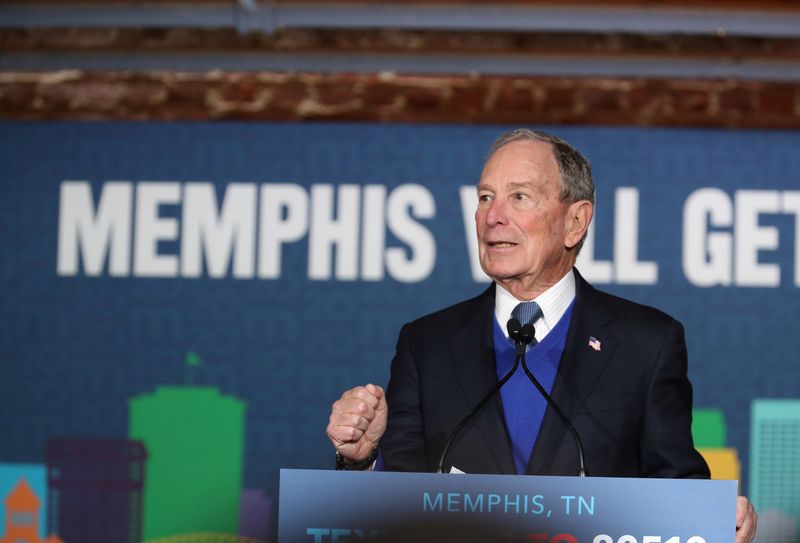 By Kenneth Li and Greg Roumeliotis

Ginsberg has been on unpaid leave from SoftBank since January, and it was unclear when he will return, the sources said. His move comes as the Japanese conglomerate is battling to reset its image with the business community, so it can attract investors for the second $108 billion Vision Fund it has been struggling to raise.

Ginsberg is working as a senior advisor to the Bloomberg campaign, the sources said. He has advised on debate preparation, messaging and has helped make introductions in the political and media spheres, the sources added.

Sarah Lubman, who worked for Ginsberg, has taken over as acting head of communications at SoftBank, the sources said.

Ginsberg was a long-time top advisor to Rupert Murdoch, and was the top communications executive at Time Warner before AT&T Inc (N:) acquired the media conglomerate in 2018.

A former lawyer at Simpson Thacher & Bartlett LLP, Ginsberg served in the Clinton administration at the White House Counsel’s office and the Justice Department, according to his biography.