Home
Stocks
Want to own a Tesla Cybertruck for $400? Mattel has got one for sale
Prev Article Next Article
This post was originally published on this site 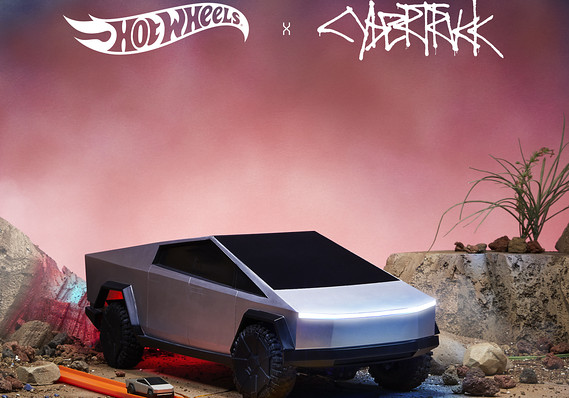 The Cybertruck comes in two sizes and both are radio-controlled

Mattel Inc. has added the Tesla Inc. Cybertruck to the Hot Wheels lineup.

The toy maker has radio-controlled versions available for pre-order in two sizes: a three-inch vehicle that can race on a Hot Wheels track, priced at $20; and a limited-edition version that’s one-tenth the size of an actual Cybertruck, on sale for $400.

Both sizes will drive at both “chill” or “sport” speeds. The larger Cybertruck can travel at more than 25 miles per hour. It also has working headlights and taillights, a removable plastic body that will show a full interior, and a reusable vinyl sticker that will mimic the broken window that resulted when a Tesla employee hit the “armour glass” with a steel ball.

The items will be available starting Dec. 2020.

Mattel brought the items to market three months after the unveiling of the electric Cybertruck, which the toy company says is the fastest speed-to-market in its history.

Speed was a theme at this year’s annual toy fair, with some items on the Jacob Javits floor showcasing the quicker movement by toy companies looking to capitalize on a trend.

Funko Inc. FNKO, -1.59%  , which had its IPO in Nov. 2017, has said that quickly getting to market to capitalize on pop culture themes is part of what drives the company.

Jackie Breyer, editorial director at The Toy Insider, says speed is important for entertainment merchandise. And large companies like Hasbro Inc. HAS, -1.27%   and Mattel have the resources to move quickly, particularly when they own their factories.

One of the other big trends of the conference was Baby Yoda, or The Child character from “The Mandalorian.” Mattel said it created a plush doll for the character in three weeks.

Hasbro also has a lineup of Baby Yoda merchandise including collectibles and an animatronic version of the character. The product launch was done in 20 weeks, according to Eric Nyman, chief consumer officer at Hasbro.

And Lego has an exclusive partnership with Amazon.com Inc. AMZN, -2.30%   for the Lego Star Wars Razor Crest, which will be available on Sept.1 for $129.99, ahead of the new season of the show. The item, which is available for pre-order on the Lego e-commerce site and will be available in Lego stores, was one of the best-selling items on the website during the toy fair.

Other key trends to watch for this year:

Water play. Kids have moved away from the gross-out, poop-focused toys of the past couple of years and are now looking for some good, clean fun with toys that make water central to the experience.

Oftentimes, the toy is dipped in water, sprayed or otherwise wet in order to trigger a surprise reveal. In the case of Moose brand’s toy, Lil Dippers, children get the experience of bringing home a fish in a plastic bag, with the fish swimming free when the bag is activated by water.

Of course, there’s still something for the kids who are into scatological toys. Moose is also selling Gotta Go Flamingo. The wide-eyed pink flamingo’s neck shimmies after kids feed it the “magical sherbet,” then alerts kids that it has “gotta go.” Kids fill the toilet with water and place the flamingo on top. When the water is drained from the droppings, the flamingo can once again dine on the sherbet.

Read: Consumer-facing companies will be the first hit if the coronavirus spreads across the U.S.

Sustainability. Concern about the environment extends to the toy industry, which has a product that is frequently made with plastic and then is packaged in lots of plastic and paper.

To tackle this, more toys are making the packaging part of the play.

Blume dolls “sprout” from flower pots once they’re sprinkled with water. Once the child removes the doll, the pot can be used for actual plants.

Nelo Lucich, chief executive of Skyrocket, the company behind Blume, said that with the growing number of millennial parents, making toys that are eco-friendly will be more important. But the effort is made more difficult because companies are “trying to hit a certain price point” that inexpensive plastic can accommodate.

Lego aims to make all of its bricks sustainably by 2030, introducing plant-based bricks that are increasingly used in sets, including a Tree House model.

YouTube. With more kids watching YouTube, toy companies are turning to the online video site for inspiration for new toys and content to showcase toys on its roster.

Bonkers Toy Co., which launched in 2015, licenses toys from YouTube influencers, including a Ryan’s World toy line, based on the YouTube channel with 24.1 million subscribers.