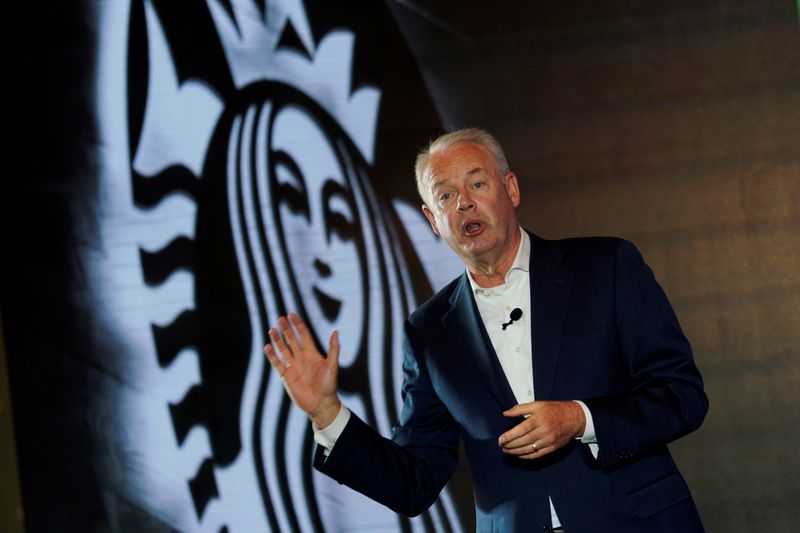 (Reuters) – Starbucks Corp (O:) said on Thursday 85% of its stores in China were open, weeks after the coffee chain shut nearly half of its over 4,000 stores in the world’s second-largest economy due to the coronavirus outbreak.

“With the number of new cases in China slowing, we are seeing the early signs of a recovery in the region,” said Chief Executive Officer Kevin Johnson. (https:// Chinese authorities said the number of new deaths stood at 29 on Thursday, its lowest daily tally since Jan. 28. There were just 433 new cases in mainland China over the previous day, compared to 586 in nations and territories elsewhere.

The epidemic, which has claimed nearly 2,800 lives, infected nearly 80,000 people and spread to 44 countries so far, has forced retailers and restaurants in China to shutter stores and warn of hit to their earnings earlier in the year.