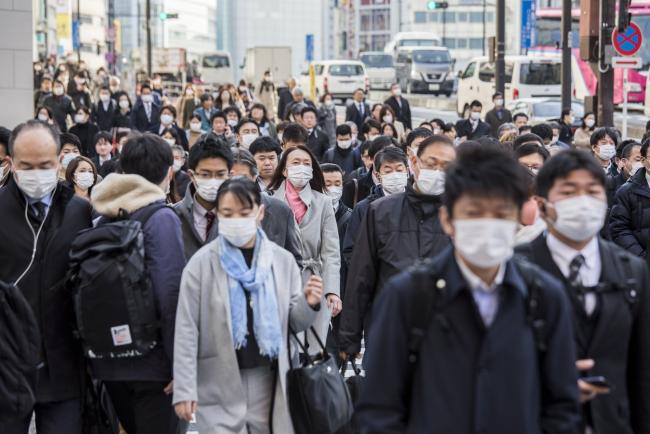 (Bloomberg) — Stocks in Asia fell in heavy trading Wednesday after another epic rout on Wall Street, while U.S. futures rose and the yen dipped, taking back some of their strong recent moves.

The won fell toward its weakest since 2016 after South Korea reported a further escalation in coronavirus cases. Stock benchmarks were down more than 1% in Seoul and Tokyo, though came off their lows of the session. Hong Kong and Shanghai saw smaller drops. The S&P 500 Index fell 3% overnight, in its worst two-day slide since 2015. Ten-year Treasury yields held near Tuesday’s record low. The was flat, and the yen gave up some recent gains.

South Korea, Asia’s fourth-largest economy, said its national total for coronavirus cases is now more than 1,000, up from just 51 a week ago. American health officials on Tuesday warned that they expect the epidemic to spread in the U.S., news that extended the sell-off in stocks.

The virus and the market reaction has also entered U.S. politics. President Donald Trump tweeted “Stock Market starting to look very good to me!” after the close on Monday. Democratic presidential candidate Elizabeth Warren by contrast said the plunge in stocks is only the “tip of the iceberg” of a growing economic threat from the coronavirus.

Meantime, traders are monitoring for any signs of policy accommodation as the global economy absorbs the blow of virus-linked shutdowns. U.S. central bankers are closely monitoring the spreading virus, but it is “still too soon” to say whether it will result in a material change to the outlook, Federal Reserve Vice Chairman Richard Clarida said Tuesday. Traders nevertheless are betting on further easing.

“The ultimate impact remains entirely unknown at this stage,” said Eleanor Creagh, a Sydney-based strategist at Saxo Capital Markets. “And uncertainty is the enemy of conviction.”

Elsewhere, remained around $50 a barrel after slumping for two straight sessions.

These are some key events coming up:

These are the main moves in markets: