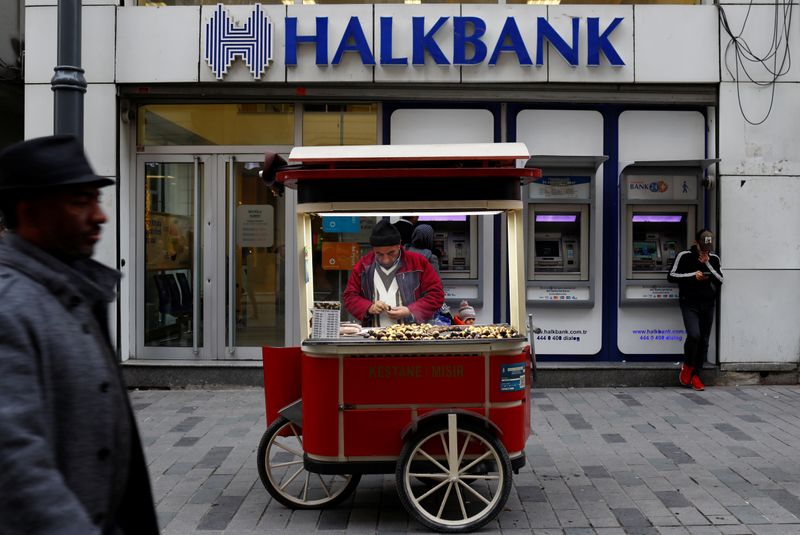 NEW YORK (Reuters) – Turkey’s state-owned Halkbank (IS:) has agreed to enter a formal plea of not guilty to criminal charges that it helped Iran evade U.S. sanctions, backing down from its previous refusal to answer the allegations, a lawyer for the bank said on Tuesday.

The bank has maintained that the federal court in Manhattan where it is charged has no jurisdiction over it. The case, which has caused tension between the United States and Turkey, accuses Halkbank of using money servicers and front companies in Iran, Turkey and the United Arab Emirates to evade sanctions through sham transactions in gold, food and medicine.

Andrew Hruska, the bank’s U.S. lawyer, said at a court hearing that the bank had been reassured it would not give up its right to challenge the court’s jurisdiction by responding to the charges. He said he had been given permission by the bank’s general manager to enter a plea on its behalf.

“Now that those issues have been resolved, we’re ready to proceed,” he said.

U.S. District Judge Richard Berman ordered Hruska to obtain written authorization from Halkbank before entering the plea. Another hearing is scheduled on March 3.

The bank’s change of course came after U.S. prosecutors asked the judge to hold it in contempt for failing to respond and impose heavy fines, beginning at $1 million per day and doubling each week.

They included former Halkbank executive Mehmet Hakan Atilla, who was convicted in January 2018 after another defendant, wealthy Turkish-Iranian gold trader Reza Zarrab, pleaded guilty and testified against him.