Home
Market
Hong Kong Stocks Trade Near Lowest Versus World Since 2004
Prev Article Next Article
This post was originally published on this sitehttps://i-invdn-com.akamaized.net/content/picfddc90800e29190808e37f2ff3d876e2.jpg 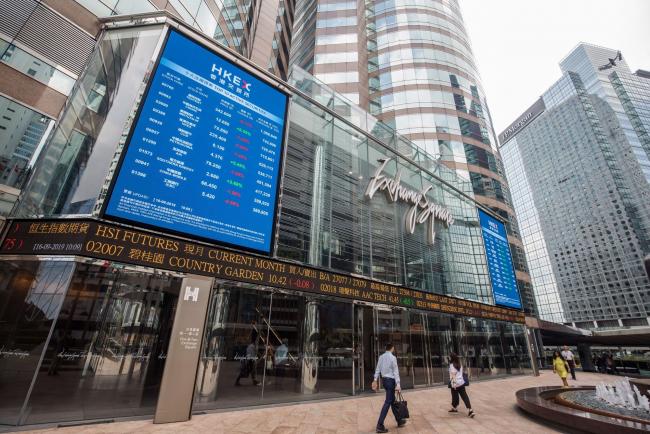 Hong Kong stock investors are the worst off in 16 years relative to the rest of the world as concerns mount over the impact of the coronavirus on an economy already reeling from last year’s protests.

The is near its lowest level relative to the MSCI All Country World Index since 2004, even after Monday’s brutal sell-off in the U.S. The Hong Kong gauge has also decoupled from mainland equities, falling to a three-year low relative to the CSI 300 Index.

Hong Kong already faced a gloomy outlook before the coronavirus emerged, as months of political unrest pushed the city’s economy into recession. Tourism has disappeared and retail is suffering, while concern over the impact of the virus on Chinese earnings is also weighing on mainland companies traded in the city.

“Hong Kong has a rather unbalanced economy, which relies heavily on sectors like retail and tourism that will be hit hard by the virus due to less mainland visitors,” said Ronald Wan, chief executive of Partners Capital International Ltd. “It’s a market with high risk at the moment.”

City officials aren’t offering much optimism to investors. Paul Chan, the city’s financial secretary, wrote last week that Hong Kong is facing “tsunami-like” shocks and may incur a record budget deficit in the next fiscal year, with coronavirus impacts being felt beyond retail, restaurants and tourism.

Hong Kong, restrained by a currency peg to the U.S. dollar, has no independent monetary policy. The city’s legislative council on Friday passed a HK$30 billion ($3.85 billion) spending plan for virus-fighting efforts and to assist businesses. Further steps are to be introduced Wednesday in the government’s budget proposal.

Everything China Is Doing to Support Its Markets During Outbreak

“While the Chinese government can utilize both monetary and fiscal policy tools to stimulate its economy, there’s nothing much Hong Kong can do on rates and money supply due to its U.S. dollar peg,” said Alex Wong, director of asset management at Ample Capital Ltd. “There’s no such option as a government rescue, so it’s normal to see lower stock valuations.”

Citigroup Inc (NYSE:). analysts said in a research note Monday that Hong Kong shares are liable to continue lagging mainland markets in March. There’s potential for Beijing to announce fresh stimulus next month, they wrote, adding that disappointing earnings news might hurt Chinese-listed equities less than those in Hong Kong. There, institutional investors have a bigger influence and are more worried about fundamentals than retail investors, who dominate Chinese trading.

“Many sectors, including retail, property and tourism, hadn’t recovered yet from the the protests last year and the market was still waiting for their annual reports to gauge the earnings impact,” said Alexious Lee, head of China strategy research at Jefferies Hong Kong Ltd. “Now that we also have the epidemic, nobody knows whether and how worse the Hong Kong fundamentals will be for 2020.”