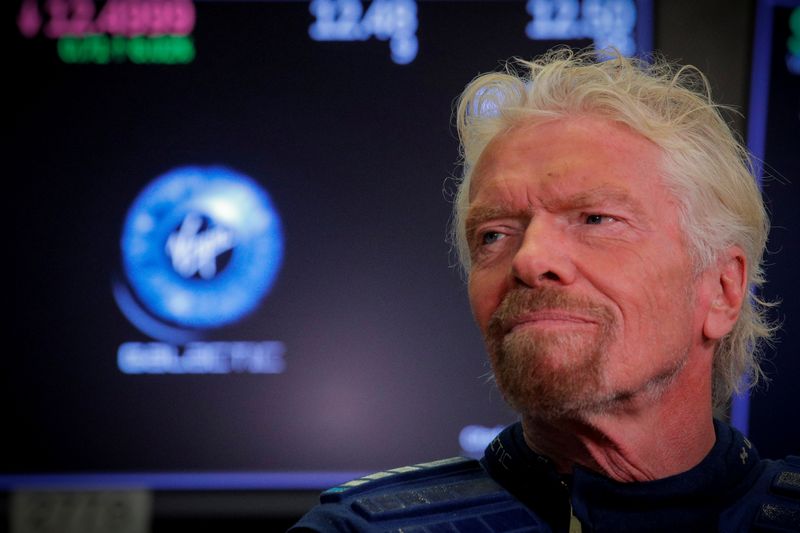 LONDON (Reuters) – British entrepreneur Richard Branson will unveil the “Scarlet Lady” on Friday, a 60,000 tonne cruise liner complete with a tattoo studio and yoga deck aimed at drawing in a younger generation of holiday-makers.

Despite the unfortunate timing, with passengers on one ship quarantined after hundreds caught the coronavirus and another turned away by five countries over fears someone on board may be ill, Branson sees cruises as a growth area.

With the Virgin brand already offering everything from airlines to banking, TV, healthclubs and travel, he has set his sights on a boutique hotel-style pitch.

“I have dreamed of starting my own cruise line since I was in my 20s and I’m thrilled that moment has arrived,” he said in a statement.

“The Scarlet Lady is truly special and we’ve worked with some of the world’s most sought-after designers, artists and architects to craft an extraordinary experience.”

The launch date though comes at an undeniably awkward time.

The coronavirus epidemic, which originated in mainland China and has killed more than 2,100 people, has taken a toll on cruise operators as travel restrictions and the fear of it spreading have also led to cancellations of trips in the Far East.

Virgin Voyages will unveil the first of four ships in Dover on the south coast of England before she sails on to the United States for a maiden voyage around the Caribbean in April.

Demand for cruising holidays has leapt over the past decade, with some 32 million passengers expected to set sail in 2020, a figure that has almost doubled since 2009.

The United States is the biggest market for passengers, with the Caribbean and Mediterranean the most popular destinations for the leading cruise lines including Carnival (NYSE:), Royal Caribbean and Norwegian.

Like other Virgin brands, Branson’s Voyages line will target younger tourists with spas, a gym, 20 restaurants, DJ sets, drag queens and a vinyl store. Children are not allowed.

Apart from the virus, the cruise industry has also been forced to address its environmental impact and improve its cooperation with ports to prevent multiple ships from flooding thousands of tourists into tiny coastal communities at once, destroying their way of life.

Virgin Voyages says it is one of the first cruise lines to use Climeon, a technology that generates electricity from the heat of the ship’s engine to reduce its demand for fuel, while it will also purchase carbon offsets.

Built at the Fincantieri shipyard in Italy, the Scarlet Lady will host 2,770 passengers and 1,160 crew.