Home
Stocks
As analysts lower expectations, 2020 earnings will beat — but risks to the market linger, Goldman forecasts
Prev Article Next Article
This post was originally published on this site 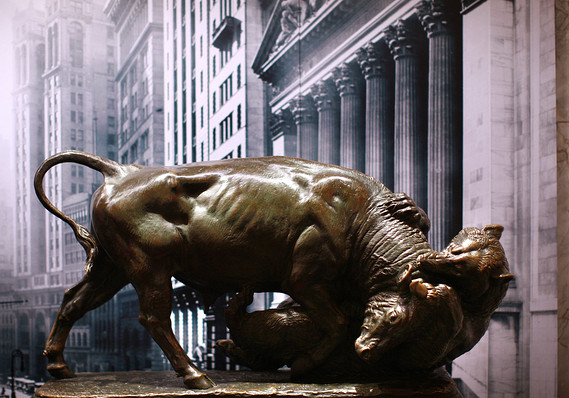 As fourth-quarter earnings season winds down, analysts are looking ahead to corporate results in 2020. In a note out Monday, Goldman Sachs strategists summarized their views: earnings are likely to clear a low bar this year, they think, but “risks are tilted to the downside,” margins will come increasingly under pressure, and performance will likely be heavily concentrated in just a few behemoth companies.

Consensus estimates for per-share earnings in 2020 have been revised lower since Q4 earnings season started, the Goldman team noted. That is the way analysts normally approach earnings forecasts, they wrote: “since 1985, during the entire estimate period, bottom-up estimates have been revised higher during just 7 years.”

It was also the case in Q4 2019. The consensus called for a 1% aggregate decline in earnings per share, but instead EPS rose 2%. If the massive 40% drop in the energy sector is stripped out, it was 5% higher.

For the coming year, the Goldman analysts forecast S&P 500 EPS growth of 6%, just below the broad consensus call for 7% growth.

Market observers have for some time expected that 2020 earnings would be stronger, by virtue of being compared with the weak conditions that prevailed in markets and the economy throughout 2019. Still, the first weeks of 2020 have brought surprises, like the coronavirus outbreak, that no one predicted last year.

Of 364 companies that had held Q4 earnings calls through last Friday, 138 mentioned the term “coronavirus” on the call, and about one-quarter of those mentioned some impact from the outbreak, or modified their guidance as a result, according to FactSet.

On Monday, Apple Inc. AAPL, -2.82% became one of the most high-profile companies to warn about a hit to sales from the slumping Chinese economy.

The Goldman team warned again that corporate margins would see only “limited” expansion through 2021, thanks mostly to a strong labor market that is pushing wages higher.

“The margin outlook is likely to remain challenging unless companies are able to raise prices to pass through costs or the labor market cools,” the analysts wrote. They forecast margins will expand by 18 basis points in the next two years.

“Mega-cap earnings strength contrasts with small-cap earnings weakness,” the Goldman analysts wrote. “The Russell 2000 experienced a 7% earnings decline during the fourth quarter, as many smaller firms posted weak top-line growth and had difficulty absorbing rising wages and other input costs.”