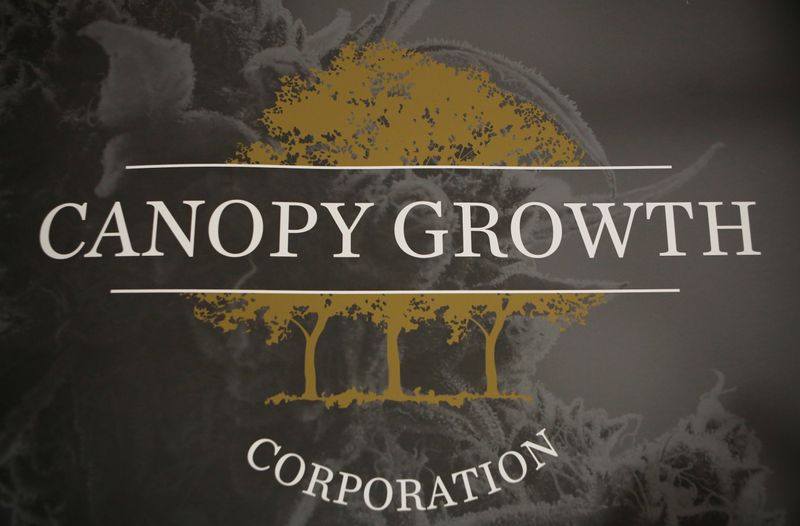 By Shariq Khan and Nichola Saminather

(Reuters) – Canada’s biggest cannabis producer, Canopy Growth Corp (TO:), is conducting a “thorough strategic review” of its production facilities to focus on its most lucrative markets and product lines, company executives said on Friday.

The company, which reported a smaller-than-expected third-quarter loss on Friday, also aims to lift its gross margin to 40% in the short term, from 34% in the third quarter, said David Klein, who took over as Canopy’s chief executive last month.

Klein, on a conference call with reporters, said he wants to “define a very visible path to profitability and positive cash flow.”

“This means deciding where we won’t play as well as where we will,” he said, adding that Canopy must also “move faster and make bolder moves” in the United States.

More than a year after Canada legalized recreational marijuana, producers are scrambling to turn profitable as fewer-than-expected retail stores and exuberant expansion weigh on sales and lift costs, while a cash crunch threatens many companies’ survival.

Canopy, which received a $4 billion investment from Constellation Brands (N:), is better positioned than rivals, but has still come up against a turn in investor sentiment.

Canopy had cash and cash equivalents of C$1.56 billion, down from C$2.48 billion at the end of March.

Canopy will also reduce share-based compensation by as much as 40% from the third quarter’s C$56.8 million, and pull back from deals, Klein said.

“They’re nowhere close to posting a profit… and their free cash flow is quite negative, but it’s going in the right direction,” said Jason Zandberg, an analyst at PI Financial, who expects Canopy to follow rivals Aurora Cannabis (TO:), Tilray (O:) and Hexo (TO:) in cutting jobs.

Canopy aims to increase market share in Canada to about 30% from 22% in the latest quarter, but that could be a bumpy ride due to lower prices from rivals, Klein said.

Sales of higher-margin cannabis derivatives, including edibles, vape products and beverages, began in Canada in December.

Canopy posted a loss of 35 Canadian cents per share excluding items in the quarter, smaller than analyst estimates of 49 Canadian cents.