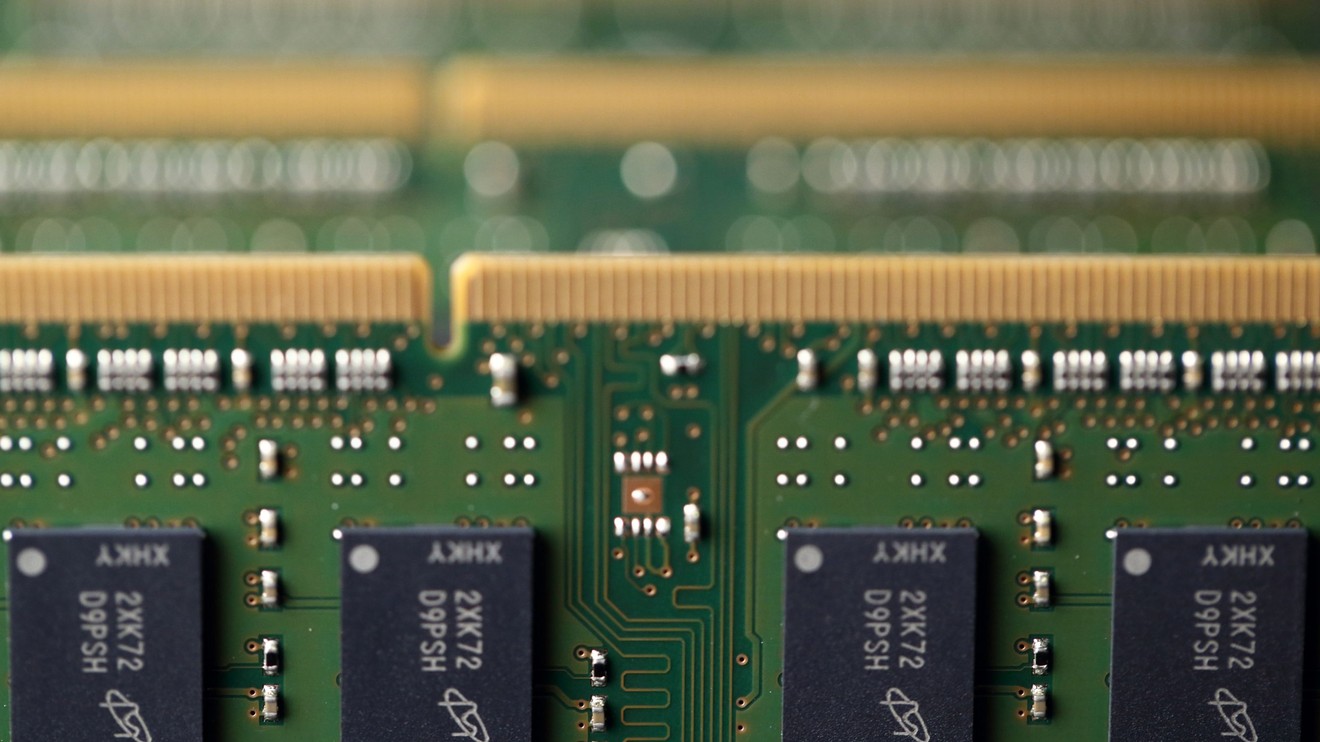 Micron Technology Inc. shares rallied to lead gains among chip maker stocks Wednesday after another analyst declared the memory-chip glut of 2019 over and boosted his rating on the stock.

On Wednesday, UBS analyst Timothy Acuri raised his rating on Micron to a buy from neutral, and hiked his price target to $75 from $47, on the basis that the memory market is setting Micron up to be able to “materially outperform over a sustained period of time.”

“We consider both the cyclical and structural aspects to both MU and the memory industry as a whole and conclude that MU is in a much stronger position in a structurally better industry on the cusp of a cyclical upswing that, for DRAM, should last deep into C2021,” Acuri said.

Micron specializes in DRAM and NAND memory chips. DRAM, or dynamic random access memory, is the type of memory commonly used in PCs and servers, while NAND chips are the flash memory chips used in USB drives and smaller devices such as digital cameras.

Acuri said he sees “clear signs that the industry is moving toward a somewhat undersupplied environment” in DRAM and expects a “full” seven quarters of undersupply that will extend into 2021. For NAND, Acuri expects the market to be “somewhat” undersupplied in the first half of 2020 with “the industry tipping back into moderate levels of oversupply” in 2021.

“After a pause in H2:2018/2019, we are seeing indications that hyperscalers are resuming purchases of server DRAM as inventories have normalized,” Acuri said. “Our field work indicates that hyperscaler procurement accelerated in December 2019, with robust forecasts for 1H:20.”