Home
Stocks
1 in 5 Americans get hit with a $2,000 medical bill after elective surgery — here’s how you can avoid being one of them
Prev Article Next Article
This post was originally published on this site 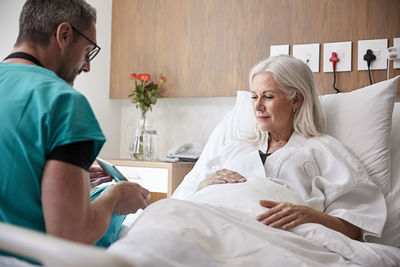 Americans are facing jaw-dropping surprise medical bills at alarming rates, even when their doctor is in-network, new research suggests.

One in five Americans who undergo elective surgery — or surgery that they schedule in advance — incur unexpected out-of-network medical bills.

That’s according to a study of nearly 350,000 people published Tuesday in the Journal of the American Medical Association authored by a team of six medical professionals from the University of Michigan.

Elective surgery differs from emergency surgery because “patients can usually choose in-network surgeons and facilities,” the study states. “However, they can rarely choose other involved clinicians (eg, assistants, anesthesiologists, pathologists).”

The study looked at patients who received a surprise bill after having one of seven common elective operations “by an in-network primary surgeon at an in-network facility,” between 2012 and 2017. An in-network provider means one that accepts the patient’s health insurance.

The patients who incurred surprise medical bills ended up owing $2,011 more, on average, the study found. That’s in addition to the nearly $1,800 cost the average privately insured patient would owe to their insurance company for elective surgery.

The $2,011 potential surprise bill patients receive is a result of a practice called “balance billing,” the study authors wrote. This occurs when an insurance plan pays a fraction of the cost an out-of-network health-provider charged. Patients are then responsible for paying the difference, or the balance, between the charges and what the insurance plan agrees to pay.

“The reason this is happening is because doctors choose which insurance they take” — and they don’t always consult with fellow doctors at their practices, said Dr. Karan Chhabra, an author of the study.

Chhabra advises patients protect themselves from surprise bills by finding out before their surgery whether everyone who is treating them is covered by their insurance. This includes anesthesiologists and assistants.

If a patient finds out that they aren’t fully covered, they should consult with their surgeons ahead of time to see if their is an in-network option, he said. If there isn’t, the patient should be proactive and contact their insurance company ahead of time to get a written breakdown of what they will be charged out-of-pocket.

Receiving care from a hospital where every provider is in-network greatly lowers the likelihood of receiving a surprise bill. Still, it can “ultimately be out of out the patients’ hands,” Chhabra, a National Clinician Scholar at the University of Michigan Institute for Healthcare Policy and Innovation, said. This is often the case when there are surgical complications that require more medical personnel.

People making less than $35,000 a year have the most difficulty paying medical, dental or prescription drug pills, according to a survey last month from the Robert Wood Johnson Foundation, Harvard’s T.H. Chan School of Public Health and National Public Radio.

Lawmakers are working on several plans to alleviate health-related expenses

In 2019, President Donald Trump issued an executive order to mandate hospitals to publicly display their prices.

The House Education and Labor Committee proposed the Ban Surprise Billing Act last year. The act would require hospitals to notify patients and get their consent at least 24 hours in advance if they will be receiving any out-of-network treatment.

On Friday, the House Ways and Means Committee released a bill that calls on insurers and providers to settle disputes through arbitration. It would also require insurance companies to provide patients with an advanced breakdown of their explanation of benefits, including indicating the network status of providers.

Of the two pieces of legislation, Chhabra said the Ban Surprise Billing Act would help patients the most.

Caitlin Donovan, director and spokeswoman for National Patient Advocate Foundation, a Virginia-based nonprofit that advocates for patient access to affordable health care, said she supports any piece of legislation that makes it easier for patients to understand medical expenses.

“We just care the patients aren’t responsible for these high out-of-network costs,” she said. “Patients will come to us with issue X and a lot of time they don’t have the right insurance vocabulary — they don’t understand deductibles and premiums.” In some cases, they have no idea what they are, she said.

The NPAF receives funding from the government as well as industry donations. In many cases, it provides direct financial assistance to patients. If the foundation can’t provide direct financial assistance, it will find other ways to help patients save money. This includes reaching out to the American Society for the Prevention of Cruelty to Animals to get pet food donated on behalf of patients.

As more patients are being hit with surprise medical bills the foundation does not have nearly enough case managers to respond to everyone in a timely matter, Donovan said. “There should really be one of us in every county across the country.”