Home
Stocks
The Margin: This is the most dangerous thing to do on your phone while crossing the street
Prev Article Next Article
This post was originally published on this site 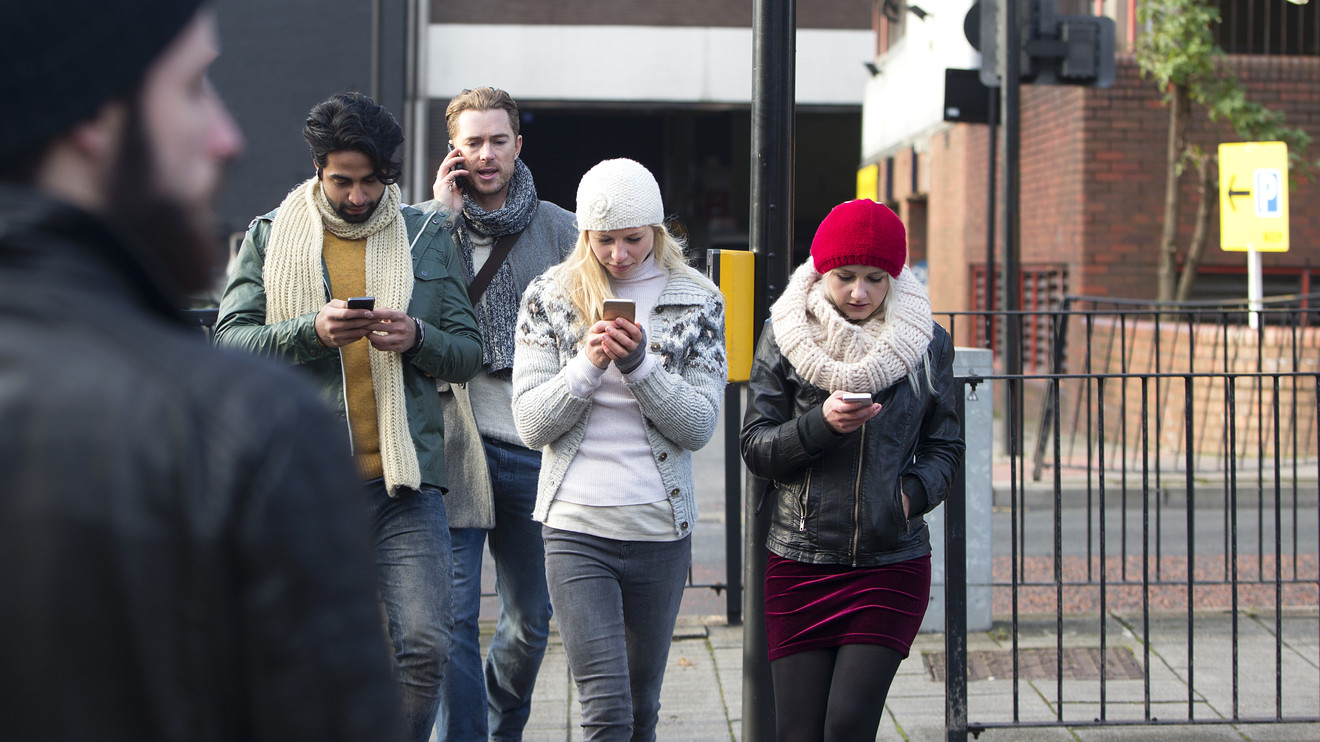 People who send text messages from their smartphones while crossing the street compromise their safety more than the users who talk on the phone or listen to music while out and about, according to a new study published in the journal Injury Prevention.

Researchers from the University of Calgary in Canada pooled data from 33 studies related to smartphone use, distracted walking and pedestrian accidents, which involved 872 people. They looked at the time it took pedestrians to start walking or to begin crossing the street; their missed opportunities to safely cross the road; whether they looked both ways before crossing; as well as any collisions or “close calls” with other pedestrians and vehicles.

The first set of findings should be music to any Spotify SPOT, +6.48% or Pandora fan’s ears: listening to music was not associated with a greater risk of potentially risky pedestrian behaviors.

As for chatty device users, talking on the phone was associated with a small increase in the time it took the person to start crossing the street, as well as slightly more missed opportunities to cross safely.

But text messages proved to be the most dangerous distraction, as texters were “significantly” less likely to look left and right before crossing the street, according to the analysis, and they showed moderately increased rates of collisions and close calls with other people and vehicles. Those who were busy texting also took longer to cross the road, and missed more opportunities to cross safely.

More pedestrians and cyclists were killed in motor-vehicle crashes in the U.S. in 2018 than in any year since 1990, according to the National Highway Traffic Safety Administration.

While the researchers could not prove causation, they issued this warning: “Given the ubiquity of smartphones, social media, apps, digital video and streaming music, which has infiltrated most aspects of daily life, distracted walking and street cross will be a road safety issue for the foreseeable future.”

Indeed, Americans spend most of their waking hours staring at screens. The average person spends more than 11 hours on a tablet or phone every single day.

More than 11,000 people were injured between 2000 and 2011 while walking and talking on phones, according to a 2015 National Safety Council report. And the number of pedestrian deaths is on the rise, with more pedestrians and cyclists killed in motor-vehicle crashes in the U.S. in 2018 than in any year since 1990, according to the National Highway Traffic Safety Administration’s most recent report. The National Safety Council added “distracted walking” as a major concern in 2018, stating that “we are losing focus on our surroundings and putting our safety and the safety of others at risk.”

Some U.S. cities such as Honolulu; Montclair, Calif.; and Rexburg, Idaho, are trying to curb these accidents by making it unlawful to cross a street while looking down at a phone, while Connecticut, New Jersey and New York have introduced legislation to put statewide bans on distracted walking.

Read more: Ever cross the street while texting on your phone? New York may make that illegal

And distracted walking isn’t the only health risk. The number of cellphone-related head and neck injuries has risen steadily over the past two decades, according to the Rutgers New Jersey Medical School in Newark, which observed major injury increases from 2007 — when Apple AAPL, +3.30% introduced the iPhone — onward. They were mostly head injuries, followed by face and neck injuries, in the form of cuts, bruises and scrapes, along with internal-organ injuries. Some 7,240 accidents happened when someone used a cellphone while driving; 5,080 occurred when someone used a phone while walking; and 1,022 happened when someone was texting.

Read more: There’s been a disturbing rise in cellphone injuries over the past 20 years

And then there are the tech-related repetitive strain injuries such as “selfie elbow,” “texting thumb” and “iPad neck,” which result from overuse of smart devices.

Read more: Yes, iPad neck is real — do you have it?