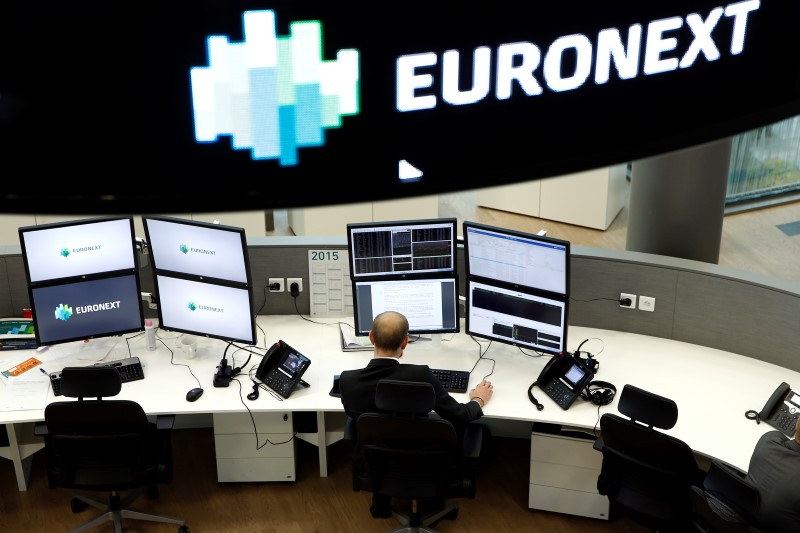 Investing.com – European stock markets moved sharply lower Thursday, weighed by weakness in Asia as the death toll from the coronavirus continues to mount, and amid reports that the virus has now spread to India.

Overnight China’s National Health Commission said the total number of confirmed deaths had reached 170 as of late Wednesday, with the number of infected patients approaching 8,000. Infections have been reported in at least 15 other countries and in every province of mainland China.

The efforts to curtail the growth of this virus are likely to have a significant negative shock on growth in the second largest economy in the world, something Federal Reserve Chairman Jerome Powell acknowledged during his press conference late Wednesday. The central bank decided to keep its interest rates on hold nonetheless.

JPMorgan (NYSE:) economists on Thursday said these events could knock China’s growth in this quarter from a previously-forecast 6.3% to 4.9%, for a year-on-year figure of 5.6%.

Turning back to Europe, the earnings season continues at a pace with a number of heavyweight companies reporting their latest figures.

BT Group (LON:) slumped over 4% after the telecoms giant reported a drop in sales and underlying profit for the nine months to December. CEO Philip Jansen also stated that the U.K.’s decision to allow Chinese firm Huawei limited access to the U.K.’s 5G phone network infrastructure would have “an impact of around 500 million pounds over the next five years.”

Deutsche Bank (DE:) posted a hefty full-year net loss of 5.3 billion euros ($5.8 billion) as part of its huge restructuring. That said, this news is largely baked in and the company’s shares were the top performer in the , thanks to a windfall from bond trading in the fourth quarter.

Unilever (LON:) said pretax profits for its full year fell by one-third, citing a significant slowdown in its South Asian markets. That said, its shares rose around 1% as the consumer goods company weighed up the sale of its tea business.

Shares in Diageo (LON:) climbed 0.5% after the alcoholic beverages company reported 6% organic sales growth in the first half of its fiscal year in both North America and Asia Pacific.

Eyes will also be on the Bank of England, with an announcement from its rate-setting Monetary Policy Committee due at 07:00 AM ET (1200 GMT). There is a degree of uncertainty surrounding this meeting. A series of dovish comments by MPC members had stoked up expectations of a rate cut, but the economic data which have followed have generally been positive.

Elsewhere, German unemployment figures for January came in marginally better than expected, but not by enough to change the outlook for ECB policy.