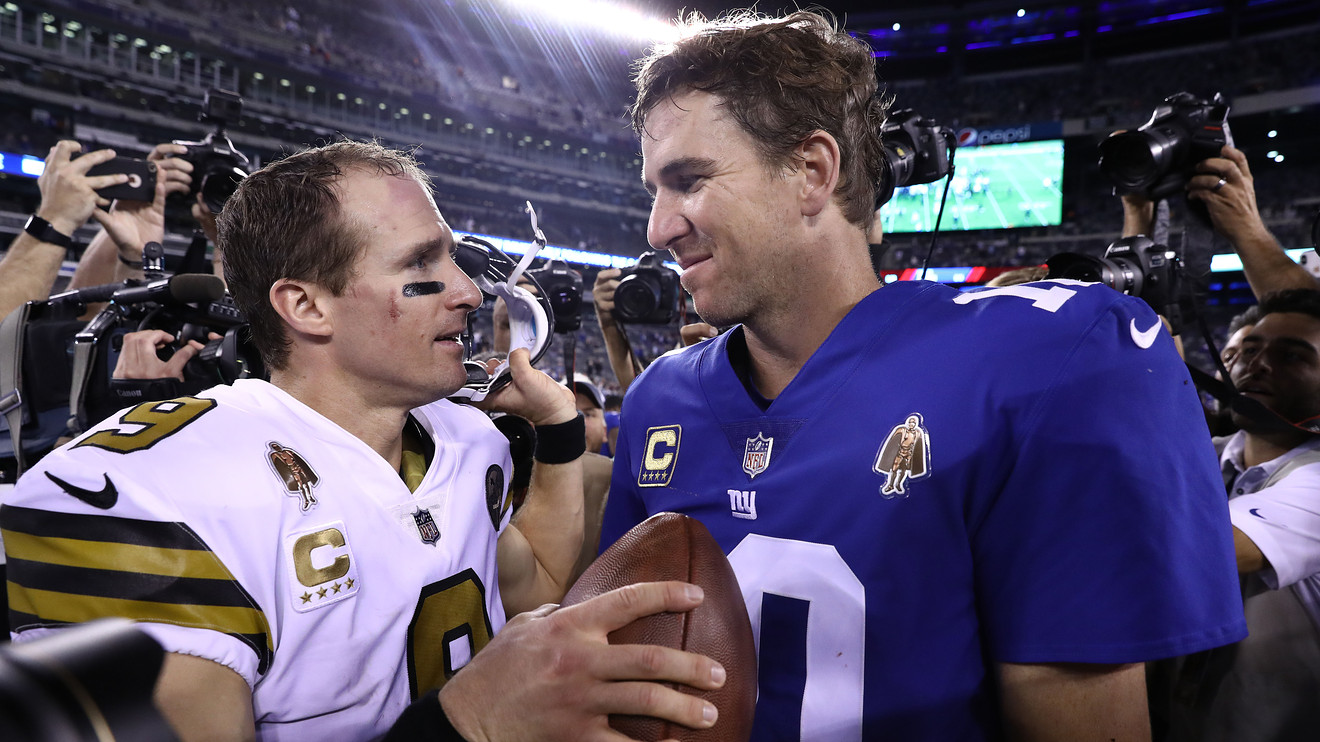 Eli Manning’s retirement may be as sweet as a winning touchdown, but he won’t be the only one the NFL will treat well in retirement this year.

Veteran football players receive a host of retirement benefits after they walk off the field for the last time. Though they may not do as well as Manning — the 39-year-old New York Giants quarterback had a 16-year career and is the highest paid football player in history — there are still numerous benefits the National Football League provides its retired players.

Manning, who helped his team notch two Super Bowl wins, earned $252 million over his career, and announced recently that this season was his last. Other players have yet to say whether they’ll retire in the 2020 off-season.

New England Patriots quarterback Tom Brady, 42, said retirement was “pretty unlikely” but “I’m not going to predict it.” New Orleans Saints quarterback Drew Brees, 41, said he’ll reveal his retirement decision in “a month or so.” Other players potentially exiting the game include Philadelphia Eagles center Jason Kelce, 32, who suffered injuries last year, and Anthony Castonzo, the 31-year-old Indianapolis Colts offensive tackle, who has started all 132 games he’s played in the last nine years, according to ESPN.

See: Colin Kaepernick ‘still ready’ to play for the NFL after being ‘denied work for 889 days’

The NFL has a generous retirement package for most of its players, advisers who work with the league’s athletes said. Many football players receive a pension, a severance package after 12 months off the field, an annuity, a separate retirement benefit known as a capital accumulation plan and a 401(k) with a generous employer match (as much as $2 for every $1 the player puts in, up to $28,000 of employer matches a year). Some players also get covered health care for five years into their retirement. The 401(k) contribution limit for individuals is $19,500 in 2020, which means football players could contribute as much as $47,500 this year.

“If you manage it properly, you can have a nice income to supplement another career,” said Evan Shear, a registered financial adviser with the NFL Players Association. “We know there are more days after your playing days than your playing days.”

But there are caveats, even for the players who earn multimillions. Pensions are only available to football players with three credited seasons, but the average career for NFL players player is less than that, said Steve Goldstein, a CPA with Grassi and Co., who works with athletes. “There is a high likelihood a majority of the players may not be eligible for the pension,” he said. “[Manning] is an exception to the rule.”

The amount an athlete gets from their pension or severance package is also tied to a few factors, including the player’s salary (which is not typically as high as Manning’s). The minimum salary a new NFL player can earn in 2020 is $510,000, while someone with three years of experience would earn at least $735,000, according to the NFL’s collective bargaining contract. Pensions are only accessible beginning at age 55, Shear said. If they delay withdrawing from their pension, the benefit will be higher, he added.

Manning could collect about $107,280 a year once he turns 55, according to a Society of Actuaries analysis of the NFL Players’ Pension Plan. Comparatively, Patrick Mahomes, the Kansas City Chiefs quarterback, could expect $26,160 a year beginning at age 55, and San Francisco 49ers quarterback Jimmy Garoppolo would receive $48,720 a year at 55, if they were to retire today.

The contract that sets those minimums — as well as the benefits they’d get in retirement — are set to expire this year, at which time the NFL Players Association and the league will need to bargain for a new one.

Also see: Why pro athletes may lose a fortune because of the new tax law

Although players can earn a substantial salary, their careers are short-lived and they retire at a much younger age than most Americans do. Players need their retirement benefits and savings to last them the rest of their lives, and many will need to find new career opportunities after their time on the field.

Some players become broadcasters, consultants or coaches, or they might start businesses, such as restaurants or clothing lines. If they were well-known players, they may also sign endorsements. Rob Gronkowski, who retired as a New England Patriot in 2019, is a commentator on FOX Sports. Michael Strahan, who spent 15 years as a New York Giant, now co-hosts Good Morning America on ABC. DIS, +0.25%  Some players also become financial advisers, such as former Seattle Seahawks defensive back Willie Thomas.

Athletes also need help budgeting and planning their finances for when they’re off the field for good, Shear said. Many players, in football and other sports, have suffered bankruptcies when they can no longer afford an expensive lifestyle.

“We try to get them early in their careers, to get them on a budget,” Shear said. “There are too many of these guys who get bad advice, or they’re not getting the advice, not willing to get the right advice or not listening to the advice.”

Not only are their annual salaries changing, but their livelihood. “The transition to the real world — that’s the hardest thing,” Goldstein said.