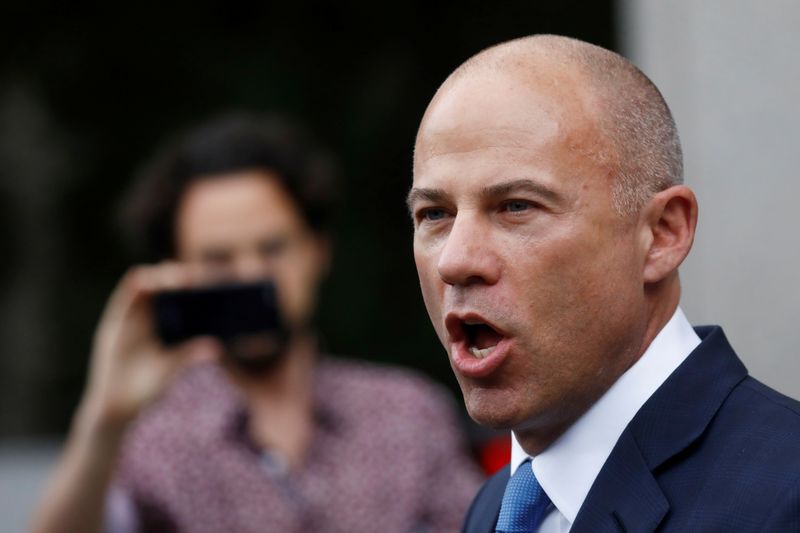 NEW YORK (Reuters) – Michael Avenatti was bent on a big payday when he demanded millions of dollars for himself from Nike Inc (NYSE:), a federal prosecutor told jurors on Wednesday in his opening argument at the extortion trial of the celebrity lawyer and prominent critic of U.S. President Donald Trump.

But a lawyer for Avenatti countered that the request was simply part of negotiations on behalf of Avenatti’s client, Gary Franklin, a basketball coach in a Nike-sponsored youth basketball league, and that Avenatti could not be held criminally liable.

“It’s true. Mr. Avenatti is brash,” his lawyer Howard Srebnick told the six-man, six-woman jury in Manhattan federal court. “Tenacious, bullish, hard charging … At times he may be offensive. But that’s not what we put people in prison for.”

Avenatti was charged with threatening to publicize his client’s accusations that Nike illegally paid families of college basketball recruits, unless the apparel company paid $15 million to $25 million for him and celebrity lawyer Mark Geragos to conduct an internal probe, and paid Franklin $1.5 million.

Prosecutors also charged Avenatti with defrauding Franklin by concealing a settlement offer from Nike, so that Avenatti could seek millions for himself.

Nike has denied wrongdoing. The trial could last 2-1/2 weeks, and Avenatti could face more than 40 years in prison if convicted.

Sobelman told jurors that Avenatti leveraged his fame to “shake down” Nike and “line his own pockets,” in part because he had large debts and his law firm was struggling financially.

The prosecutor told jurors they would hear recordings made at Nike’s behest of Avenatti making his demands.

“Why did the defendant do what he did? Simple. Money,” Sobelman said.

Srebnick countered that Avenatti was simply fighting for “a client who wanted justice” by exposing corruption in youth basketball, and who wanted a high-profile lawyer to help him.

“He had a platform to expose what happened at Nike,” Srebnick said, pointing several times at his client.

Avenatti looked in jurors’ direction for nearly all of Srebnick’s argument. Most focused on Srebnick.

Later this year, Avenatti faces separate criminal trials in Manhattan for allegedly defrauding Daniels out of book contract proceeds, and in California for defrauding other clients.

Avenatti was jailed and had bail revoked after his Jan. 14 arrest for an alleged bail violation in the California case. He is appealing the revocation.