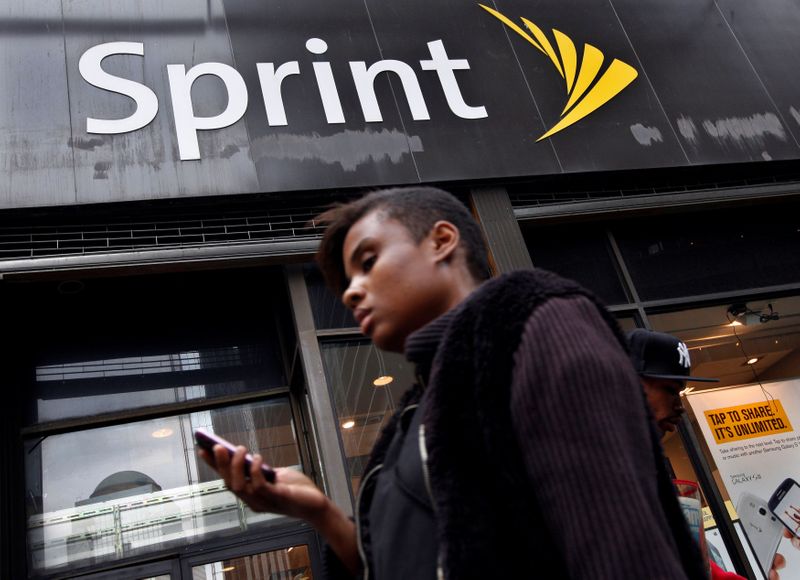 © Reuters. FILE PHOTO: A woman uses her phone as she walks past a Sprint store in New York’s financial district

By Neha Malara and Arriana McLymore

(Reuters) – Sprint Corp said on Monday it lost fewer mobile monthly postpaid phone subscribers than expected in the third quarter, benefiting from cheaper plans ahead of a merger with larger rival T-Mobile US (NASDAQ:) Inc .

Investors look at postpaid subscribers, or people who pay a recurring monthly bill, because they tend to stay with carriers longer and are more profitable than prepaid phone customers.

The company said it lost 115,000 postpaid phone subscribers during the quarter ended Dec 31. Analysts were expecting a net loss of 160,000 subscribers, according to research firm FactSet.

Sprint reported 1.87% postpaid phone churn, compared with 1.75% a year ago. New Street Research analysts pointed to the pace of Sprint’s decline, calling the prospects of the company grim if it does not reach a merger with larger rival T-Mobile US.

Sprint, the fourth largest U.S. wireless carrier by subscribers, is facing a multistate lawsuit against its $26 billion proposed merger.

T-Mobile and Sprint have said the merger will not lead to higher prices for consumers and would allow it to compete effectively with dominant carriers Verizon Communications Inc (NYSE:) and AT&T Inc (NYSE:).

Sprint focused its 2019 efforts on aggressively deploying its network of 5G, the next generation of wireless, to nine major cities. The company has not announced any new expansion plans as it hopes to solidify the merger with T-Mobile and use the combined strength of its larger competitor’s 5G network.

Net loss attributable to the company fell to $120 million in the quarter ended Dec. 31 from $141 million a year earlier. The current quarter included a non-cash tax benefit of approximately $300 million to reduce the valuation allowance related to certain historic net operating loss carryforwards.

The company reported an adjusted loss of 8 cents per share for the quarter, missing analyst’s forecasts for a loss of 5 cents per share, according to IBES data from Refinitiv.

Sprint shares were down 1.24% at $4.78 a share in early trading on the New York Stock Exchange.