Home
Stocks
TaxWatch: ‘Millions of taxpayers are leaving millions of dollars off their tax returns.’ Why Americans repeatedly overlook this lucrative tax credit
Prev Article Next Article
This post was originally published on this site 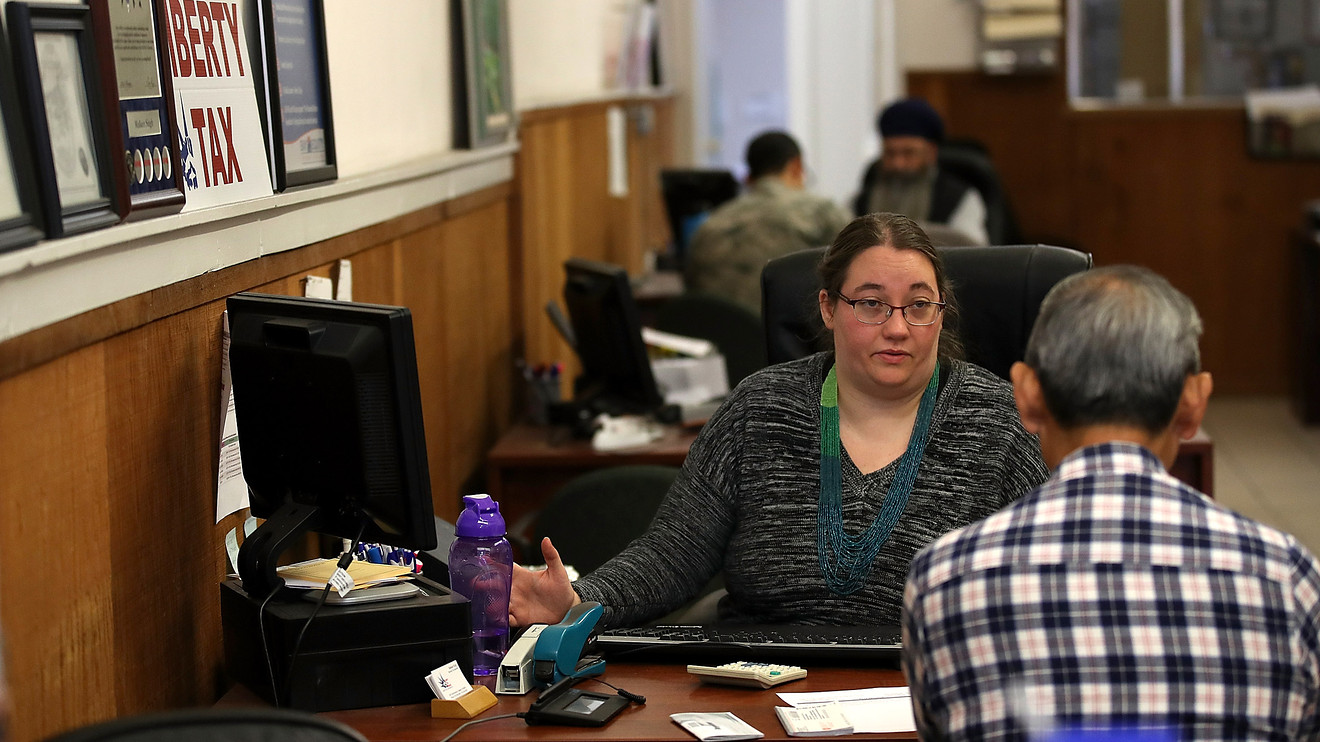 A new survey looks at knowledge of a crucial tax credit.

The Earned Income Tax Credit is designed to act as a cash infusion to low-income families. In fact, some experts have called it “one of the largest and most studied antipoverty programs in the United States.”

And yet, far too many taxpayers aren’t aware of the credit, according to a survey released this week. Some 44% possibly eligible for the credit — by making less than $40,000 a year — were not aware of it, according to a new survey from the tax preparation company Jackson Hewitt. More than half of the same group either said they did not qualify (20%) or didn’t know if they qualified (33%), according to the survey.

The results reinforce past research on lagging claim rates for a program that was started 45 years ago.

The current value of the tax credit for working families ranges between $529 and $6,557, depending on the number of children and marital status. The most an eligible individual can make is $50,162 a year while the most a married couple can make is $55,952 a year, according to the Internal Revenue Service’s rules.

“It’s an unfortunate statistic,” Mark Steber, Jackson Hewitt’s chief tax officer, said of the survey results polling 1,000 people earlier this month. Any untouched Earned Income Tax Credits (EITC) might mean taxpayers are also leaving other credits unused too, such as the Child Tax Credit, Steber said. That credit is worth up to $2,000 per qualifying child.

“Millions of taxpayers are leaving millions of dollars off their tax returns for no legitimate reason,” he said. “For a lot of reasons, some people think, ‘I don’t qualify, it’s a poor person’s credit.’” But it could apply for people with big swings in income or life changes, he said. “A lot more people qualify than you think.”

There may be some survey participants who didn’t know didn’t know the tax jargon but were still taking advantage of the EITC when sending their earnings information to a preparer or tax software, Steber acknowledged.

It’s a shame to miss out on deserved money, but the stakes are high when it comes this tax credit.

The Jackson Hewitt survey fits with other research suggesting there’s a gap between the taxpayers who are eligible for the credit and those who actually claim it.

The IRS — which is marking Jan. 31 as its 14th annual awareness day for the credit — has previously said around 80% of all eligible taxpayers take the federal credit.

The 80% claim rate has held roughly steady in recent years, even as more states have been requiring employers to tell workers about the credit, said Stanford Law Professor Jacob Goldin, who’s studied participation rates for the credit.

“The big gap is not a lack of awareness of the [EITC]. It’s a gap between those who don’t file any return at all” and those who do, he said.

This year, a single person needs to get paid at least $12,220 before they have to file a federal return. They could forgo filing and miss out on a refund from a $529 EITC credit, if they are childless.

Other researchers and advocates have pointed out that while audit rates are slipping, taxpayers claiming the EITC may be getting disproportionately singled out for exam.

More than one-third of all audited individual returns were selected for review in fiscal year 2018 because of an EITC claim, said the Taxpayer Advocate Service, an internal IRS watchdog. However, EITC claims comprised only 18% of 2017 returns, the agency said.

What’s more, it’s less likely taxpayers will put in for the EITC in the years following an audit, IRS and the University of Texas researchers and economists said in a 2018 study.

In his own 2018 study on the issue of participation rates, Goldin argued that the best way to increase filing rates is to connect more people with tax software or professional preparers, rather than pushing more notifications about the EITC on taxpayers.

Other researchers in California tested whether text messages and letters telling over 1 million state residents about the credits in 2018 and 2019 would boost the number of participants.

The outreach did not increase the participation rate, according to Tuesday findings.

The attempted nudges might not work because “claiming the credits means filing taxes, something many low-income people wouldn’t otherwise have to do,” said Elizabeth Linos, a public policy professor at University of California, Berkeley, who co-wrote the report.

“That entails significant administrative burden: compiling paperwork, finding time and help to get taxes filed, and sharing sensitive information about finances and household composition. Those challenges may be pushing away the very people these credits are supposed to help.”